Hundreds of thousands of refugees in Northern Kenya's Kakuma and Dadaab refugee camps are frightened about their future after being told by the government that they must return to their homes by next year, which they had fled some years ago due to terrorist attacks and calamities such as drought and famine. 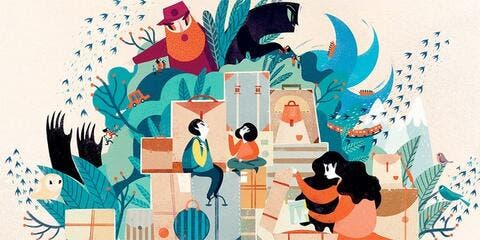 Being a Refugee Through Young Eyes!

They are still haunted by the horrific scenes back home, as well as their long, perilous, and risky escapes from terrorists, militants, and gunmen on their way to Kenya.

Hermand Mamadou fled Congo with his family in 2016, and while his village was not under attack at the time of his escape from a militant-controlled area, people were restless and in a state of fear and panic.

The Kenyan government is once again cruelly threatening the 400,000 residents of Dadaab and Kakuma refugee camps with forcible return to dangerous Somalia with nothing unless they take "voluntary" return now with a small cash payment. https://t.co/8btE6PJmjs pic.twitter.com/leQ8u0lq1N

"I knew there was no turning back when I took that first step outside my house. I could hear the guns, screams, and explosions from neighboring villages. I knew that if I didn't run, my son and wife would be next," he recalled.

Mamadou, a former accountant turned gold broker, approached his neighbor, and demanded around $200.

“I asked my neighbor, Eltnoh Victorie, for $200 to use as transportation,” 56-year-old Mamadou remembers, adding: “I told him you can have everything that I have left behind, including my livestock.”

After getting the money, he said, he did not waste any time and jumped on his motorbike and fled the village. He drove for as long as he could until he ran out of fuel. But at least he was far from his hometown.

And it was not until he made it to Kenya's Kakuma refugee camp, where he learned of the deaths of many people from his village, including his neighbor, that he noticed what had happened.

Mamadou and others who have fled pain, misery, and torture in their home countries have found refuge in the Kakuma refugee camp.

Many have taken protection in Kakuma, while some have begun to rebuild their lives about 500 kilometers (310 miles) away in the Dadaab refugee camp. Others, who arrived in the 1990s established businesses, while some were engaged as professional workers in their fields.

Asylum seekers have brought with them a rich culture and expertise, which has benefited Kenya's host communities.

Mamadou has learned since arriving in Kakuma that the Kenyan government intends to close the two camps and repatriate the refugees.

“It's very sad that they're returning us to the same places we escaped from," he said pessimistically, fearing that they "will be killed as the places aren't yet safe."

"They're even worse than when they left them," he said, adding that sending them during the pandemic is a bad decision that he hoped the Kenyan government will reconsider.

According to the UN refugee agency, a majority of refugees and asylum seekers in Kenya are from Somalia (54%). Other major nationalities are South Sudanese (24.6%), Congolese (9%), and Ethiopians (5.8%).

As of the end of January, people of concern from Sudan, Rwanda, Eritrea, Burundi, Uganda, and other countries accounted for 6.8% of the overall population of 508,033.

"Many people are being killed right now in areas where we used to live,” said Kofi Negasi, an Ethiopian refugee. "You may find reports about it in newspapers, on the radio, and even on television. Instead of sending me back to Ethiopia, I'd rather they kill me and bury me here."

Yuusuf Liban, a Somali refugee, said the area near where he used to live in Somalia is still rife with militancy and insecurity due to al-Shabaab terrorist activities.

“I pleaded with them not to return us to the hostile environments. Drought and famine will certainly kill us if (not) the terrorists. We don't want to see the camps close down," Liban remarked.

The Kenyan government gave the UN refugee agency a 14-day deadline on March 24 to come up with a plan to close the Dadaab and Kakuma refugee camps.

Kenyan Interior Minister Fred Matiang'I said in a statement that he has provided Commissioner Filippo Grandi a timeline for the closure of the Kakuma and Dadaab refugee camps by June 30. The process, planned to begin on May 5, 2022, will be expedited by a government team and UN refugee agency experts.

The UN High Commissioner for Refugees (UNHCR) quickly responded to the ministry, saying that evicting the refugees from the Dadaab and Kakuma camps, which have populations of 218,873 and 196,666 registered refugees, respectively, will be catastrophic.

As the world marks World Refugee Day, many refugees, like Yuusuf Liban, Kofi Negasi, and Hermand Mamadou, are calling on the international community to intervene to save their lives. They also urged the Kenyan government to keep the camps open.

In November 2016, Kenya announced plans to close the Dadaab refugee camp, citing it as a security threat to Kenyans.

Kenya alleged that al-Qaeda-affiliated al-Shabaab terrorists who attacked Garissa University in 2015, killing over 140 students, were aided by sympathizers from the Dadaab refugee camp, citing this as the primary reason for the camp's closure.

The Kenyan government's plan to close the refugee camps, which house over half a million people, mostly Somali refugees, was temporarily halted by the Kenyan High Court on April 8. 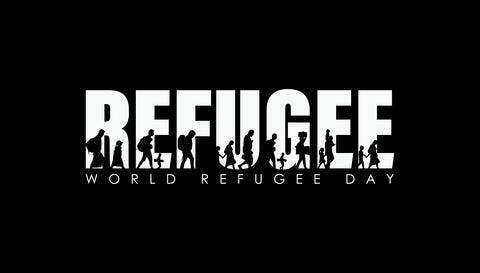 In a statement, Human Rights Watch said: "Kenya needs to maintain asylum and consider allowing refugees at long last to integrate. They could start by opening up, not closing, the camps and allowing those forced to live there freedom to move."

The Human Rights Watch also asked donor governments to provide financial support and resettlement opportunities that can keep a glimmer of hope alive for those living in the camps.