Libya, a country that has been submerged in chaos since 2011, is about to fall even deeper into disarray as one of its main strongmen is rumored to either be dead or be seriously ill.

Libya’s Khalifa Haftar, the leader of the Libyan National Army (LNA), is said to have suffered a serious stroke, and has suffered irreversible brain damage, or is dead.

If he falls, the fragile coalition of militia and tribal forces he gathered to constitute the LNA may splinter, causing new shockwaves of violence to engulf much of the country, which could affect much of the world.

If Haftar served as the linchpin holding the LNA and much of Libya together, losing him may unspool all the layers of militias, tribes, community leaders and governments’ support that he worked to wield in his quest to control Libya.

His departure from Libyan politics could also have massive repercussions for much of the world. Libya stands as a regional and global hub of arms, drugs and human trafficking, and groups like ISIS and al-Qaeda in the Islamic Maghreb (AQIM), stand to gain new maneuverability through Libya and markets in the Middle East, Latin America and Europe if Haftar’s LNA is not there to fight them back.

To put it simply: what happens inside Libya reverberates throughout the rest of the world.

One government, called the Government of National Accord (GNA), is based out of Tripoli and has backing from the United Nations (U.N.). The GNA controls much of the Western Libya coastline in addition to some land in the southwest.

The other government, the LNA, is based in Tobruk to the east, and controls much of the eastern coastline in addition to Benghazi, and has the backing of Egypt, Russia and the U.A.E.

Haftar has led the LNA, and is essentially a warlord who controls massive swathes of territory. In 2014, he launched Operation Dignity, which aimed to purge Libyan cities and towns of Islamist militant groups while capturing more power for Haftar.

The operation was largely a success; he gained the support of many tribes inside Libya, which cemented a key network of support for Haftar, and successfully captured Benghazi from militants groups including ISIS-affiliates.

Each government though, is still vying for national power and legitimacy, and until now have appeared stuck in a stalemate, unable to deal any decisive blow to claim Libya. Meanwhile, militant groups have formed, split, coalesced, and devolved much of Libya into a kind of no-man’s land of lawlessness.

What Haftar’s Health Means for Libya

A fire inside an oil facility in Libya, set by ISIS militants (AFP/FILE)

Haftar’s cult of personality, unparalleled military experience, and ability to unite disparate interests around him, will be extremely difficult if not impossible to replicate for the LNA.

In anticipation of an eventual successor, Haftar groomed his two sons, Saddam and Belgacem, to replace him. Al Bawaba asked Elissa Miller, a fellow at the Atlantic Council's Rafik Hariri Center for the Middle East, about the LNA’s fragile situation.

“I don't think his sons will be capable of maintaining Haftar's fragile coalition,” Miller stated bluntly.

“There are already indications that the LNA is fracturing internally. There are components within the LNA that were discontented with the high level positions giving to his sons in the LNA. And there are groups in eastern Libya that oppose the domination of Haftar's Furjan tribe, such as the Awaqir tribe, that might try to take advantage of the situation to reclaim influence.”

Haftar had a rare ability to unite and co-opt tribes under his political order, and in his absence, the LNA may fall apart. “Haftar was a very particular figure that was able to hold a very diverse force together, but I think it will prove to be a fragile coalition without him,” Miller added.

Already, there are signs that the LNA is under pressure both internally and externally.

Just after the rumors of Haftar’s health went public, his chief of staff and most trusted advisor, General Abdel-Razeq Nathouri, survived an assassination attempt.

“Nathouri survived an assassination attempt when a car bomb was left on the street and exploded when his motorcade passed near it. He was not hurt,” a spokesperson for the LNA tweeted out.

Members of Haftar’s LNA reportedly withdrew from the southwestern town of Sabha after hearing news of his health condition.

The LNA, in other words, is already losing territory and is being targeted as a result of Haftar’s failing health.

Internal tribal pressures within the LNA will accelerate the collapse of central order within the group and could re-draw the Libyan political map entirely if no force is able to reunite the interests that have formed the LNA.

"The most likely outcome is jockeying for power and micro-negotiations as the parameters of the various deals groups have are now in greater flux," said William Lawrence, a professor of international affairs at George Washington University and ex-diplomat for Libyan affairs for the U.S. Department of State, to Al Bawaba.

"The violence is likely to be quite limited. But the negotiations of who controls what are now fully in swing."

The political void left by Haftar is also likely to give his rival government, the GNA, more room to capture power. 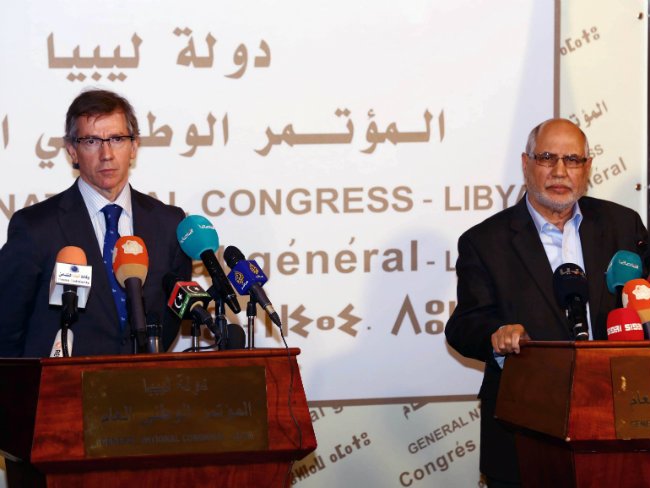 “Absent Haftar, there could be an opportunity for the GNA to enter into new negotiations with the HOR [Tobruk-government based House of Representatives] about the LPA [the U.N.-backed unified Libyan government plan]. The HOR has refused to ratify the LPA, but if the LNA disintegrates, it will lose the leverage its had that allowed it to refuse to capitulate to the GNA regarding the LPA,” Miller said.

In fact, Haftar personally rejected attempts to form a unity government inside Libya udner the conditions of the LPA, since Article 8 of the agreement calls for Haftar to give up his armies, according to Lawrence.

But while the loss of Haftar removes an obstacle for political negotiations that could perhaps lead to a less fractured Libya, it is much more likely that to see greater fragmentation in the LNA, leading to more in-fghting throughout the country.

What This Means for the Rest of the World

The politics of Libya is intractable and localized; the country has been mostly forsaken to its own fate by the international community who does not see a clear way forward to reconciliation and peace.

Haftar’s ailing health has barely scratched the headlines of major media outlets, and what happens in Libya often fails to register for many as a major development for the rest of the world.

But Haftar’s disappearance from Libya and possible death is a big deal, and will affect the world in a series of complicated but major ways.

Although Libya is "already in a certain chaos anyway," in Lawrence's words, the potential collapse or weakening of the LNA will make it harder to police black and grey markets throughout Libya, giving them opportunities to grow.

Although Libya has seemed to be engulfed in the deepest pits of political chaos since 2011, Haftar actually worked to mitigate this by forming a unified governmental authority, combating ISIS and AQIM in the process.

Unraveling the LNA also unravels militant forces in Libya, which pose security threats to many nations.

“At a geopolitical level, [Libya] is a playing field on which major regional (and increasingly international) actors are competing to secure their interests,” Miller said.

“Instability in Libya also has wide ranging security implications for its North Africa neighbors, the entire African continent, Europe, and conflicts elsewhere in the Middle East.”

ISIS and AQIM have been running smuggling routes from Africa into Libya through to Europe and much of the world. More chaos in Libya will give them more maneuverability through the country to cement influence and expand operations.

AQIM was found to be running human trafficking routes from Morocco into Spain and through Libya and Algeria into Italy.

Further, “one can track weapons flows from Libya following Gaddafi's fall all throughout Africa. AQIM and ISIS are increasingly using Libya as a safe haven for training and recruitment,” Miller added.

ISIS was also selling pillaged Greek and Roman antiquities from Libya to ”Italy’s Calabrian ‘Ndrangheta, who are working with the Neapolitan Camorra criminal gang,” The Daily Beast found. They showed off their goods to prospective buyers in a Mafia-controlled salami factory in southern Italy.

In addition to ancient ruins, ISIS developed a drug smuggling route, responsible for the transfer of hundreds of millions of opioid pills from the ‘Ndrangheta to ISIS in Libya, then to Egypt, Syria, or Nigeria where they are sold to Boko Haram. In 2017 alone, police seized over 100 million tramadol pills that were intended to be delivered to Libya.

For their part, AQIM has been involved in trading cocaine from Colombian former guerrilla group Revolutionary Armed Forces of Colombia (FARC) for money and weapons.

Although Lawrence is quick to add that Haftar was relatively permissive of ISIS and AQIM's existence, allowing black and grey markets to function, his absence may spell danger if the LNA is unable to curtail these groups from expanding their operations.

On top of all of this, Libya has some of the most commonly used routes to get from the Middle East and Africa to Europe that hundreds of thousands of asylum seekers go through. If they are traveling through the Mediterranean to get to Europe, chances are they took off from Libya.

Some who have fled from violence into Libya have been unable to make it onto boats; many have been captured by human traffickers as sold in open-air markets as slaves inside Libya.

Libya has become a global black market port. If it finds itself entangled in new levels of chaos, this will likely exacerbate all of these issues.

Drug trades will likely flow more unhindered from all over the world into Libya and beyond, funding militias. Human trafficking will likely find new windows of opportunity to thrive, and other smuggling routes may be able to be maintained and expanded.

It will likewise become more dangerous for refugees and asylum seekers to go through Libya in the hopes of reaching safety inside Europe, though this will not deter the thousands of people already doing trying to do this.

If the world assumed that Pandora’s box had already been opened in Libya, they were wrong.