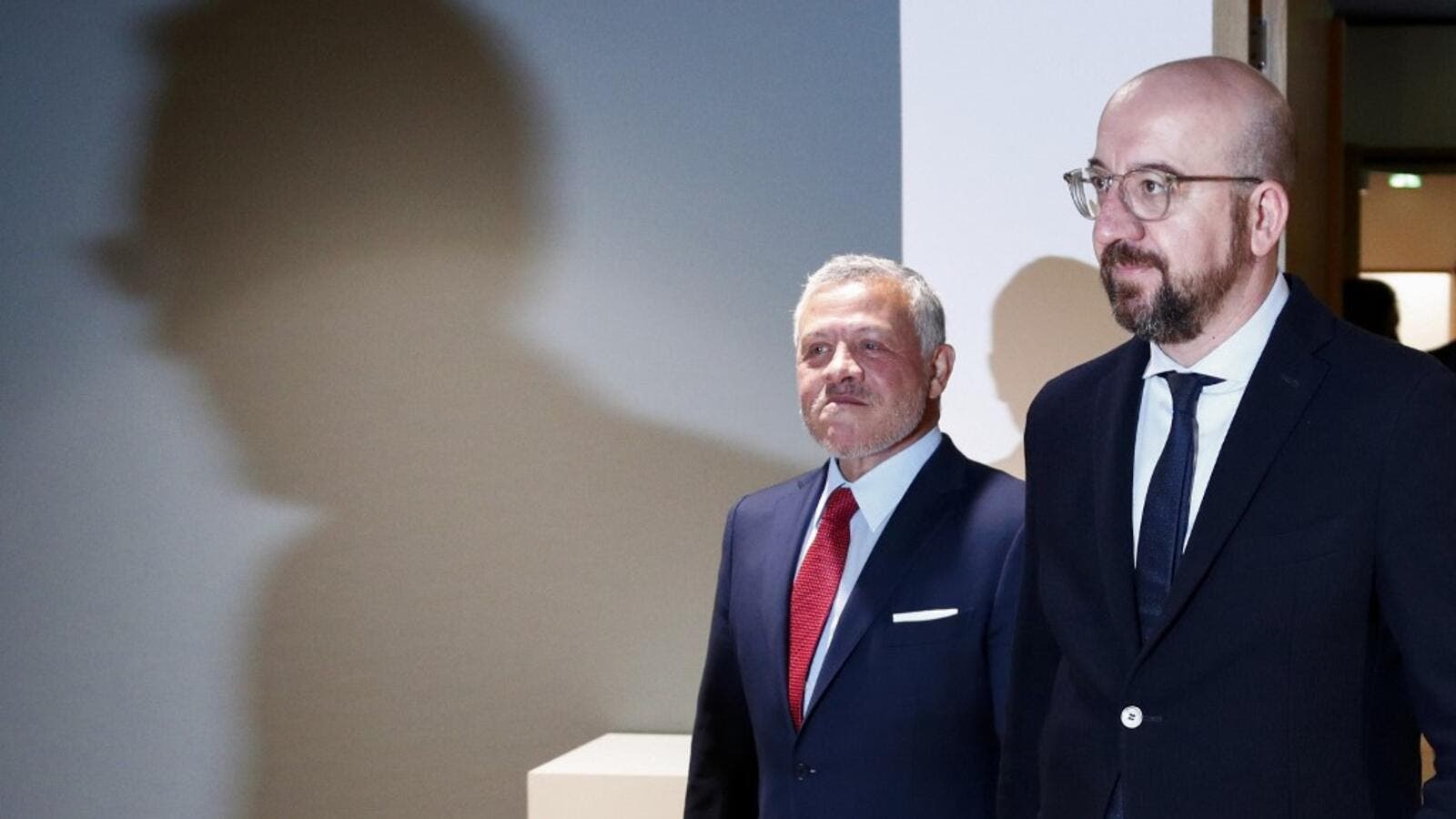 Jordan's King Abdullah (L) and President of the European Council Charles Michel arrive prior to their meeting in Brussels, on January 14, 2020. FRANCOIS LENOIR / POOL / AFP
Highlights
He expressed appreciation for Jordan’s important role, led by the King, in achieving peace and stability in the region.

King Abdullah on Tuesday held talks with European Council President Charles Michel over prospects of cooperation and partnership between Jordan and the EU.

At the meeting, King Abdullah expressed Jordan’s appreciation for the EU’s continued support for Jordan to implement many projects, according to a Royal Court statement.

His Majesty emphasised the important role of the EU in supporting efforts to achieve peace in the Middle East, and maintain security and stability.

The King stressed the necessity of ending the Palestinian-Israeli conflict, based on the two-state solution, leading to the establishment of an independent Palestinian state on the June 4, 1967 lines with East Jerusalem as its capital, the statement said.

Discussing the Syrian crisis, His Majesty underscored the need to reach a political solution that maintains the territorial integrity of Syria and the unity of its people, and guarantees the voluntary and safe return of refugees.

The meeting also covered regional and international efforts to fight terrorism within a holistic approach, and cooperation between Jordan and EU countries in this regard, through the Aqaba Process meetings.

For his part, President Michel said he always looks forward to hearing His Majesty’s views and vision on developments in the Middle East and efforts to fight terrorism, according to the statement.

He expressed appreciation for Jordan’s important role, led by the King, in achieving peace and stability in the region.