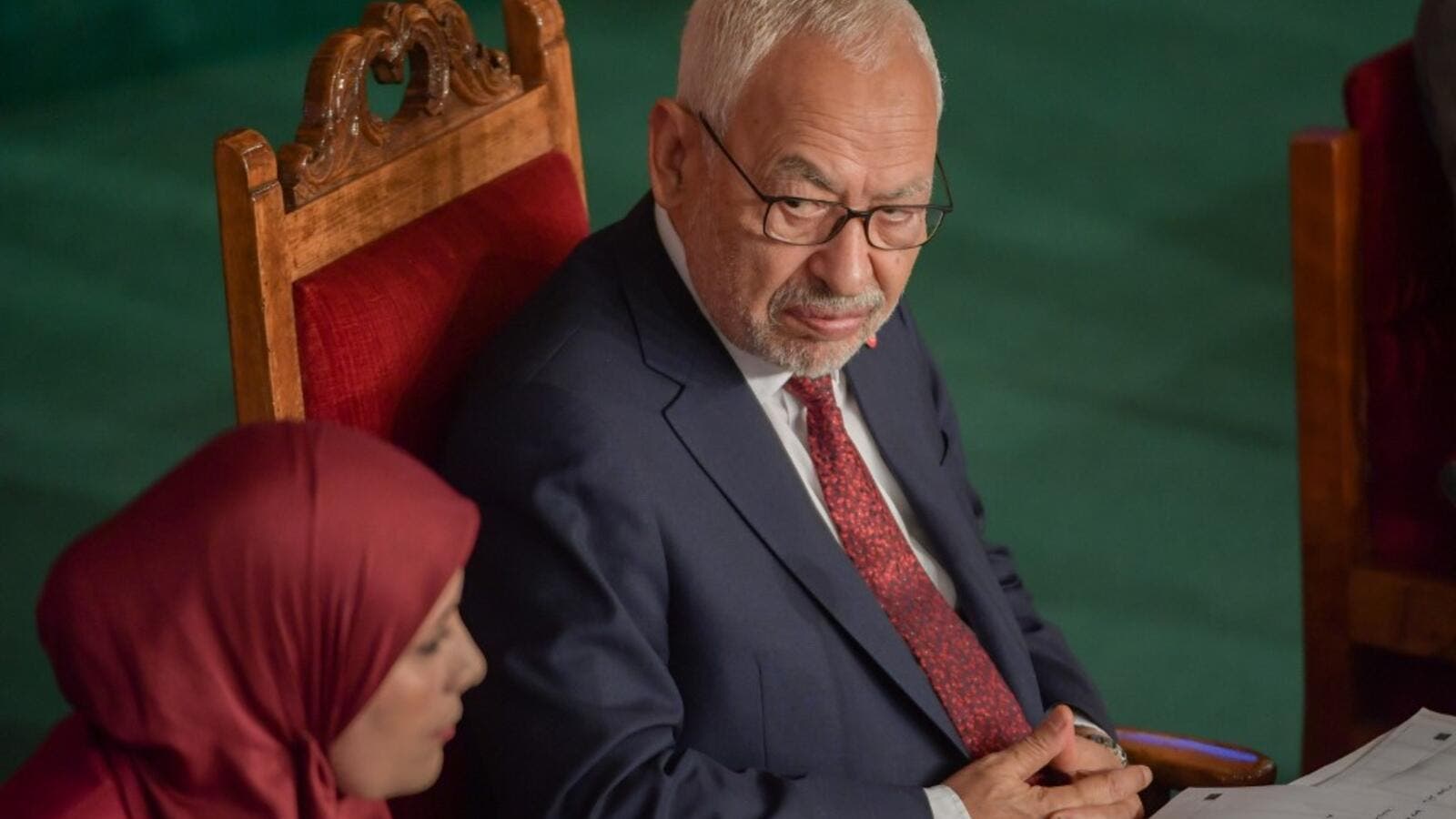 Tunisian Islamist-inspired Ennahdha party leader Rached Ghannouchi (R) chairs the first session of the new parliament following the October elections in the capital Tunis, on November 13, 2019. A collective oath by newly elected members of parliament was challenged by the leader of the Free Destourian Party (PDL), anti-Islamist lawyer Abir Moussi who wanted MPs to swear one by one, claiming some of them were not in the room at the time of the oath. It is the first clash on the floor of the Assembly between Moussi and Ghannouchi, who hopes to be the new president of the Assembly. FETHI BELAID / AFP
Highlights
His party had previously vehemently ruled out any agreement with Ennahdha.

The leader of Tunisia's Islamist-inspired Ennahdha party, Rached Ghannouchi, was elected parliament speaker on Wednesday, a month after it came top in legislative polls.

Ghannouchi secured the post with 123 votes from 217 votes cast in parliament, following an agreement with the liberal Qalb Tounes party headed by controversial businessman Nabil Karoui.

Karoui, who was defeated in the second round of October's presidential election, posed as a bulwark against Islamism during his campaign. His party had previously vehemently ruled out any agreement with Ennahdha.

Ghannouchi, 78, has led Ennahdha since it was founded almost 40 years ago, carrying the movement to victory in a 2011 election, just months after the party resurfaced from underground following the revolution that ousted autocrat Zine El Abidine Ben Ali.

A veteran opposition leader under Ben Ali and former President Habib Bourguiba, Ghannouchi had never run for office but won a parliamentary seat in Tunis in the October 6 parliamentary vote.

Ennahdha won 52 seats in those polls - short of the 109 needed to govern alone - and has been holding negotiations with other political groups to form a coalition government.

The legislative vote was held between the first and second round of Tunisia's presidential election, which was won by an independent conservative and outsider, academic Kais Saied.

Ennahdha also wants one of its own figures to head the government in the North African country and the party has until Friday to announce its candidate for the premiership.