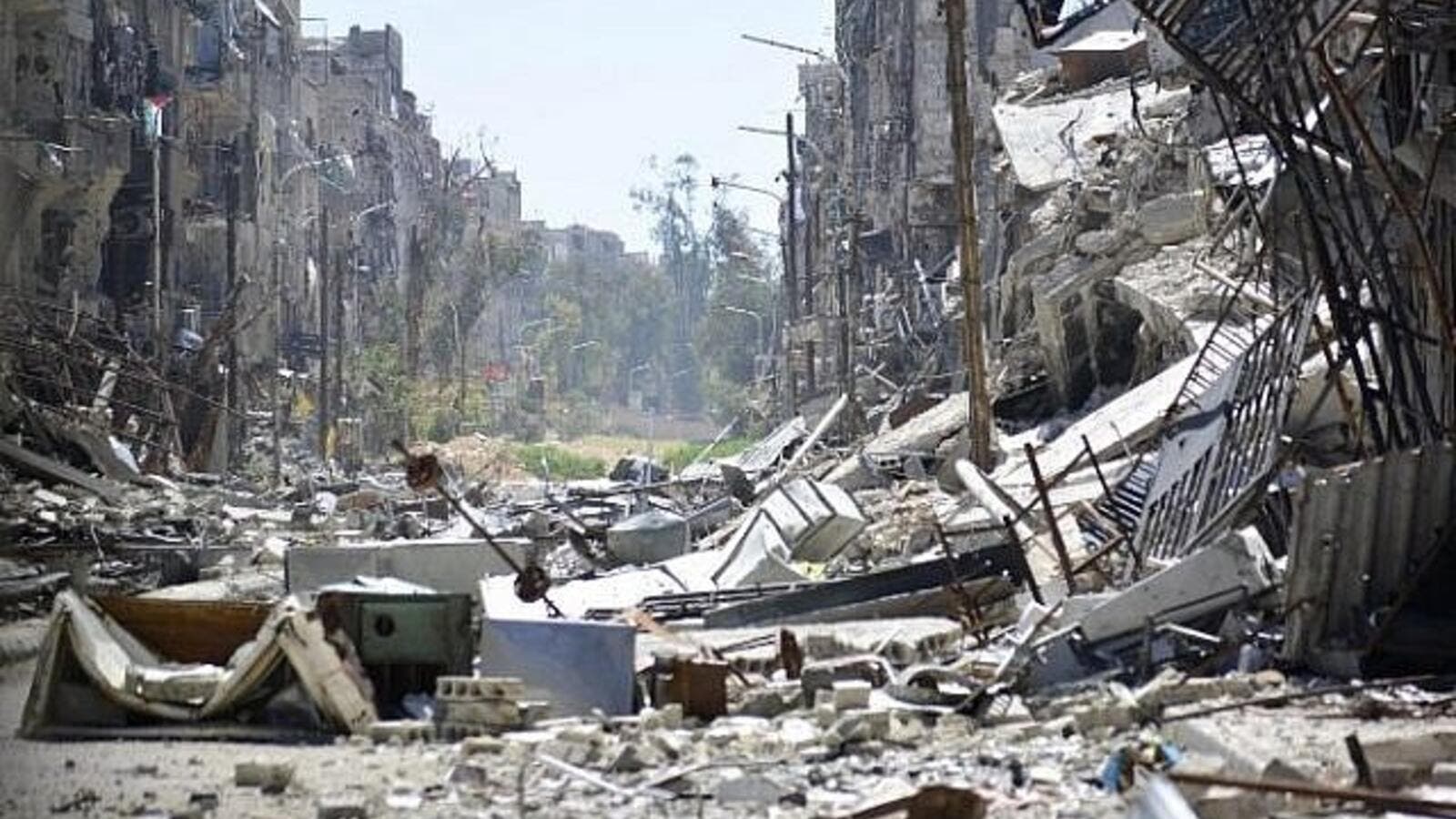 Nearly 4000 Palestinian refugees were killed in Syria's war as the country's fragile stateless minority struggle to survive in the deadly seven-year-old conflict.

Hundreds of thousands of civilians have been killed in the Syrian war, mostly by the regime and its powerful allies, while millions more have been displaced both inside and outside Syria.

Syria is home to 12 Palestinian refugee camps, three of them unofficial, according to the UN Palestinian Refugee Agency, UNRWA.

Before the deadly conflict began in 2011 there were around 560,000 Palestinian refugees in Syria, descendants of those who were expelled or fled during the establishment of Israel in 1948.

Since fighting began, more than 85,000 Palestinians fled Syria to Europe while tens of thousands have sought refuge in neighbouring countries.

The Action Group for Palestinians in Syria said this week a total of 3,685 Palestinian refugees, including 467 women, have been killed in the war.

Over 87 percent of the victims are civilians, including 200 Palestinian children. The preliminary cause of death was regime bombing followed by sniper fire and death under torture by the regime.

The Syrian regime detained some 1,600 Palestinians, the group added, while several major Palestinian camps in Damascus and Aleppo, Syria's largest city, have been destroyed in the course of the war.

In the Deraa and Yarmouk refugee camps water supplies have been cut off by the Syrian regime for 1,447 and 187 days respectively, the Action Group said.

Syrian regime forces have also been in control of the Handarat camp for nearly 18 months, with more than 80 percent of its buildings completely or partially destroyed.

The Syrian conflict began when the Baath regime, in power since 1963 and led by President Bashar al-Assad, responded with military force to peaceful protests demanding democratic reforms during the Arab Spring wave of uprisings, triggering an armed rebellion fueled by mass defections from the Syrian army.

The brutal tactics pursued mainly by the regime, which have included the use of chemical weapons, sieges, mass executions and torture against civilians have led to war crimes investigations.