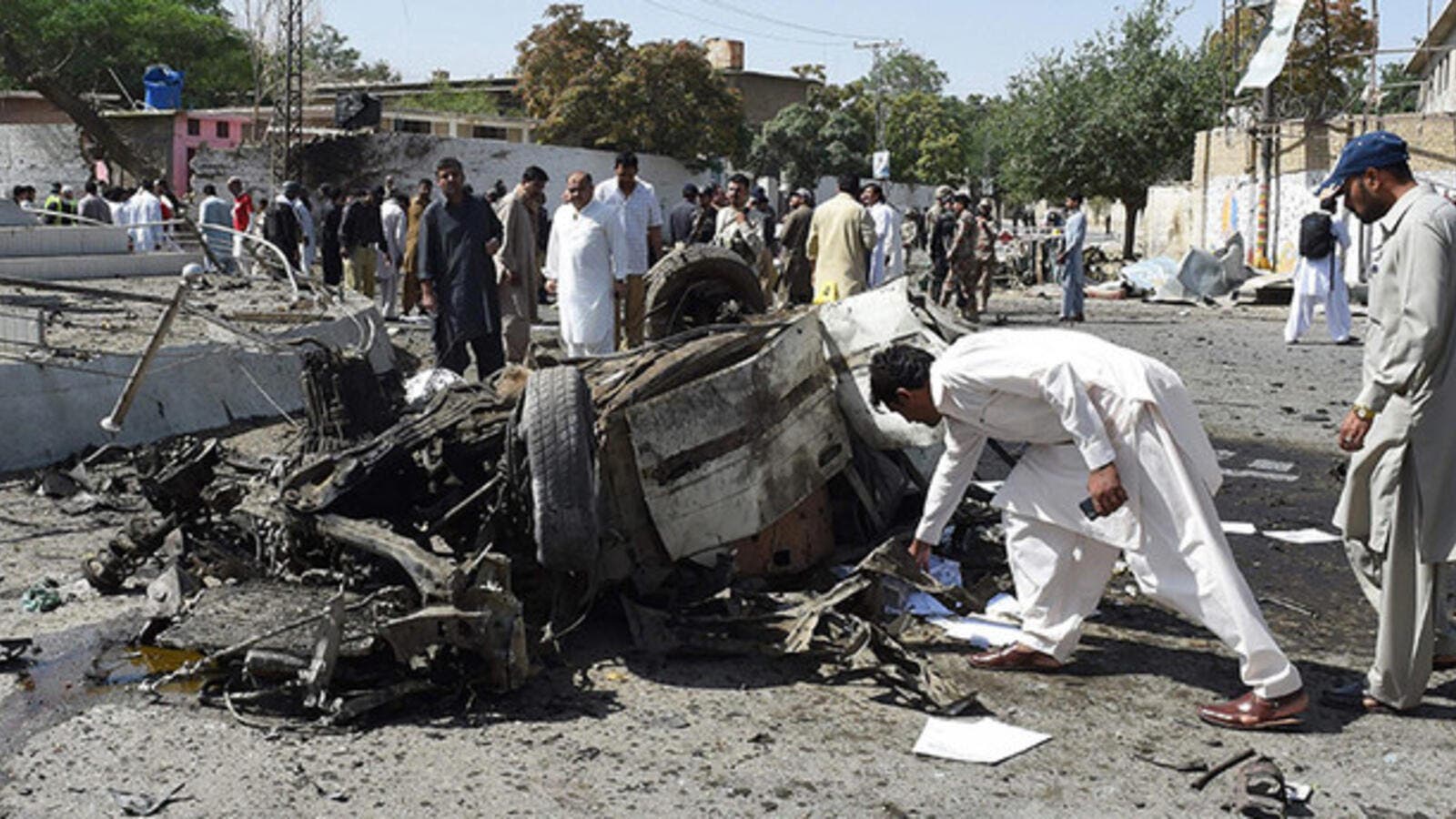 Pakistani security officials inspect the site of a powerful explosion that targeted a police vehicle in Quetta on June 23, 2017. (AFP)

Separate bomb blasts and shootings in the west, east and south of Pakistan have killed a total of 44 people as militants step up attacks on police and security forces in an apparent response to government offensives to push them out from key bastions.

At least 27 people were killed in two separate blasts on Friday that targeted shoppers in a busy market in the northeastern city of Parachinar.

Some 120 people were also wounded in the attacks, which took place three minutes from each other. Most of those killed were Muslims buying food for iftar, the meal that marks the end of their daily fasting in the holy month of Ramadan.

There was no claim of responsibility for the attacks in Parachinar, a city which lies just near the border with Afghanistan.

That was not the only incident targeting Muslims in Pakistan on Friday as four police officers were shot dead while observing iftar in Karachi, Pakistan's largest city and financial capital.

Also on Friday, 13 people were killed in a car bomb blast in the southwestern city of Quetta, a key city in Balochistan province. Seven police officers were killed in the attack after they stopped the explosive-laden vehicle to search it at a checkpoint.

Wasim Baig, a spokesman for the Civil Hospital in Quetta, said 19 people were also wounded in the attack. Other officials said nine security officials were among the wounded.

The Daesh Takfiri terrorists and Jamaat ur Ahrar, a splinter group of the Pakistani Taliban, claimed the attack in Quetta in messages sent to the media. The two terror groups have a history of jointly claiming such attacks.

Condemnations were pouring in as governments offered condolences to Islamabad on the loss of civilians and security forces in the attacks.

Iranian Foreign Ministry spokesman Bahram Qassemi issued a message later on Friday, expressing sympathy with the families of the victims and the nation and government of Pakistan.

The Iranian official condemned the attacks, especially those targeting Muslims in Parachinar, saying carrying out terrorist acts on the last Friday of Ramadan, a day when Muslims hold demonstrations to protest Israel’s continued occupation of the Palestinian territories, was in fact a Zionist ploy.

“... terrorists brutalized the fasting Pakistanis in line with the interests of the Zionist regime to display the link between terrorism and Zionism,” said Qassemi.

Pakistan is in the middle of a widening military operation to oust militants from key areas. Attacks such as those that took place on Friday have increased in response to the Pakistani military’s crackdown, which officials say has killed thousands of people over the past two years.