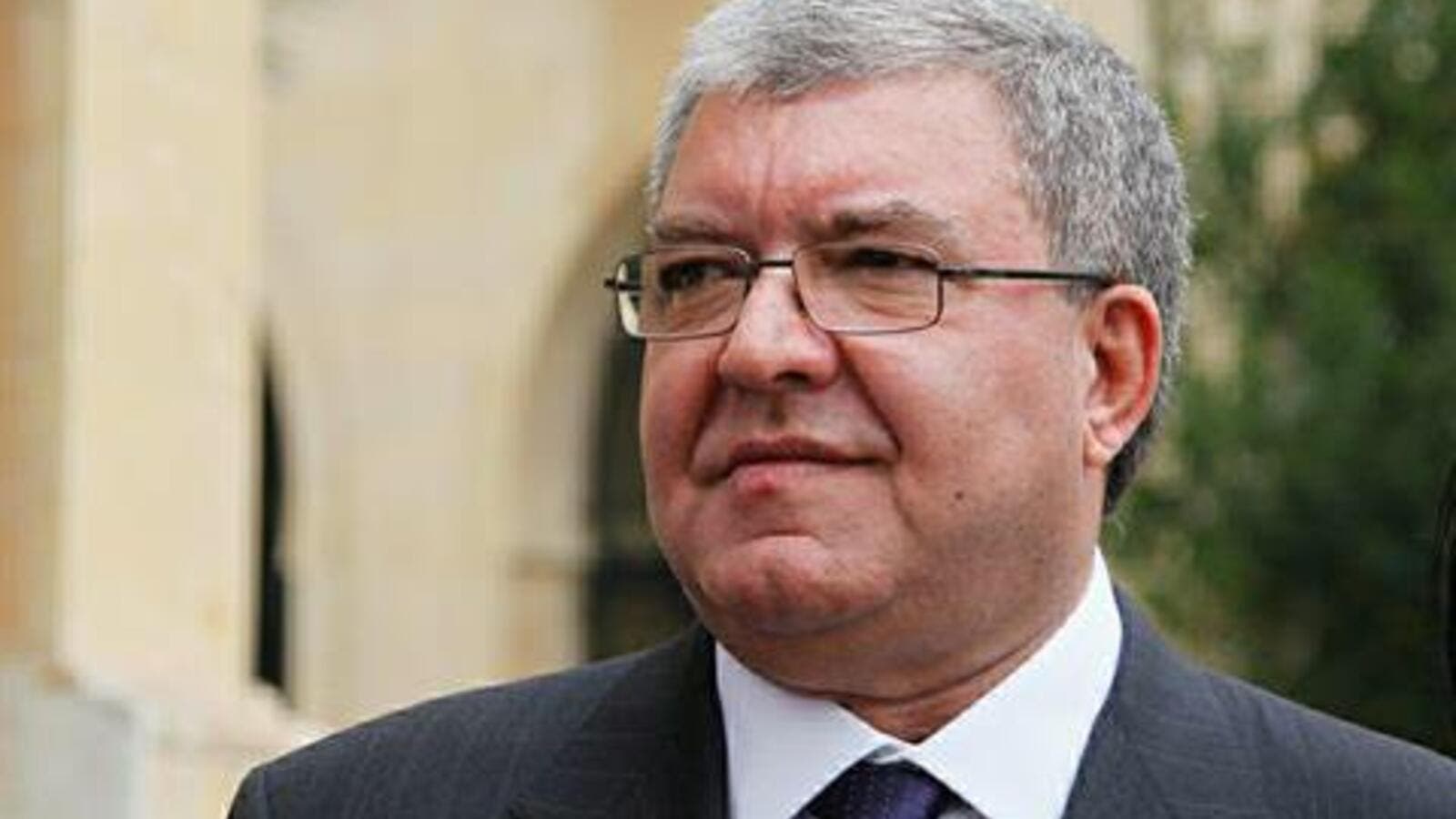 Caretaker Interior Minister Nouhad Machnouk said Monday that Hezbollah’s decision to open reception centers for refugees wanting to return to Syria was unjustified, saying the plan was “just for show.”

Hezbollah Secretary-General Sayyed Hasan Nasrallah announced late last month the plan to open the Syrian refugee centers, the locations of which were made public last week.

“It’s just a show that has no justification and it is not constructive,” Machnouk told reporters at Dar al-Fatwa after meeting with Grand Mufti Sheikh Abdel-Latif Derian.

“It demonstrates [Hezbollah’s] disregard for the state. ... The international community and its institutions only recognize the state’s [role] in the Syrian refugee issue.”

Meanwhile, Machnouk dropped a bombshell when he said he was considering leaving the Future Movement, in a report published Monday by a local newspaper.

“I am going to take my decision with all calmness. I will not rush,” he told local daily Al-Joumhouria in an interview published Monday.

“After coming back from vacation, I will decide whether to maintain my position organizationally.”

He added that Future might even consider his recent time away from Future party events “inappropriate,” and as a result may want him out of the party.

Machnouk said in the interview that a “personal dispute” with Future Movement head and Prime Minister-designate Saad Hariri has ended, but that a political dispute with Hariri was still on its way to being fully resolved.

Reports have emerged over the past few months that Machnouk’s relationship with Hariri was strained, following Hariri’s decision to prevent the party’s lawmakers from also serving as ministers in the next government. As a result, Machnouk would not be able to retain his post as interior minister.

Machnouk, who had just been elected as a Beirut II MP in the May 6 parliamentary elections, was angered at being informed of Hariri’s decision through media outlets, saying in a tweet from his official account that he “refused” to be informed in that manner.

Since then, Machnouk’s participation in the Future bloc’s meetings has become inconsistent.

Machnouk said in the Al-Joumhouria interview that he had been close to losing his electoral bid because of Future’s campaign tactics.

“I was backstabbed by the Future Movement’s electoral campaign. These are facts and not simply opinions or analyses,” he told Al-Joumhouria. “I tasked a specialized company [with carrying] out a serious study about the results of the elections and it showed where the gaps were.”