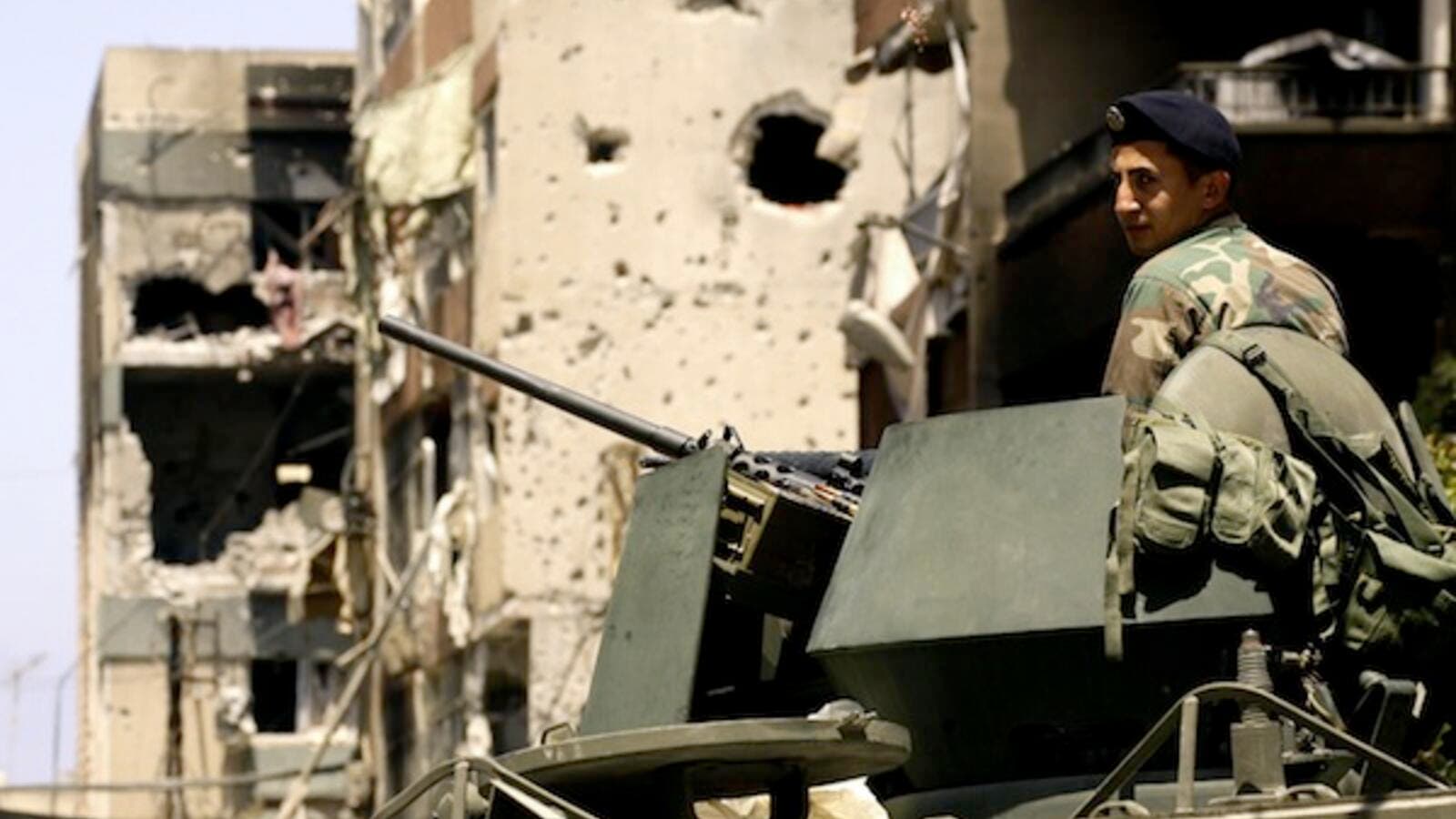 Two men have been arrested on suspicion of planting a bomb in Lebanon's third largest city, the restive Sidon. (AFP/File)

A bomb was found Sunday evening in the Taamir Ain el-Hilweh area in Sidon and two Palestinians were arrested after planting the explosive device.

“The army intelligence captured the Palestinian brothers Alaa and Ahmed al-Saleh as they were planting a bomb targeted against members of al-Dirani family who belong to the (Hezbollah-affiliated) Resistance Brigades in Sidon,” state-run National News Agency reported.

“An army unit cordoned off the al-Taamir al-Tahtani area near al-Zaatari High School where the bomb was found and an army military expert examined the explosive device and started dismantling it ahead of determining its weight and components,” NNA said.

The agency added that the two suspects were taken to an army barracks in the city for interrogation.

Earlier on Sunday, LBCI and al-Jadeed TV networks had also reported that the two men were arrested while planting a bomb targeted against al-Dirani family.

The development comes days after a twin suicide attack on the Iranian embassy in Beirut killed 25 people, including Iran's cultural attache, and wounded dozens others.

Following investigations and DNA tests, the two suicide bombers have been identified as Moein Abu Dahr, who hails from Sidon, and Palestinian national Adnan Mohammed from the Ain el-Hilweh refugee camp.

Mohammed lived in Zahrani near Sidon and both men were staunch supporters of fugitive Islamist cleric Sheikh Ahmed al-Asir.

A Facebook page apparently belonging to Abu Dahr, which had been taken down by Saturday, expressed support for al-Qaida and for Asir, whom he vowed to "avenge" after the army overran the cleric's headquarters in the Sidon suburb of Abra following a deadly battle.

Asir, also from Sidon, is a fierce critic of Hezbollah and had frequently expressed support for the Syrian uprising and encouraged Lebanese Sunnis to join it.