Lebanon Sinks Into Darkness as Power Plants Run Out of Fuel

Most of Lebanon was left without power Saturday as two main power plants ran out of fuel, government officials revealed. 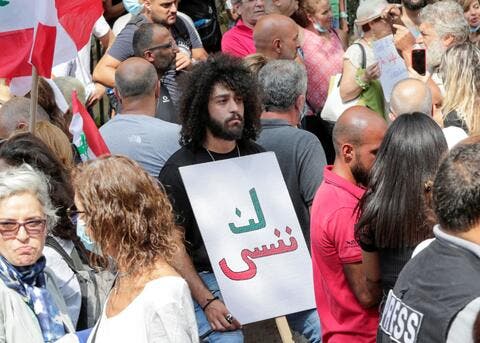 Unnamed sources told Al Jazeera the Deir Ammar and Zahrani plants went out of commission amid the diesel fuel shortage.

Officials were working "to partially restore electricity to various Lebanese regions, by supplying production stations with fuel from the reserves available for extreme necessities," state-run NNA news reported, according to CNN. "Electricity will gradually return in the coming hours."

Lebanon has no electricity after the country's biggest two power stations shut down due to a fuel shortage. The power outage will continue for a few days: Reuters quoting a Lebanese government official

"There is no fuel and limited generation, so the variation in frequency is ruining the grid," Marc Ayoub, an energy researcher at the American University of Beirut, told Al Jazeera.

"It's happened about 16 times over the past two weeks because generation is too little compared to what is needed for the grid to reach stability."

Lebanese Minister of Energy and Water Walid Fayyad said the fuel shortage is related to financing from the World Bank.

"I met with an official from the World Bank for the Middle East, and he conveyed to me the determination to end the process by providing all the necessary facilities to Lebanon," he said.

Lebanese President Michel Aoun asked for financial aid to avoid a blackout last month during his message before the U.N. General Assembly.

Reuters reporting Lebanon has a complete power outage after two of its power stations run out of fuel. The country has been descending into chaos for months while the world has barely paid attention. A profound political/humanitarian crisis is getting worse.

Lebanon was already spiraling economically because of rampant corruption and the devaluation of its currency when massive explosions destroyed most of its port on Aug. 4, 2020, killing more than 200 people.

Aoun warned the country was headed for a total power blackout, which could occur by the end of the month, due to dwindling fuel reserves.

"One year on, our lights have yet to come back on in our afflicted capital," Aoun said. "Our only wish is for Beirut's heart to beat again, for the port to be what it once was again -- a port for trade."