Published December 5th, 2021 - 01:52 GMT
Fewer than half of the school-age refugee children in Lebanon are in formal education. © 2017 Brian Stauffer for Human Rights Watch 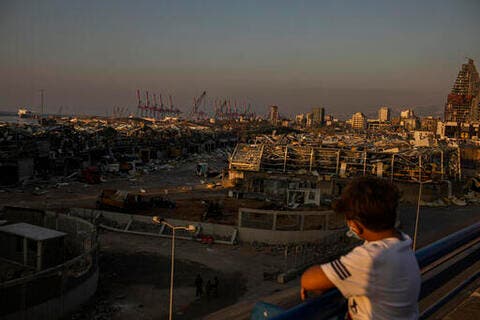 UNICEF: Lebanon in Danger of Losing Critical Access to Water

Thousands of Syrian refugee children have been out of school, blocked by policies that require certified educational records, legal residency in Lebanon, and other official documents that many Syrians cannot obtain.

Tardy Education Ministry decisions mean that many Syrian children may be unable to register by December 4. Syrian children are not automatically enrolled in school each year. Each fall, humanitarian groups must wait for the ministry’s official guidance in a question and answer document, which this year only came on November 29, before they can reach out to and support Syrian communities to enroll their children.

Most Syrian children must also wait to register until the ministry publishes a list of schools that will run second-shift classes for these children. The list was disseminated on November 30.

“There is no excuse for policies that block Syrian children from going to school and leave them with nowhere to turn for a better future,” said Bill Van Esveld, associate children’s rights director at Human Rights Watch. “The education minister has inherited petty, discriminatory rules that are still undermining education for refugee children a decade after the Syria conflict began, and he should end them.”

The Education Ministry should clearly and publicly announce that children can enroll in schools without Lebanese residency, birth registration, or Syrian government documents, and need not provide evidence of previous formal education or certified non-formal education. Many Syrian children cannot obtain these documents, through no fault of their own.

Lebanon hosts 660,000 school-age Syrian refugee children, but 30 percent – 200,000 – have never been to school, a 2021 UN assessment found, and almost 60 percent were not enrolled in school in recent years. Registration numbers this year have been very low, according to humanitarian groups.

Since 2019, when schools were closed for lengthy periods in response to widespread anti-corruption protests and the Covid-19 pandemic, even Syrian children who were enrolled received little to no distance learning.

The majority of Syrian students attend second-shift classes at public schools, which have not yet opened. Regular classes at public schools opened on October 11, after the ministry reached a temporary agreement with teachers who had threatened to strike over low wages due to Lebanon’s financial crisis. Second-shift teachers, who work on short-term contracts, have also threatened to strike over unpaid and low wages.

Syrian children seeking to attend regular classes must wait until after Lebanese children are enrolled for unfilled spaces. Fewer spaces are available because about 54,000 Lebanese students transferred from private to public schools during the 2020-21 school year as the economic situation in the country has crumbled. At least 90 percent of Syrian refugees are now living below Lebanon’s extreme poverty line, up from 55 percent in 2019.

Humanitarian groups consistently report cases in which primary school principals arbitrarily refuse to enroll Syrian students who cannot provide documents that the Education Ministry does not require. “This year again, parents are reaching out to us because some school principals asked them for newly-issued Syrian government documents or a legal residency permit for their child,” said Elena Dikomitis, advocacy manager for the Norwegian Refugee Council in Lebanon. 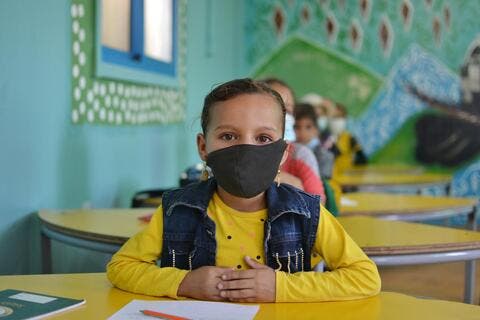 “These documents are virtually impossible to obtain for most refugees in Lebanon and should not keep children out of school. Many children who were blocked from attending school by documentation requirements end up working in the streets, after living in displacement for almost a decade.”

Other principals have required Syrian children to provide birth certificates, which almost 70 percent of Syrian children born in Lebanon lack, the 2021 UN assessment found. A complaints mechanism for arbitrary barriers to school enrollment is ineffective and opaque, humanitarian groups say, because the Education Ministry does not inform them if or how it has addressed the complaints.

The Education Ministry requires Syrian children to have legal residency to enroll in secondary school, and to take the national Brevet examinations after nine years of primary education and the Baccalaureate examination at the end of secondary school. Fewer than 16 percent of Syrian refugees in Lebanon have legal residency, according to the 2021 UN assessment. Most Syrians in Lebanon must meet onerous requirements to obtain residency, including a US$200 annual fee.

About 40,000 Syrian students in Lebanon have attended non-formal education programs run by humanitarian groups, but in prior years the Education Ministry restricted children from transitioning to formal education unless it had certified their non-formal program.

Humanitarian groups teach basic numeracy and literacy classes that use an Education Ministry curriculum, but because the ministry has not certified these classes, it is not clear if principals will allow students to transition into formal education, staff at humanitarian groups told Human Rights Watch.

The ministry also required children who had been out of school for more than two years to complete an Accelerated Learning Program, referred to as ALP, to enroll in public schools, but it has discontinued the program, aid workers said. “Now we have plenty of children who can’t go to school, because they were out of school for two years with COVID and everything else, and there’s no ALP,” an education expert at a local humanitarian group said.

An education-program leader at an international humanitarian group, who spoke anonymously to avoid retribution, said that: “What we don’t know is, what will happen to the kids who dropped out during the last two years,” or otherwise lack the required paperwork to register. “Enough already,” the aid worker said. “After 10 years [of the Syrian conflict], it shouldn’t be the case anymore that places in formal education are based on nationality rather than need.”

After more than two years of school closures and lost learning due to protests against government corruption and the Covid-19 pandemic, Syrian children face unprecedented risks of losing out on education, aggravated by poverty and child labor driven by Lebanon’s financial crisis, Human Rights Watch said.

“If Lebanon’s new government wants to prevent a lost generation, it needs to stop creating bottlenecks and demanding unobtainable paperwork from refugee children who want to go to school,” Van Esveld said. “To be clear, if the government does not revoke these policies, it will be responsible for gross abuse of the right to education.”