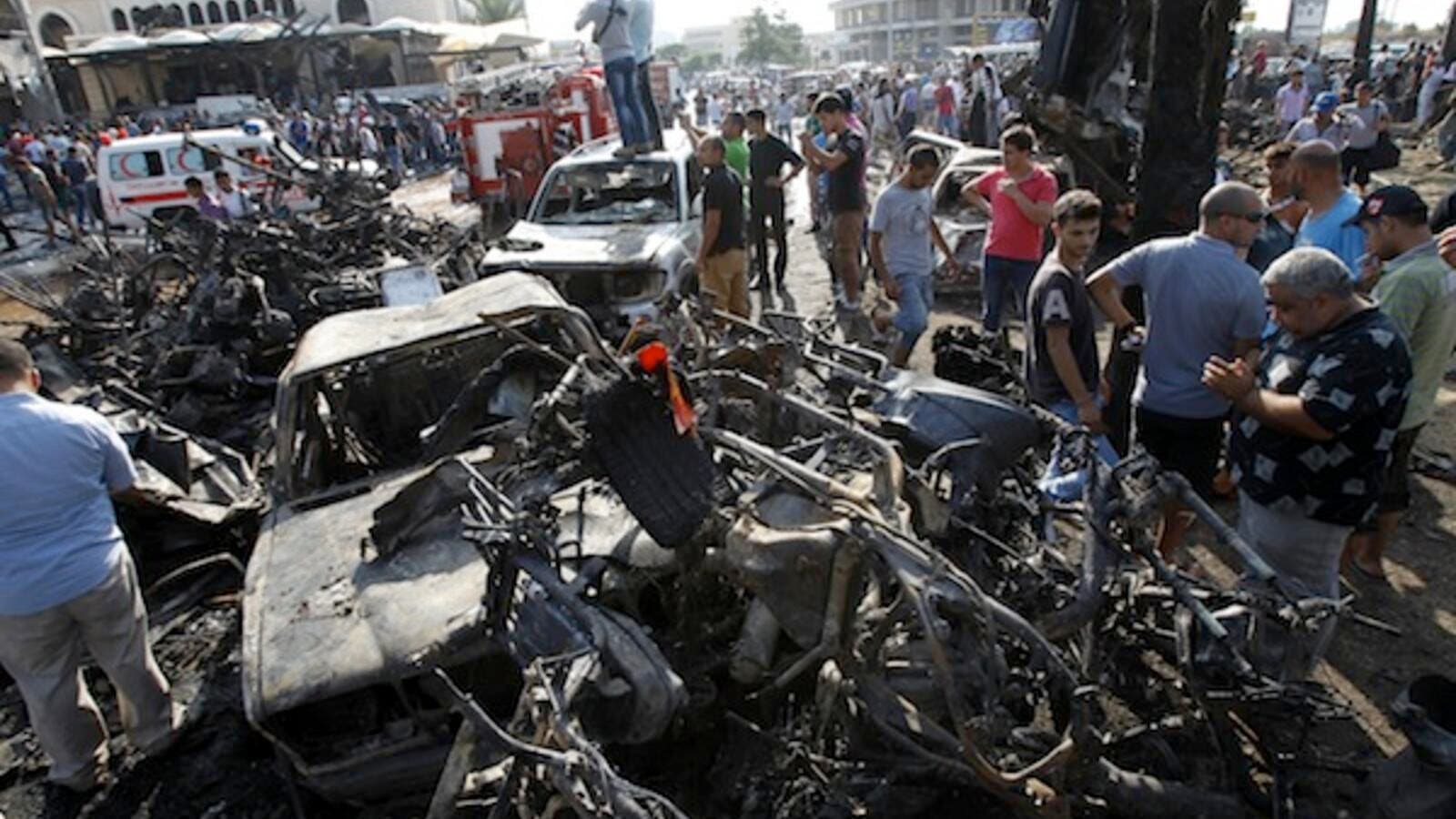 The judge charged Youssef Diab, Hasan Jaafar, Anas Hamzeh, Hayyan Ramadan, Ahmad Merhi, Khodr Jdoud and Salman Assaad with carrying out bombings outside two mosques in the northern city. Diab, Jaafar and Anis are currently in custody, while the other four remain at large.

The seven men are accused of being members of a ring allegedly responsible for the twin car bombs, with preliminary investigations linking the suspects to Syrian intelligence services and a local political party.

The charges brought against the men include forming an armed gang, murder and attempted murder, and undermining the state’s authority.

The seven charged Monday were allegedly responsible for carrying out the attacks, which were planned and prepared by an initial group inside Syria. The two cars used in the bombings were reportedly loaded with explosives in Syria and the handed over to the group in Lebanon led by Haydar.

Diab’s arrest by Intelligence Branch personnel Friday from a shop near his home in the Tripoli neighborhood of Jabal Mohsen raised tensions in the restive northern city, prompting an exchange of fire between residents of mainly Alawite Jabal Mohsen and Lebanese soldiers.

Two civilians were wounded by sniper fire and a rocket-propelled grenade fell near Syria Street, the road separating the neighborhood from its rival, majority-Sunni Bab al-Tabbaneh.

Diab, who has since been transferred to Beirut, is allegedly affiliated with the pro-Assad Arab Democratic Party from Jabal Mohsen.

Sources familiar with the investigation said Diab confessed to driving a car rigged with explosives to Al-Salam Mosque in Tripoli before detonating it. They said Ahmad Merhi, another alleged member of the Arab Democratic Party, drove the other car to Al-Taqwa Mosque where it was detonated.

Arab Democratic Party leader Refaat Eid said the group would respect the decision of the Lebanese judiciary while simultaneously dismissing the charges against Diab and the party at a news conference at his home in Jabal Mohsen Monday. Eid called on Interior Minister Marwan Charbel to dissolve the ADP in the event the judiciary finds it guilty of plotting the twin bombing.

He accused Saudi Arabia of having a hand in the charges and the arrests, saying that it was revenge for Hezbollah’s participation in the battle of Qalamoun in Syria.

He also denied that Jabal Mohsen, where Diab was arrested, was some sort of “security stronghold,” but issued a vague warning to authorities to stay out.

“Today, I advise the Intelligence Branch not to enter Jabal Mohsen because the second time will not be as easy as the first,” he said, responding to a question from a journalist.

Eid went on to say that whoever carried out the Tripoli bombings was trying to “sow strife,” adding that had his party wanted to incite division it could have found “40 reasons to do so” without resorting to explosives. He also said that while Diab’s father was an official in the party, the rest of the accused “have no relation to the party.”

He emphasized that those accused were innocent until proven guilty, and compared them to the sacrificial lambs of Eid al-Adha.

He concluded with a warning to former premier Saad Hariri, saying “If you take it to the streets, we will as well.”

Diab’s sister Ranine echoed some of Eid’s comments, calling for a fair and open trial for her brother, who, she insisted, was innocent.

Ranine Diab and her father arrived at Eid’s house following the news conference, having come from the military court, where they failed to gain access to her brother Youssef.“There is no terrorist in the world who would plant two huge bombs like the ones that took place and then sit at home and walk around,” she said.

“Is it logical for a terrorist network to carry out this bombing and leave a witness?” she asked.

She also claimed her brother had resisted arrest because the security officers were wearing civilian clothes and he thought he was being kidnapped.

Of the three other men previously arrested in connection with the attacks, including Sheikh Ahmad al-Gharib, one was released for lack of evidence. Gharib remains in custody but has not been charged.

Separately, General Security arrested a Palestinian man accused of belonging to a terrorist network, the agency announced in a statement Monday.

According to the statement, the suspect, identified only by his initials, W.N., is thought to be a skilled forger of identification papers. He is also accused of manufacturing timed detonators used in bombs, and of participating in attacks on the “external and internal security of the state,” aimed at inciting sectarian violence.

The suspect’s arrest and questioning were conducted under the supervision of Deputy Military Commissioner Judge Danny al-Zaani. The case was referred to Saqr.