'Life Under Siege is a Nightmare': The Struggles Residents Face in Eastern Ghouta 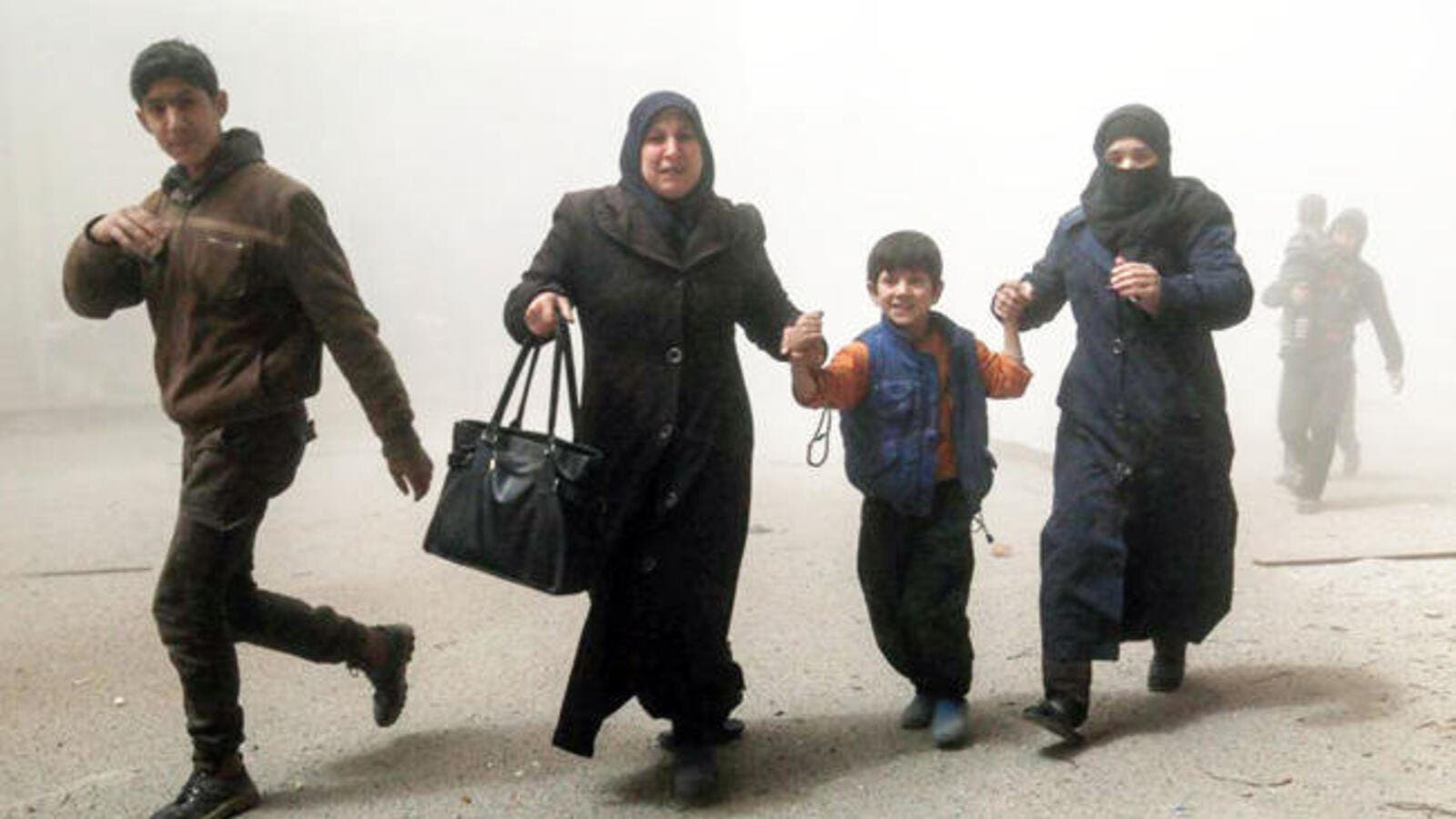 Home to some 400,000 civilians, Eastern Ghouta has been under siege by regime forces since December 2012 (AFP/File)

Ongoing regime attacks on Syria’s Eastern Ghouta, a suburb of Damascus, are turning the life of civilians in the area into an endless nightmare.

“Life under siege is a nightmare,” Abu Muhammed, a resident of Eastern Ghouta, said. “It is very difficult to find a proper job under these circumstances."

Abu Muhammed has lost his wife in an attack by Bashar Al-Assad forces in the area. "My child Karim was only one-month old when my wife was martyred."

The bereaved father said that his baby has also lost one of eyes and suffered head injuries in the attack.

The baby is now being looked after by his siblings, who are also at child-age.

Um Ahmad, who survived the attack in which Karim's mother was killed, said an artillery fire had led to her death.

"Shortly after we left our home, a rocket struck next to us. The explosion hurled us around; when I came to myself, I woke up to see her body was in pieces," she said.

"Our situation is just terrible here, medicine is too expensive and we can't afford it. It is hard to be found as well; my husband has tried to obtain some but he couldn't. I'd writhe in agony if it wasn't for the painkillers," she said.

Um Ahmad said it has become very difficult for civilians to find food in the besieged region.

"Our situation keeps getting worse. My children haven't eaten anything since yesterday,” she said. “We got two kilos of barley yesterday of which we made bread and fed our children. Today, we have nothing to eat."

Home to some 400,000 civilians, Eastern Ghouta has been under siege by regime forces since December 2012.

The besieged area falls within a network of de-escalation zones -- set up in Syria by Turkey, Russia and Iran -- in which acts of aggression are expressly forbidden.

Since then, hundreds of thousands of people have been killed and more than 10 million displaced, according to U.N. officials.