The Mandela-Algeria connection: The influence of Algeria's revolution on South Africa's anti-apartheid movement 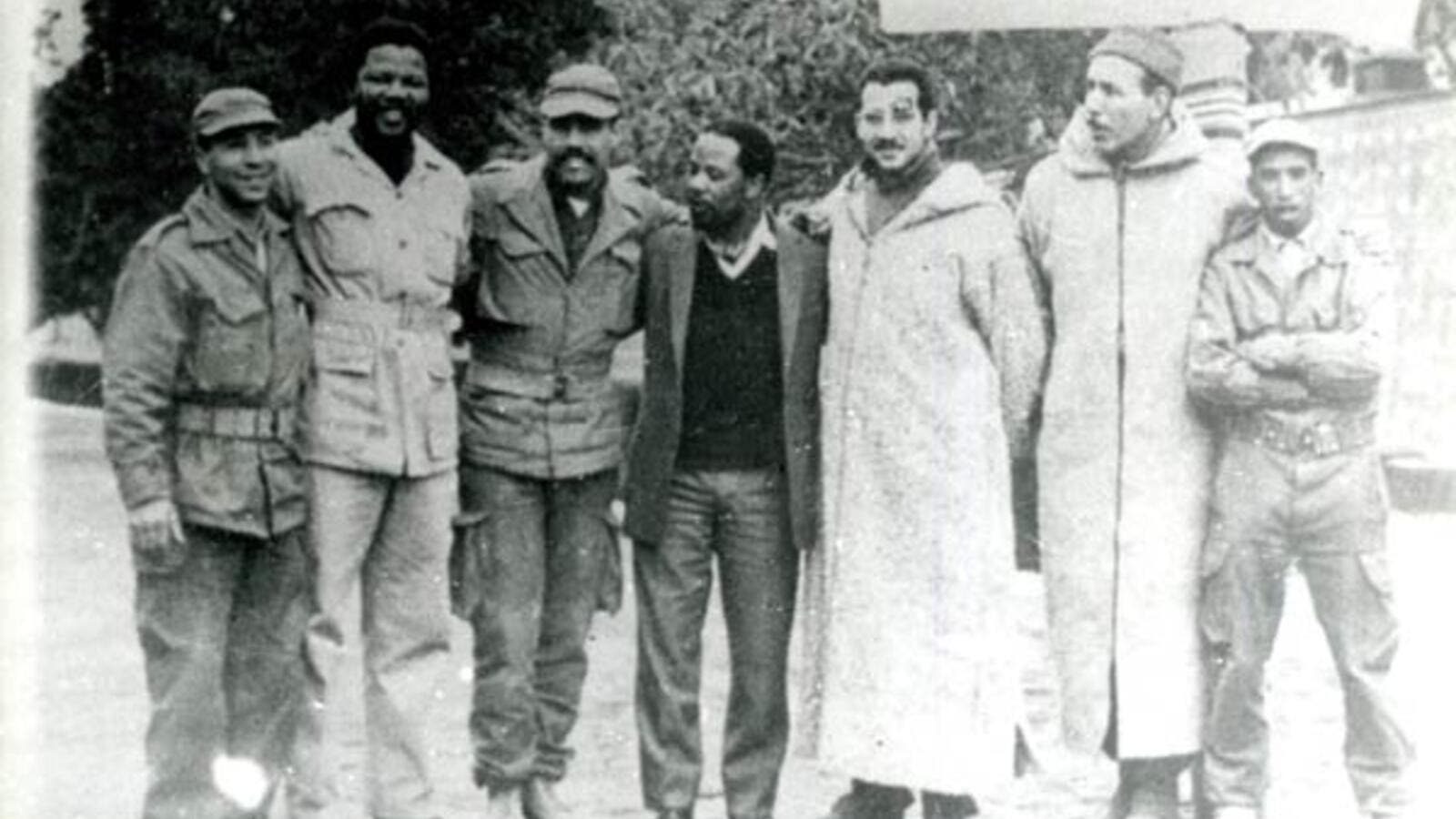 While mourning the death of Nelson Mandela, an Algerian minister on Friday spoke of the African leader’s first military training in Algeria during 1960s.

“Mandela received his initial military training by the rebels of the National Liberation Front in Algeria in the early 1960s, when he decided to establish a military arm to the African National Congress,” Algerian Minister of Foreign Affairs Ramtane Lamamra told journalists during a summit for Peace and Security in Africa which began Friday in Paris.

“Algeria was a strong supporter of the African National Congress, providing it with weapons, passports and other tools which contributed to the historic triumph against apartheid,” Lamamra added.

In his autobiography “The Long Walk to Freedom,” Mandela admits that he was inspired by the Algerian revolution, which he said was the closest to South Africa’s at the time, writing “the Algerian rebels had to face a big colony of white men who were governing the majority of the population.”

In 1961, Mandela visited the troops of the Algerian Liberation Army headquarters in the Moroccan city of Oujda, where arms were frequently smuggled in to the Algerian rebels.

“They were an army of guerillas who earned their stars by the battles they fought, and they were more passionate about war and military strategies than uniforms and parades,” Mandela wrote about the Algerian fighters.

“I knew that our forces are similar to most of the Algerian fighters, and was just hoping that they fight as bravely as them,” he noted.

Mandela also traveled to the mountains of Algeria where in 1961 he participated in a joint boot camp between the African National Congress fighters and the Algerian National Liberation Army.

Mandela was inspired by the Algerian rebels and they in turn encouraged him to pursue his fight for freedom. In his book, Mandela quoted the representative of the interim Algerian government in Morocco, Shawqi Mustafa'I as saying: “Don’t neglect the political side of the war while organizing the armed forces, especially when international opinion is sometimes worth more than a fleet of jetfighters.”

Since 1965, Algeria has hosted many fighters from the African National Congress, who received military training before returning to South Africa to execute military operations.

Following Mandela’s death, Algerian President Abdul Aziz Bouteflika ordered that the Algerian flags be flown at half-mast for 8 days in honor and respect “of this glorious African personality.”

Algeria was the first country Mandela visited after his widely celebrated release from prison in Feb. 1990 as a symbolic gesture showing appreciation for Algeria’s support to the people of South Africa during its struggle against the apartheid.