Mark Esper in Baghdad as US Forces Cross Over From Syria 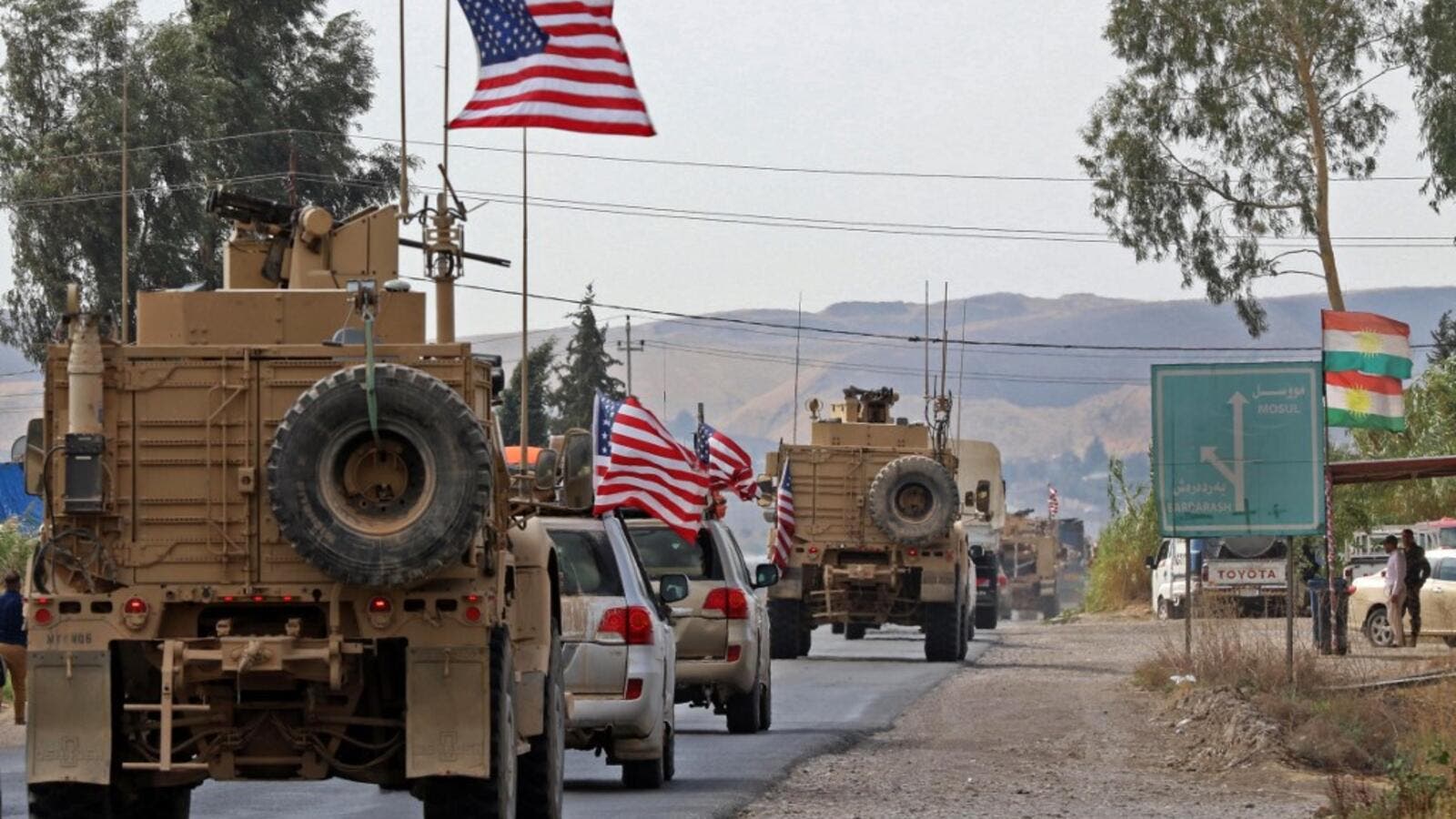 A convoy of US military vehicles arrives near the Iraqi Kurdish town of Bardarash in the Dohuk governorate after withdrawing from northern Syria on October 21, 2019. ( SAFIN HAMED / AFP)

US Defense Secretary Mark Esper arrived in Baghdad on Wednesday on a surprise visit that is likely to focus on how long US troops withdrawing from northeast Syria will stay in Iraq.

The Iraq military said on Tuesday that US forces crossing into Iraq as part of a pull-out from Syria do not have permission to stay and can only be there in transit.

While Esper initially told reporters the troops withdrawing from Syria would go to western Iraq to fight ISIS and “help defend Iraq,” he said on Tuesday that Washington aimed to eventually bring the troops back to the United States.

Esper is expected to meet his Iraqi counterpart as well as Prime Minister Adel Abdul Mahdi and discuss the US troop drawdown from Syria and the role Iraq will play in it.

“Our key priority with Iraq is encouraging the continued secure, stable, independent Iraq,” a senior US defense official said, according to Reuters.

Esper’s trip also follows an agreement on Tuesday between Ankara and Moscow that Syrian and Russian forces will deploy in northeast Syria to remove Kurdish fighters and their weapons from the border with Turkey.

Hours after that deal was announced, the Turkish defense ministry said the United States had told Turkey the withdrawal of Kurdish militants was complete from the “safe zone” Ankara demands in northern Syria.

The Russia-Turkey agreement struck in the Black Sea resort of Sochi endorses the return of Syrian regime forces to the border alongside Russian troops, replacing the Americans who had patrolled the region for years with their Kurdish allies.

President Donald Trump decided earlier this month to withdraw all 1,000 U.S. troops from the region, a move widely criticized as a betrayal of Kurdish allies who had fought for years alongside US forces against ISIS.

Since then, the Pentagon has said the Trump administration is considering keeping some troops in northeastern Syria to help ensure ISIS and others do not profit from oil fields in the region.

Any decision to keep additional US troops in Iraq is likely to be heavily scrutinized in a country where Iran has been steadily amassing influence.

Iraq is in the midst of a political crisis.

Protesters blame graft and infighting among political leaders for failing to improve their lives even in peacetime, two years after ISIS was declared defeated in Iraq.

“Iraqi politics are in a delicate state. There’s no Iraqi support for the country becoming a principal US garrison in the Middle East,” said Jon Alterman, Middle East expert at the Center for Strategic and International Studies.

However, Baghdad did not want to alienate Washington, which has been a key ally in fighting back ISIS over the past five years, Alterman added.

The additional US troops would add to the roughly 5,000 publicly acknowledged American troops already based in the country, training Iraqi forces and helping to ensure ISIS militants do not make a comeback.