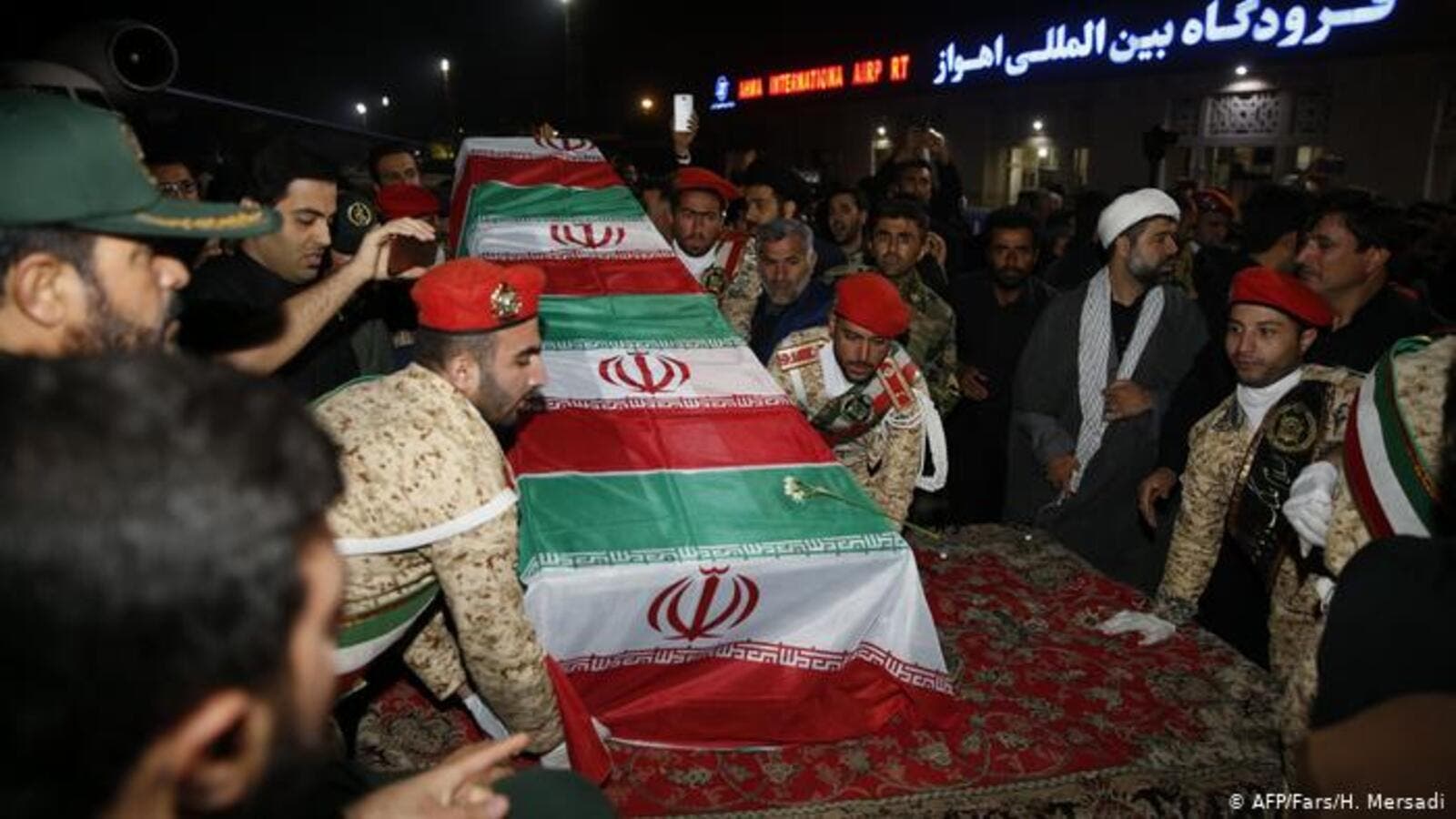 Masked gunmen on Wednesday ambushed and killed the local commander of a paramilitary security force in southwestern Iran, an associate of Iran's top general recently killed in an American drone strike in Baghdad, the official IRNA news agency reported.

The slain commander, Abdolhossein Mojaddami, headed the Basij forces, a paramilitary wing of the Revolutionary Guard used for internal security and other tasks, in the town of Darkhoein. He was gunned down in front of his home in the town in the country's oil-rich Khuzestan province.

Two gunmen on a motorcycle, armed with an assault rifle and a hunting rifle, ambushed Mojaddami, IRNA reported. Other Iranian media said the gunmen's faces were covered with masks and that four shots were fired.

The case is under investigation and a motive was not immediately clear, but Basij units had been involved in violent clashes with demonstrators in the area in November in which many protesters were injured and killed. Amnesty International has reported that more than 300 people were killed in the unrest across the country, though Iran has not announced a death toll.

Mojaddami's killing is seen another blow to the Revolutionary Guard, following the death of top general Qassem Soleimani earlier this month in a US drone strike in Iraq. Mojaddami was described by IRNA as an associated of Soleimani, who was the head of the Quds forces, the foreign wing of the Guard.