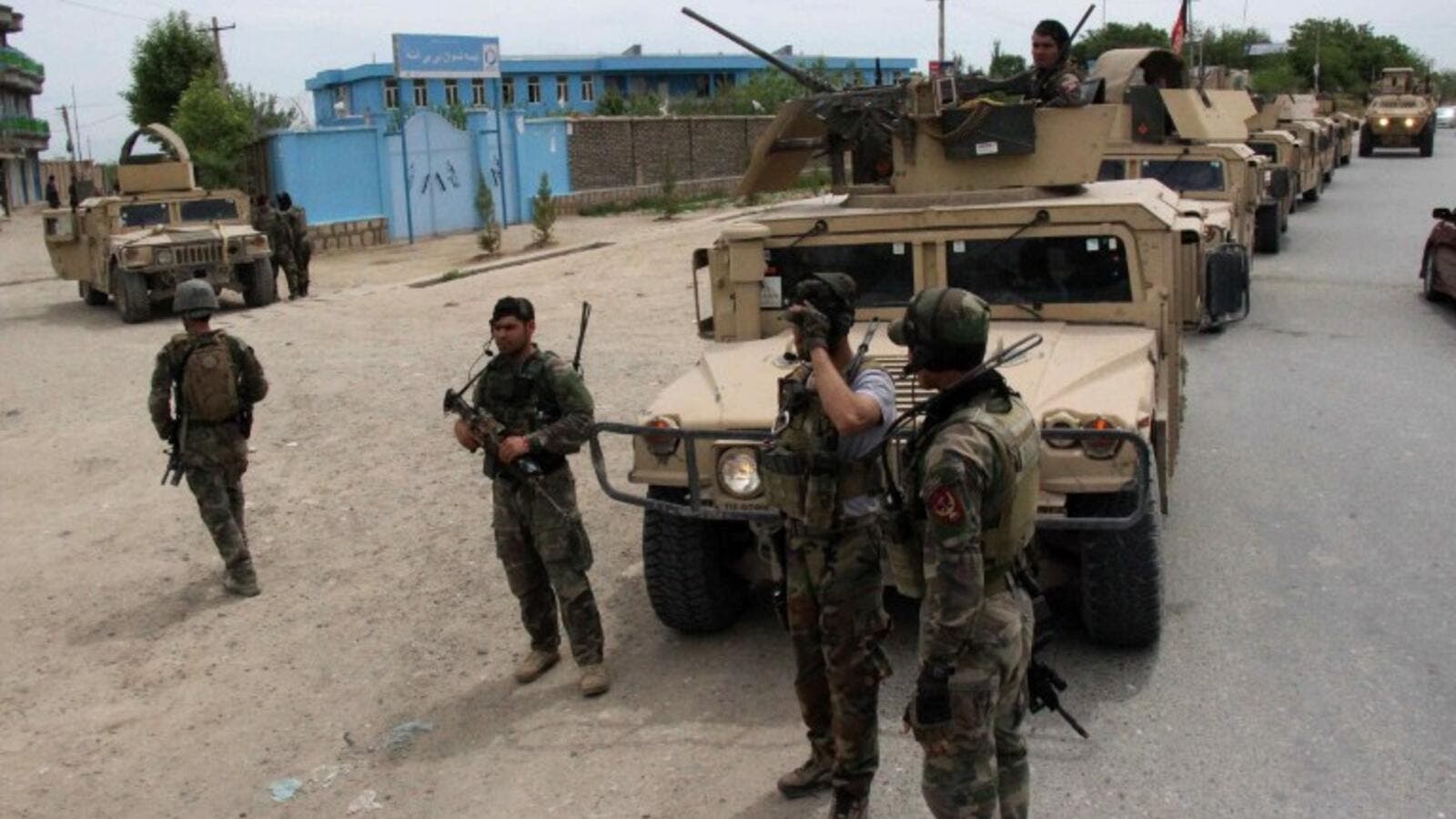 Afghan security forces in the Kunduz province, after a series of Taliban attacks. (AFP/File)

At least 12 civilians have been killed and 50 others abducted in two separate attacks by unknown militants on passengers traveling in eastern and northern Afghanistan.

Jawid Salangi, an official in the eastern Afghan province of Ghazni, said that armed men had stopped two cars, ordered all those on board out and shot them dead late Tuesday.

Villagers had found 12 dead bodies near the scene of the attack, including several members of the security forces.

On Wednesday, suspected Taliban militants stopped a bus and a car near the northern city of Kunduz and took away all the 50 passengers with them.

“We are putting all our efforts into freeing them as soon as we can,” said Mahfozullah Akbari, a spokesman for the provincial police chief.

On June 2, suspected Taliban militants kidnapped at least 17 people from the Shia Hazara community traveling in vehicles in northern Afghanistan.

Taliban militants also ambushed three buses in Kunduz Province on May 31, killing 19 people and taking away dozens of others, among them police personnel.

Meanwhile, unidentified armed men carried out a grenade attack against a local radio station in the eastern Nangarhar province.

A security official said gunmen hurled a grenade at the building of Pashtu-language Enikaas Radio in the provincial capital city of Jalalabad, following by gunfire .

There were no immediate reports of casualties.

The development came only three days after an American journalist and his Afghan translator were killed in a Taliban ambush in southern Afghanistan.

David Gilkey of the US National Public Radio (NPR) and his interpreter Zabihullah Tamanna, who were traveling with the Afghan army, came under fire by Taliban militants near the town of Marjah on Sunday.

At least 27 foreign journalists have been killed since 1992 in Afghanistan, which is one of the most dangerous countries for media, according to the Committee to Protect Journalists.

The last foreign journalist killed in the country was Anja Niedringhaus, an Associated Press photographer, who was shot to death in 2014.