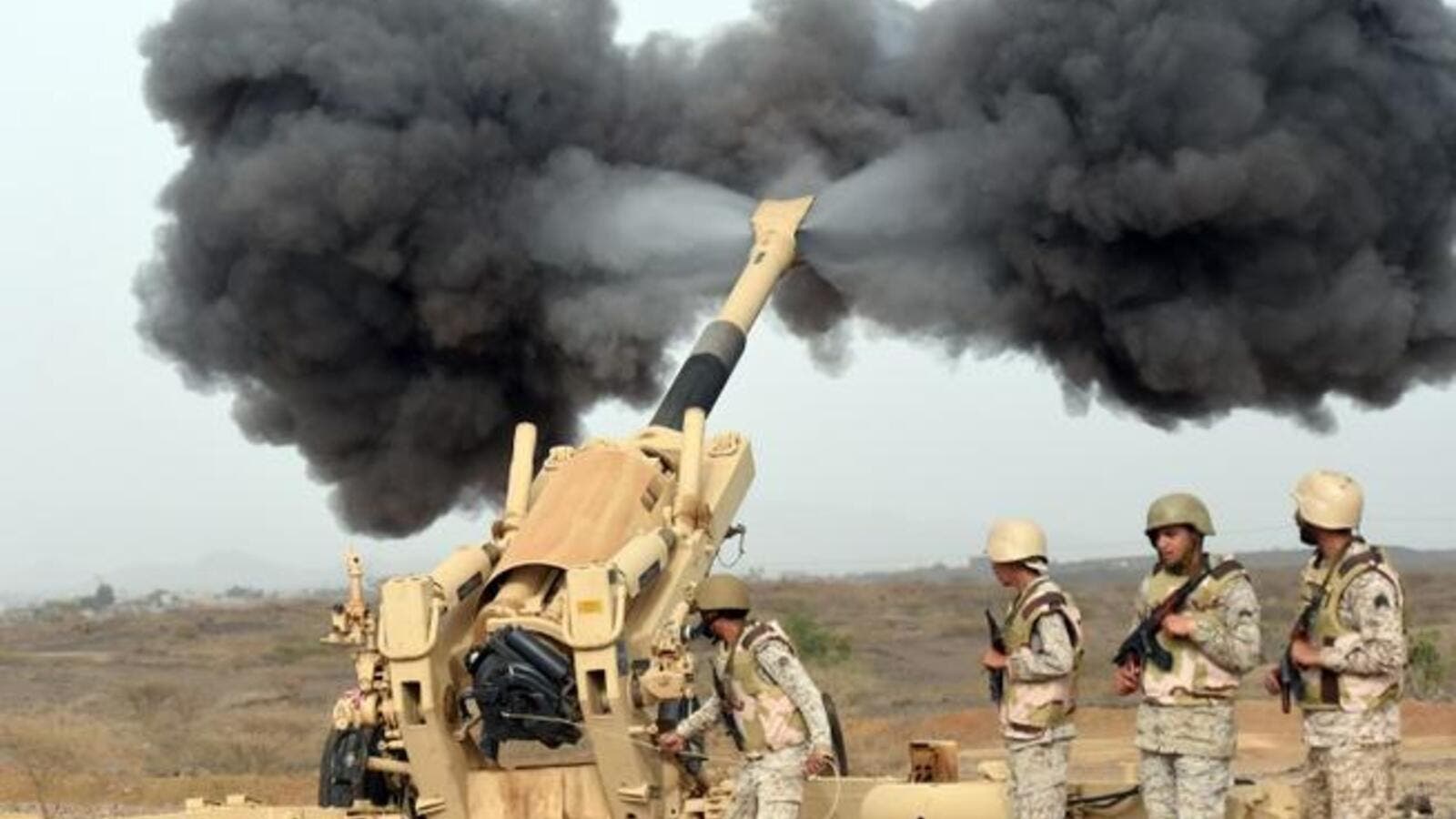 Saudi army artillery fire shells towards Yemen from a post close to the Saudi-Yemeni border, in southwestern Saudi Arabia, on April 13, 2015. (AFP/Fayez Nureldine)

Saudi Arabia's war on Yemen has ground into a no-win one, says the kingdom's military which has been pounding the Arab world's poorest nation for almost a year.

Brigadier General Ahmed Asiri, the forces' spokesman, said on Monday that the kingdom was now stuck in a "static war" against its southern neighbor.

He said US and British military experts were advising Saudi forces on how to improve aerial targeting.

"Experts from the United States... (will) work on extensive reports and develop operating mechanisms, together with the British side."

Yemen has been under military attacks by Saudi Arabia since late March last year in a bid to bring the country's embattled President Abd Rabbu Mansur Hadi, a Riyadh ally, back to power.

Over 8,270 people, among them 2,236 children, have been killed and 16,015 others injured since the onset of the warfare. The strikes have also taken a heavy toll on the impoverished country's facilities and infrastructure, destroying many hospitals, schools, and factories.

A recent UN report verified that the aggressors in the Saudi war had targeted civilians in Yemen, documenting 119 sorties that violated international humanitarian law.

Asiri said Saudi Arabia "greatly regrets civilian casualties in Yemen," claiming that the civilian fatalities of the war had been caused unintentionally.

A senior official with Doctors Without Borders (MSF), however, said last week Saudi Arabia is targeting civilians in Yemen with "utter disregard" for international law with "the silent consent" of the West and the UN Security Council.

"The Saudi-led coalition is waging a military campaign that treats civilians and civilian structures as legitimate military targets," MSF Executive Director in the US Jason Cone wrote in the Time magazine.

Between March and November of last year, bombs were dropped on or near medical facilities nearly 100 times, he said.

Asiri acknowledged that an MSF hospital in northern Yemen had been hit on October 27 – which Saudi Arabia had previously denied.

Asiri said Saudi Arabia has been forced to evacuate a dozen villages and displace over 7,000 people in the face of operations by the Yemeni army and allied Houthi fighters.

Yemeni forces have struck back in the face of daily Saudi attacks, seizing some areas inside the kingdom.

Asiri said projectiles fired from Yemen had had killed 375 people inside the kingdom since March but claimed they were civilians.

Riyadh has enforced a blockade on Yemen, citing fears that incoming vessels could contain arms destined for the Houthis. The siege has been met with severe criticism on the part of humanitarian organizations, which say it has brought the country close to famine.

The Saudi official, however, restated concerns, saying some weaponry was being smuggled to the fighters via sea.

Can Yaman Shares First Photo From Curfew.. Is He Returning to Erkenci Kuş Style?