A Minnesota woman who worked as a linguist for a U.S. Special Operations Task Force in Iraq was sentenced to 23 years in prison for admitting to passing classified national defense information to a man whom she loved that was linked to Hezbollah, putting the lives of human assets working clandestinely for the United States at risk. 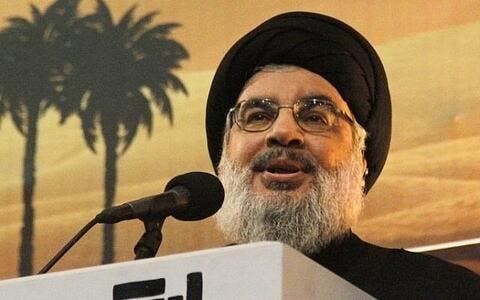 We Will Pray at Al Aqsa - Hezbollah's Hassan Nasrallah

Mariam Taha Thompson, 62, was sentenced Wednesday after entering a guilty plea on March 26 to one count of delivering defense information classified at the secret level to aid a foreign government, a charge that carries a maximum sentence of up to life imprisonment.

Mariam Taha Thompson, who is 62, sentenced to 23 years for sharing details of US troop movements in Iraq with Hezbollah. https://t.co/A3eWLA8NP3

"Thompson's sentence reflects the seriousness of her violation of the trust of the American people, of the human sources she jeopardized and of the troops who worked at her side as friends and colleagues," Assistant Attorney General John Demers for the Justice Department's National Security Division said in a statement. "That Thompson passed our nation's sensitive secrets to someone whom she knew had ties to Lebanese Hezbollah made her betrayal all the more serious."

Thompson, who was born in Lebanon but became a naturalized U.S. citizen in 1993, knew the information she was handing off to the man identified in court documents as "unindicted coconspirator" would reach those in Hezbollah, prosecutors said.

According to the Statement of Offense in Support of Plea of Guilty, she was introduced to the man, whom she believed to be a wealthy, well-connected Lebanese national, by a family member in 2017 through social media. Though they never met, the man said he wanted to marry her, which Thompson eventually agreed to.

Thompson, who had worked as a linguist since 2006, was assigned to a Special Operation Task Force facility in Erbil, Iraq, in mid-December 2019.

On Dec. 29, 2019, amid rapidly sinking relations between Washington and Tehran, the U. S. military conducted airstrikes on Kata'ib Hezbollah in Iraq and Syria, in retaliation for attacks on military bases that host Operational Inherent Resolve coalition forces.

In response to the airstrikes, protesters then-President Donald Trump said were orchestrated by Iran attacked the U.S. embassy in Baghdad. Then on Jan. 3, 2020, the United States assassinated Qassem Soleimani, the leader of the elite Islamic Revolutionary Guard Corps. at the international airport in Baghdad.

Prosecutors said the unindicted coconspirator then contacted Thompson "very emotional and upset about the airstrikes" and first asked Thompson to provide Hezbollah with information on the human assets who helped the United States target Soleimani.

WASHINGTON (CN) — Mariam Taha Thompson, a contract linguist who worked for the Pentagon, was sentenced to 23 years in federal prison Wednesday for transmitting highly sensitive information to the Lebanese terrorist organization Hezbollah. https://t.co/YSZZGV8idh
via @KailaPhilo

In total, Thompson handed her lover the identifying information for at least eight undercover human assets, including their real names and photographs, 10 U.S. targets and "multiple" tactics, techniques, and procedures human assets use to retrieve information for the United States, prosecutors said.

She was arrested Feb. 27 of last year following an investigation that began a month earlier, and she was charged several days later on March 5.

Thompson's defense had sought a seven-year sentence from U.S. District Judge John D. Bates, but he said he was unaware of any espionage case where the convicted received less than 15 years for giving up the identifies of human assets, The Washington Post reported.

The sentence was shortened from life imprisonment due to Thompson having served alongside U.S. troops in Afghanistan, Iraq and Syria but the 23-year sentence she did receive will essentially keep her behind bars for the rest of her life. 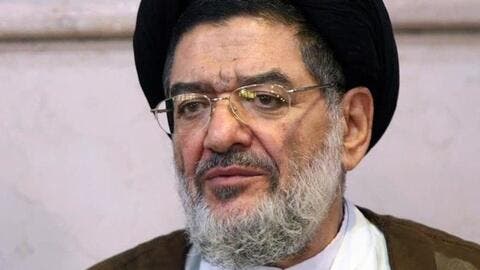 One of The Hezbollah Co-founders Dies of COVID-19

In asking for Bates to impose a lighter sentence, Thompson said she loved her country and the troops but that "I just wanted to have someone to love me in my old age."

"Because I was so desperate for that love I forgot who I was for a short period of time," she said.