More Than 1.6M People Forcibly Displaced in The First Half of 2021

An additional 1.6 million became forcibly displaced in the first six months of 2021, bringing the total number of people fleeing violence and other insecurities to more than 84 million, the United Nations said Thursday. 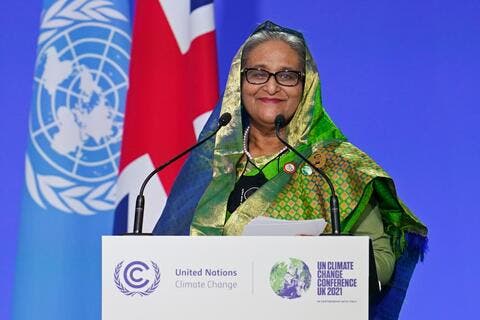 Sheikha Hasina Tells World to be Gentle With 'Climate Migrants'

A new report from the U.N. Refugee Agency, the UNHCR, found that from January to June, internal displacement fueled the increase over the 82.4 million displaced at the end of 2020. Active conflicts were largely to blame, especially in Africa, the report said.

Violence, insecurity & the climate crisis are driving more people from their homes than ever before, says @Refugees. https://t.co/XAdSANGa3y

"The international community is failing to prevent violence, persecution and human rights violations, which continue to drive people from their homes," said Filippo Grandi, the U.N. High Commissioner for Refugees. "In addition, the effects of climate change are exacerbating existing vulnerabilities in many areas hosting the forcibly displaced."

Nearly 51 million people were internally displaced as of June, with COVID-19 travel restrictions limiting many people's ability to seek asylum elsewhere. Some 1.3 million are internally displaced in the Democratic Republic of Congo and 1.2 million in Ethiopia. Violence in Afghanistan and Myanmar also has forced people to flee their homes.

During the first six months of 2021, there also were nearly 21 million refugees, primarily from the Central African Republic, South Sudan, Syria, Afghanistan and Nigeria.

Though less than 1 million internally displaced people and 126,700 refugees were able to return to their homes in the first six months of 2021, the overall number increased by 1.6 million over the end of 2020. The number has seen a significant jump from 2012, when 21 million people were displaced, according to UNHCR figures. 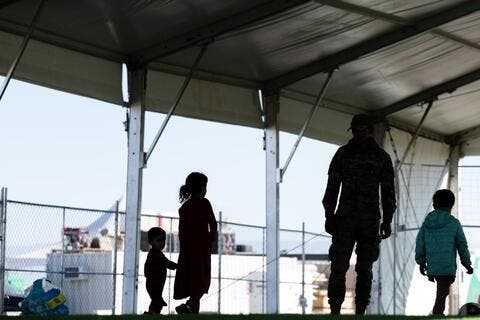 Afghan Refugees Look Forward to Their New Home in Italy

Prime Minister #SheikhHasina on Thursday asked the world leaders to act seriously for the prompt repatriation of forcibly displaced #Rohingyas to avert the spread of security risks beyond borders.#Bangladesh https://t.co/Ce4tM5tv7E

"The international community must redouble its efforts to make peace, and at the same time must ensure resources are available to displaced communities and their hosts. It is the communities and countries with the fewest resources that continue to shoulder the greatest burden in protecting and caring for the forcibly displaced, and they must be better supported by the rest of the international community," Grandi added.