The United Nations worried that number of civilian deaths in Afghanistan may reach the highest in more than a decade if the Taliban's offensives across the country are not halted. 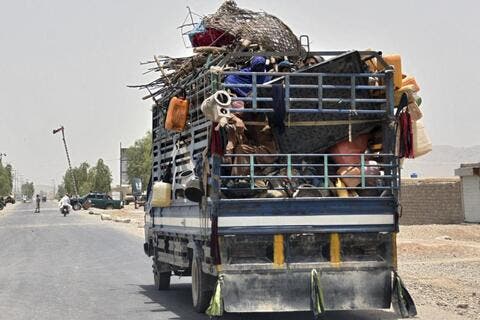 Violence has surged since early May when the insurgents cranked up operations to coincide with a final withdrawal of US-led foreign forces.

Report released today warns that 2021 will see more Afghan civilians killed and injured than ever before recorded by UN if ongoing military operations in #Afghanistan continue unchecked. https://t.co/oXoCFPBdZF pic.twitter.com/2Q72TkXX9x

In a report released on Monday documenting civilian casualties for the first half of 2021, the UN Assistance Mission in Afghanistan (UNAMA) said it expected figures to touch their highest single-year levels since the mission began reporting over a decade ago.

It also warned that Afghan troops and pro-government forces were responsible for a quarter of all civilian casualties.

"Unprecedented numbers of Afghan civilians will perish and be maimed this year if the increasing violence is not stemmed," UNAMA head Deborah Lyons said in a statement released with the report.

"I implore the Taliban and Afghan leaders to take heed to the conflict's grim and chilling trajectory and its devastating impact on civilians."

Sharp rise in civilian casualties in May, June

The UN's Assistance Mission to Afghanistan (UNAMA) said in a report it had documented 5,183 civilian casualties between January and June, of which 1,659 were deaths. The number was up 47 percent from the same period last year.

The rise in civilian casualties was particularly sharp in May and June – the initial period of the Taliban's current offensives – with 783 civilians killed and 1,609 wounded, it added.

"Particularly shocking and of deep concern is that women, boys and girls made up of close to half of all civilian casualties," the report said.

UNAMA blamed anti-government elements for 64 percent of civilian casualties – including some 40 percent caused by the Taliban and nearly nine percent by Daesh terrorist group.

About 16 percent of casualties were caused by "undetermined" anti-government elements.

But Afghan troops and pro-government forces were responsible for 25 percent, it said.

UNAMA said about 11 percent of casualties were caused by "crossfire" and the responsible parties could not be determined.

The Taliban's ongoing assault has seen the insurgents capture half of Afghanistan's districts and border crossings as well as encircle several provincial capitals.

The fighting is largely in the rugged countryside, where government forces and insurgents clash daily. 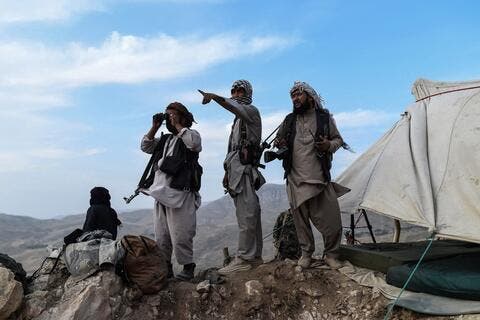 Negotiators have been meeting in Qatar's capital of Doha in recent weeks but diplomats have cautioned there has been little substantive progress since peace talks began in September.