Morocco and Spain at Loggerheads Over 1000s of Migrants

Published May 20th, 2021 - 07:53 GMT
Spain stepped up diplomatic pressure on Rabat as its prime minister flew into Ceuta, vowing to "restore order" in the North African enclave after a record 8,000 migrants reached its beaches from Morocco. FADEL SENNA / AFP
Highlights
Thousands of migrants were allowed to cross from Morocco to Spain's Ceuta area.

Morocco's latest decision to allow thousands of migrants to enter the Spanish enclave has added strain between the two sides, with the European Union calling the move "blackmail". 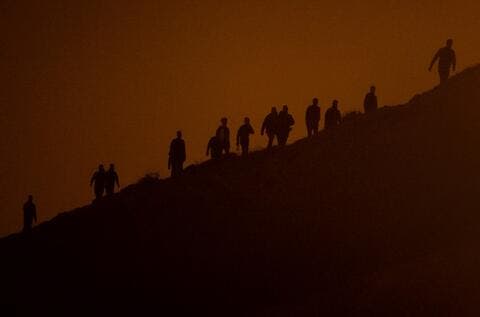 Spain Wants to Curb The Flow of Migrants From Morocco

The images were striking. Around 8,000 migrants entered a tiny Spanish enclave called Ceuta by either swimming across the Mediterranean sea or jumping over the tall border fences separating the territory from the rest of Morocco.

Alarmed by the situation, Spain's Prime Minister Pedro Sanchez quickly returned home from Paris. The Spanish armed forces threw smoke bombs and beat the migrants who stood on the rocks while tanks were parked on the beach.

"Dozens of African migrants" were arrested, stated @EuroMedHR , calling on Morocco to "respect their international obligations regarding migrant rights and human dignity." https://t.co/p6mQhEbT3V via @InfoMigrants

Ceuta, which is located across Gibraltar on the northern tip of Morocco, has a population of 80,000. Along with another Spanish enclave called Melilla, Ceuta has long been a magnet for African migrants seeking a better life in Europe.

Migrants on the shores of Spain

Spain and the European Union have long relied on Morocco to police the European borders and push the migrants away. Europe boasts close ties with Rabat and provides financial assistance to stop the influx of migrants from Sub-Saharan Africa.

But despite that, Spain has been grappling with a surge in migrant arrivals on the Canary Islands off the Moroccan coast.

Last year, more than 23,000 migrants reached the archipelago, a figure eight times higher than that in 2019, according to the figures by the Spanish Interior Ministry. And this year, the arrivals so far have more than doubled the number for the same period in 2020.

It’s a “serious crisis for Spain and Europe," Prime Minister Sanchez said in a televised address before his arrival in Ceuta.

European Commission Vice-President Margaritis Schinas tweeted that the enclave's frontier was a European border, expressing his "full solidarity with Spain".

European Commission Vice President Margaritis Schinas said Europe would not “be intimidated by anyone on the subject of migration”.

“No one can blackmail the European Union,” Schinas said in an interview with the Spanish radio, Radio National Espana.

A sudden influx of migrants, which is expected to be stopped by Morocco’s aggressive border patrols, is seen as nothing but a message that Spain can barely ignore.

Rabat is angry at Madrid for allowing Brahim Ghali, a separatist from the Polisario Front, to be admitted to a Spanish hospital for Covid-19 treatment.

The Algeria-backed Polisario Front has long fought for Western Sahara's independence from Morocco. The former Spanish colony is at the heart of Moroccan foreign policy - so much so that Morocco accepted to recognise Israel in exchange for the US recognising Rabat’s authority over the region. Former US President Donald Trump accepted the offer and signed an agreement with Rabat last year.

Western Sahara, which is as big as Britain, is sparsely populated, with phosphate reserves and rich fishing grounds. It was occupied and ruled by Spain from 1884-1976. Morocco says it has a valid claim to the territory dating back to the colonial era.

The Sahrawi people formed the Polisario Front to push for independence before the end of Spanish rule, and later waged a guerrilla war against Morocco’s claim to the territory with the support of neighbouring Algeria.

The United Nations brokered a ceasefire in 1991, with Morocco controlling about four-fifths of the territory. The truce included the promise of a referendum on the territory’s status, but that has not taken place due to disagreements over how it should be carried out and who would be allowed to vote.

Drowning baby saved by a Spanish cop as thousands of migrants swim into North African enclave from Morocco https://t.co/6v9kQJ82s3

Rabat recalled its ambassador to Madrid for consultation and announced that it had summoned the Spanish envoy to Rabat in protest of Madrid's reception of the militia leader.

In a strongly-worded statement, Morocco's foreign ministry accused Spain of admitting Ghali under a false identity without informing Rabat and warned of repercussions for ties between the countries.

Spain, for its part, has defended itself as the foreign minister said the country had acted on purely humanitarian grounds. 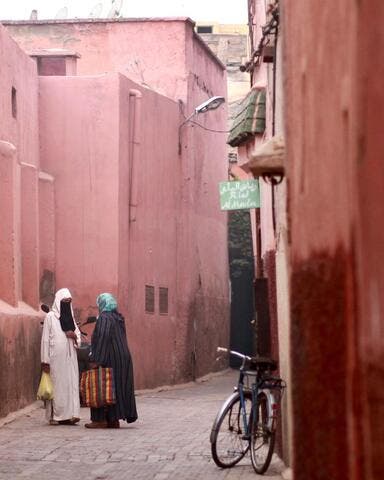 Photobook: 'Live From Morocco' is a Gift to The World

As a former coloniser, Madrid has for so long tried to appear neutral on the Western Sahara issue. It claims that a solution to the issue can only come from an agreement brokered by the United Nations.

Nonetheless, Morocco sees Spain’s position as important and considers its voice in the United Nations could change the dynamics.