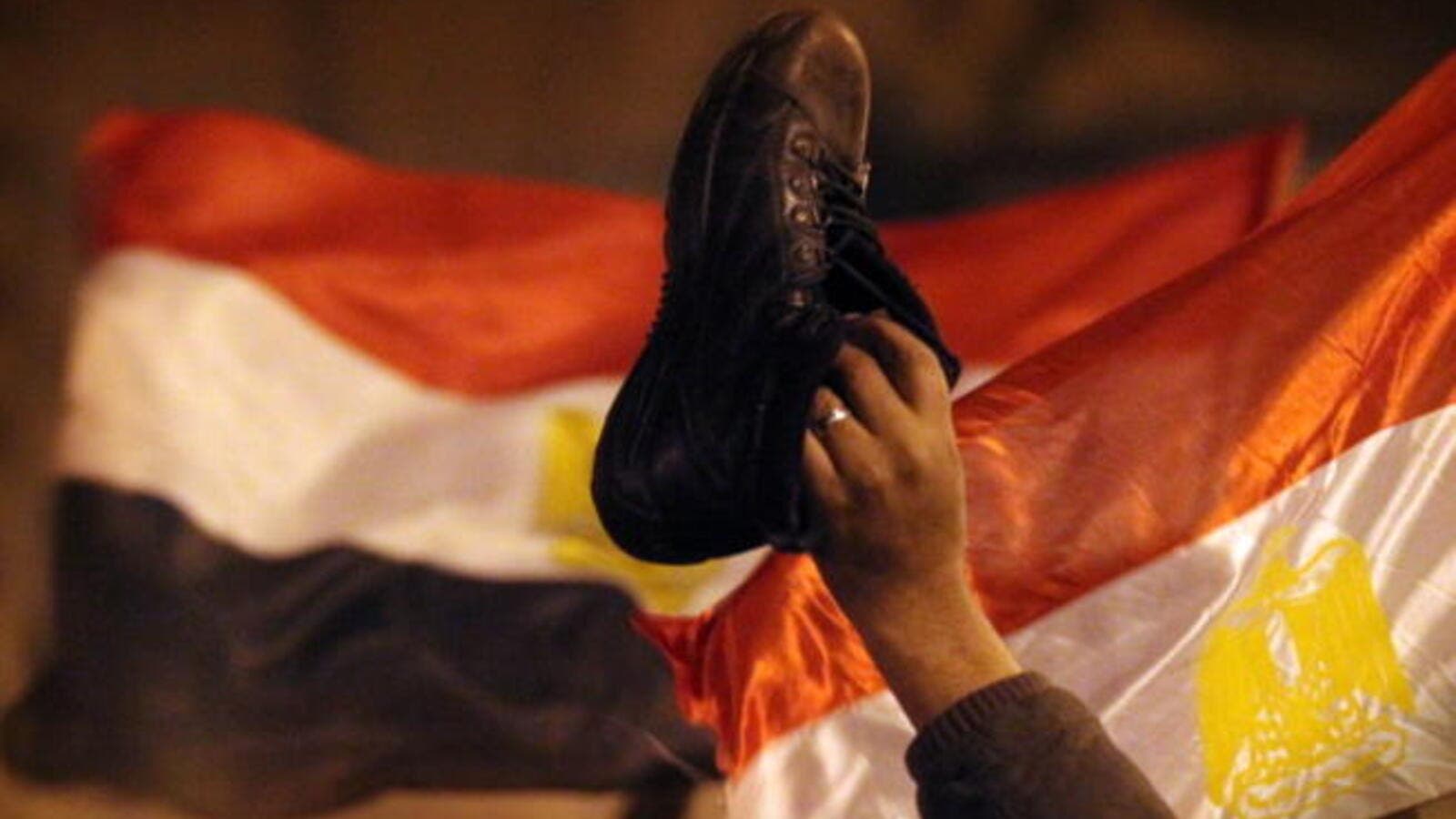 The tyranny in Egypt has outlived Mubarak

Words and expressions such as pharaoh, god, despot and assassin of democracy filled Egyptian media coverage on Friday to brand President Mohammed Morsi following his sudden snatch of sweeping powers.

While Nobel laureate Mohammed ElBaradei described Morsi as Egypt’s new pharaoh, a prominent lawyer who defended Muslim Brothers in Hosni Mubarak’s jails for 15 years has branded the new Morsi as a God.

“Morsi today usurped all state powers and appointed himself Egypt’s new pharaoh. A major blow to the revolution that could have dire consequences,” ElBaradei wrote on his Twitter account.”

Tharwat el-Kherbawy, lawyer and former Muslim Brotherhood member who split from the group in 1999 wrote on his twitter account that those who accept Morsi's decisions were "slaves" and those who cheer for him were "mutants." He said it was “not permissible for Morsi to make himself like a God” with all those powers amassed in his hands.

Kherbawy added that even The Prophet Mohammed did not have as much powers as President Morsi currently holds.

While many supporters of Morsi insist that the president’s move to render all his decisions irrevocable by any authority, including the judiciary, was a necessary step to moving the country forward, opponents from liberal and revolutionary forces warned his move was a dangerous backward leap into another dictatorship, potentially worse than its predecessor.

Leading Muslim Brotherhood member Essam al-Arian said that Morsi's decisions were aimed at supporting democracy and protecting the goals of the revolution.

Amr Hamzawy, a liberal member of the dissolved parliament, in a Twitter post commented on Morsi’s latest decisions, saying that Egypt was heading toward "an absolute presidential tyranny.”

In between the polarizing views, lies the reality that many choose to ignore. The Muslim Brotherhood is the most organized and powerful group in the country. All other forces are divided and in many instances have failed to consolidate their efforts to provide a viable alternative.

It has been five months since Morsi took office in an election bitterly contested between him and former regime figure Ahmed Shafiq. The liberal revolutionary forces then failed miserably to unite around a common candidate.

Today, these forces are still divided and there is major doubt they can swing the decisions of President Morsi who is backed by a powerful, well-organized machine of supporters.

After yesterday’s presidential decrees, Egypt seems to be left with two solutions. One, trust that Mr. Morsi will not misuse his powers and live with him as a “reformist dictator” until a strong alternative to the Brotherhood is established. Or, watch and count on outside powers to do the job for Egyptian liberals.

What do you think of Morsi's latest moves? Is he just Mubark with a beard? Or is he just misunderstood?