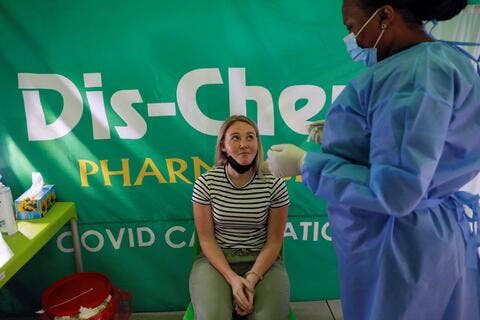 The patient, who had been fully vaccinated, returned to Italy from Mozambique only days ago, Italian news agency ANSA reported.

BREAKING: Italy and Germany both have confirmed cases of the omicron COVID-19 variant, according to news reports. https://t.co/G5inApMbUw

People who had been in contact with the patient are also self-isolating as a precaution, it added.

This week, South African scientists announced that they had discovered the Omicron variant, which has several mutations that may carry the risk of reinfection. The same variant was also detected in neighboring Botswana, as well as Hong Kong, and was first detected on Nov. 12-22 before being announced on Thursday.

On Friday, the World Health Organization declared the strain a "variant of concern," naming it Omicron.

Several countries around the world have now banned flights from over half a dozen Southern African nations, including South Africa, Namibia, Botswana, Zimbabwe, Mozambique, Lesotho, and Eswatini, over fears of the new variant.