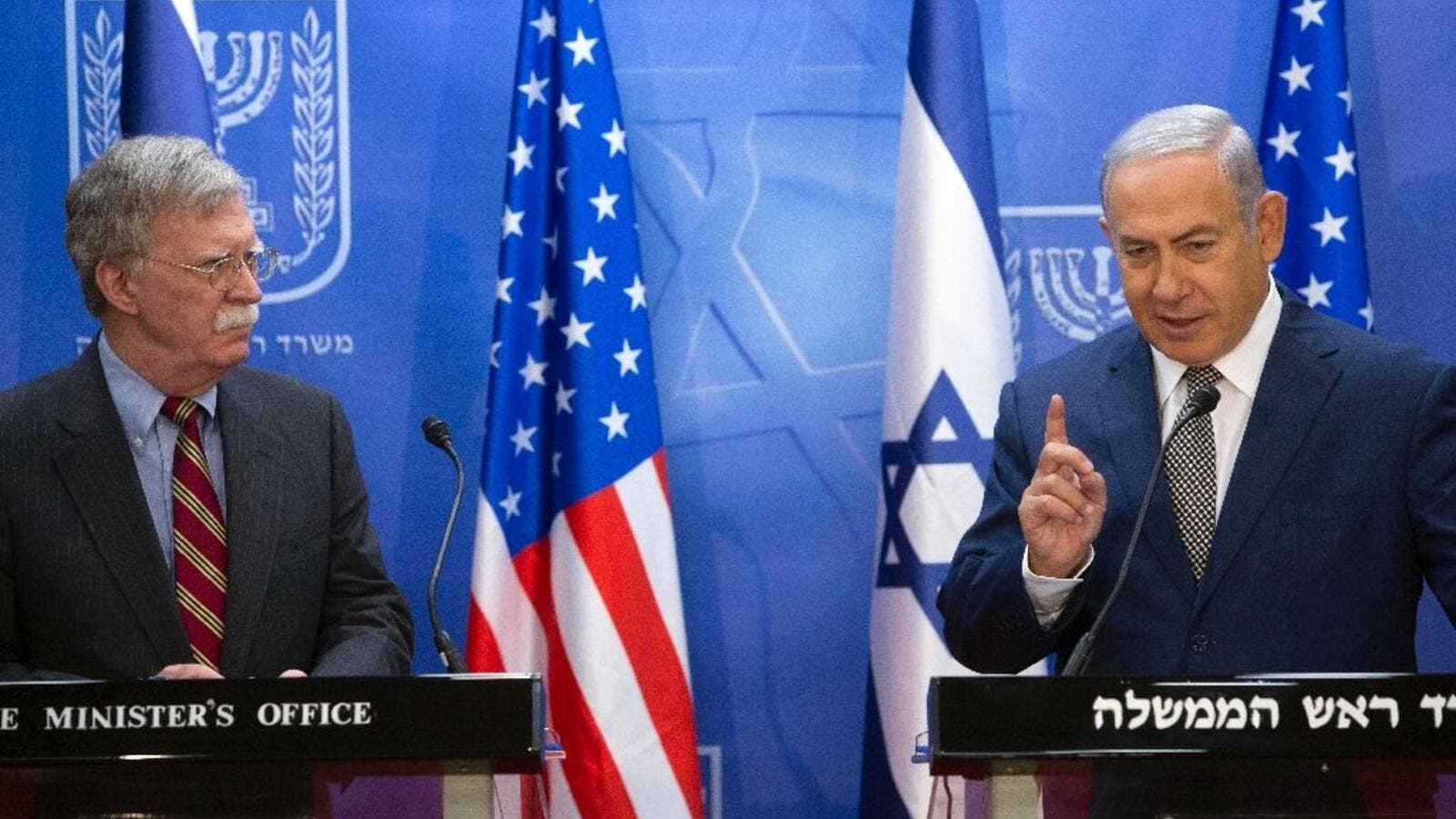 “The Golan Heights is tremendously important for our security,” Netanyahu told US National Security Adviser John Bolton, during a joint statement after their meeting in Jerusalem al-Quds on Sunday.

Netanyahu said he was planning to take the Trump adviser on a tour of the occupied Golan Heights.

“When you’re there, you’ll be able to understand perfectly why we’ll never leave the Golan Heights and why it’s important that all countries recognize Israel’s sovereignty over the Golan Heights,” Netanyahu said. “I’ve discussed this with the president, and I hope I have a chance to show it to you directly tomorrow on our visit.”

In 1967, the Israeli regime waged a full-scale war against Arab territories, including those of Syria, and occupied a large swathe of Syria’s Golan Heights.

In 1973, the Yom Kippur War broke out between the Israeli regime and a coalition of Arab states led by Egypt and Syria.

A year later, a UN-brokered ceasefire came into force, according to which the Israeli regime and the Syrian government agreed to separate their troops, and create a buffer zone patrolled by UN peacekeepers.

A few days after the law’s passage in Israel’s Knesset, UN Security Council Resolution 497 determined the law as “null and void and without international legal effect.”

Standing next to Bolton, Netanyahu praised Trump for recognizing Jerusalem al-Quds as Israel’s “capital,” for withdrawing from the 2015 Iran nuclear agreement and for supporting the Israeli regime in international forums, saying the Trump administration backed Tel Aviv “both in word and deed.”

“It’s important to know that we have the backing of our great friend and ally, the United States of America,” he said.

The United Nations General Assembly overwhelmingly voted in favor of a resolution on the permanent sovereignty of Syria over natural resources of the Israeli-occupied Golan Heights in 2018.

Also on Sunday, Bolton visited the Western Wall and its adjacent tunnels in the old city of Jerusalem al-Quds in a move that angered the Palestinians.

Accompanying him on the tour of the city were his Israeli counterpart, Meir Ben-Shabbat, Israeli Ambassador to the US Ron Dermer, and US Ambassador to Israel David Friedman.

Since the international community does not recognize Jerusalem al-Quds as Israeli territory, foreign dignitaries usually avoid having Israeli officials as company when they visit the Western Wall, which is considered as one of the most sacred Jewish sites.

Trump became the first sitting American head of state to visit the Western Wall In May 2017. Later on, he recognized Jerusalem al-Quds as Israel’s capital and proceeded to move the US diplomatic mission to the ancient city.

Palestinians want the West Bank as part of a future independent Palestinian state with East Jerusalem al-Quds as its capital.