Mayor of New York City, Bill de Blasio, has declared on Wednesday a state of emergency over record-breaking rain and flooding. 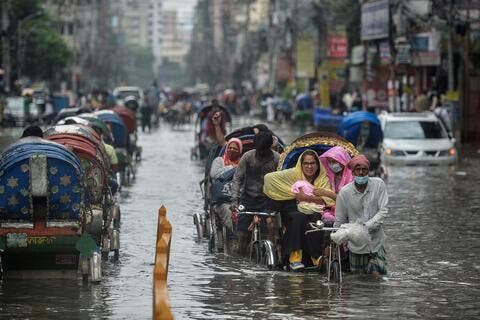 Flooding Affects Over 100,000 Residents in Bangladesh

Blasio described the situation as "historic weather event" where heavy the rain across the city is causing floods and dangerous conditions on the roads.

Multiple videos and photos have been taking over the social media showing heavy floods covering up New York banning normal movement in the city.

A video released for Staten Island in New York City shows half of street-cars appearing while the other half fully covered with huge floods as rescue forces are battling hatsh conditions to save people locked on roads.

Why Should Indigenous People be on the Frontline of Nature Conservation?