A tough new COVID-19 vaccine mandate will give thousands of New Zealanders one month to get the shots or live under fear of getting sacked. 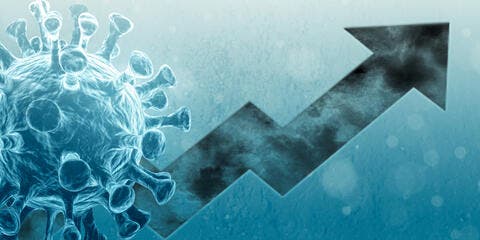 Prime Minister Jacinda Ardern on Tuesday announced that 40 per cent of the country's workforce must be fully vaccinated by the end of November.

People who work at hairdressers, gyms, nail salons, bars and restaurants are among those who will face losing their job if they don't roll up their sleeve for a jab.

Jacinda Ardern admitted that vaccine passports will create a two tier society. The madness of the lie that they offer ‘confidence’ and safety underpins the biosecurity state, and frightens me more than the segregation. #NoVaccinePassports #together

Ms Ardern said by asking people who came into close contact with their customers to get vaccinated it would reduce the risk of community transmission of Covid-19.

'This requirement means staff and teachers are treated equally and it will play a large part in helping to minimise the spread of the virus in the highest-risk venues by reducing the potential for Covid to enter the business in the first place,' she said.

'If customers must be vaccinated, then so too must the workers.'

The mandate comes just weeks after teachers and healthcare workers - about 15 per cent of the country's workforce - were asked to get the jab.

Doctors, pharmacists, nurses and healthcare workers must be fully vaccinated by December, while teachers and education staff have until the end of January.

The New Zealand government will work towards vaccinating 90 per cent of the eligible population aged 12 and over in a bid to end lockdowns for good.

Residents will also be required to show vaccine passports at businesses where they come into close contact with service providers.

However opposition leader Judith Collins said slammed the restriction as unnecessary once vaccination targets had been met.

'Some businesses will choose to require proof of vaccination. Others will not,' the Nationals leader said in a statement.

Auckland is due to exit lockdown when the city's District Health Boards have vaccinated 90 per cent of the eligible population, due at the end of November.

The city will then become the first region to the new traffic light system - entering at 'red settings' - which will require businesses to operate under vaccine mandates.

Regions will join capital city under these settings once they have hit the 90 per cent double-dose rate.

'With the new traffic light system, businesses we previously treated as high risk like hospitality, hairdressers and gyms can operate at all levels if they ask customers for a vaccine certificate,' Ms Ardern said.

Auckland and Covid-hit parts of the Waikato region are currently under level 3 of New Zealand's four-tier restrictions, with non-essential retail closed.

Retail remains open across the rest of the country under level 2 restrictions with caps on venue capacity.

New Zealand recorded 74 new Covid cases on Thursday as residents in Christchurch nervously wait to hear if the South Island city will enter a snap lockdown.

Health officials are currently scrambling to trace the movements of a local couple who tested positive for Covid-19 overnight.

Authorities fear one of the pair - who are both unvaccinated - were infectious for up to a fortnight with one other household so far detected as close contacts.

It comes just a week after the Professor Paul Kelly announced the Australian government has reopened quarantine-free travel from New Zealand's south island which previously boasted no cases since last year.

Jacinda Ardern reportedly phoned the families of all 28 people in NZ who died of Covid.

If Johnson did the same, with each call taking 5 minutes, it would take him 5 years, 9 months and 2 weeks.

Travellers coming from the Covid-ravaged North Island will still spend 14 days in hotel quarantine until November 1 at the earliest.

South Island Kiwis flying across the Tasman must return a negative Covid test within 72 hours of the departure flight time, show proof they're fully vaccinated and have not been on the North Island for any period during the last 14 days.

The so-called green lane travel bubble between Australia and New Zealand has been on hold since July, when New Zealand suspended the trans-Tasman bubble due to growing cases in NSW and Victoria.

While there are several Covid-free regions in both countries - including Wellington and the South Island - the government has not had an appetite to reopen the bubble.

A hard border has been maintained as New Zealand pursued an elimination strategy against the virus, but the reluctant acceptance of ongoing community cases has turned the government's mind to a border rethink. 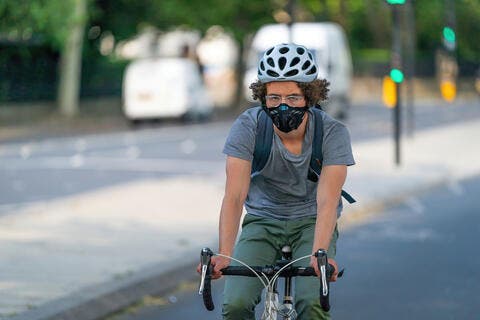 'We are actively considering our MIQ settings in light of the fact that we are unlikely to get back to zero cases,' Covid-19 Minister Chris Hipkins said last week.

'You can expect to see us talking more about that fairly soon.'