The two Koreas have announced reopening communications and military hotlines and successfully tested the systems on Monday, both governments reported, amid signs of thawing relations on the Korean Peninsula. 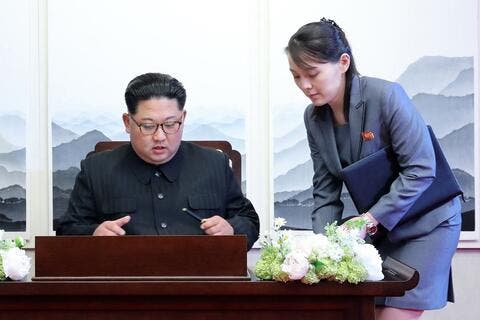 Is North Korea's Kim Ready to Restore Talks With The South?

The move followed North Korean leader Kim Jong Un's vow last week to restore the lines, which had been mostly dormant for more than a year after Pyongyang cut off all communications with Seoul.

A statement carried by North Korea's state-run news agency said that the communications lines were turned on at 9 a.m. Monday as part of an "effort to realize the expectation and desire of the entire nation who want the [N]orth-[S]outh relations to be restored as soon as possible and lasting peace to be settled on the Korean Peninsula."

Seoul "should make positive efforts" to put relations on track and "settle the important tasks, which must be prioritized to open up bright prospect[s] in the future," the statement in the Korean Central News Agency said.

The South Korean military confirmed that its hotlines on the east and west coasts of the country resumed operations on Monday and were working normally.

The military communications channel "has contributed to the prevention of accidental clashes," the Defense Ministry said in a statement.

"It is hoped that this measure to restore military communication lines between the South and North Korean authorities will lead to a substantial easing of military tensions on the Korean Peninsula in the future," it said.

South Korea's Ministry of Unification also confirmed that its direct hotline with the North restarted on Monday. It said that the government is hoping "to begin and advance substantive discussions on improving inter-Korean relations and making peace take root on the Korean Peninsula," according to South Korean news agency Yonhap.

The two sides will hold regularly scheduled calls twice a day, at 9 a.m. and 5 p.m., the ministry said.

North Korea cut off all communications and destroyed a joint liaison office in its border town of Kaesong in June 2020 after complaining about the practice of defectors sending information leaflets across the border via balloons.

Pyongyang briefly restored the hotlines in July but stopped answering them in August in protest over joint U.S.-South Korea military drills, which the North frequently claims are rehearsals for an invasion.

The gesture is the latest in a series of overtures from Pyongyang toward improving relations with Seoul. In an address to his country's rubber-stamp parliament last week, Kim said that the North has "neither aim nor reason to provoke [S]outh Korea and no idea to harm it."

The North has also appeared receptive to South Korean President Moon Jae-in's latest proposal to declare an official end to the Korean War. The 1950-53 conflict ended with an armistice and not a peace treaty, leaving the two Koreas technically still at war.

In a speech at the United Nations General Assembly in September, Moon said an end-of-war declaration would bring "irreversible progress in denuclearization and usher in an era of complete peace."

Kim Yo Jong, the influential sister of Kim Jong Un, responded to the proposal by calling it "an interesting and an admirable idea."

Negotiations between the United States and North Korea remain frozen, however, with no substantial movement since a February 2019 summit held by then-President Donald Trump and Kim Jong Un ended without an agreement.

Officials in the administration of President Joe Biden have frequently repeated that they are willing to meet with their North Korean counterparts without any preconditions. 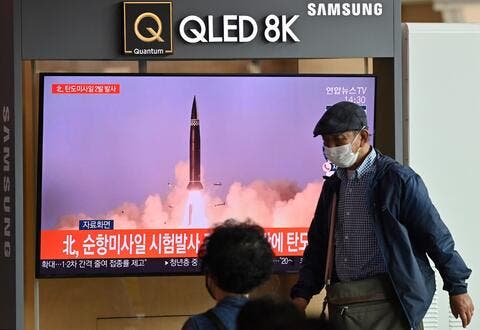 North Korea has conducted a flurry of weapons tests recently, launching new missiles on four occasions last month in moves it claims are necessary for self-defense and deterrence.