Oil and Infrastructure: How The UAE is Looking East to Invest in Central Asia, Isolate Iran and Inadvertently Augment China’s Belt and Road

Behind the scenes, and for the most part outside of the headlines, a competitive rivalry is taking place in Central Asia. Gulf Cooperation Council (GCC) states such as the UAE and Saudi Arabia are competing with China to secure energy diversification, and build the infrastructure that may one day open up the markets of the future.

Of all the GCC states, the UAE has been working the hardest to strategically invest and foster diplomatic relations with Kazakhstan and Uzbekistan, in particular. 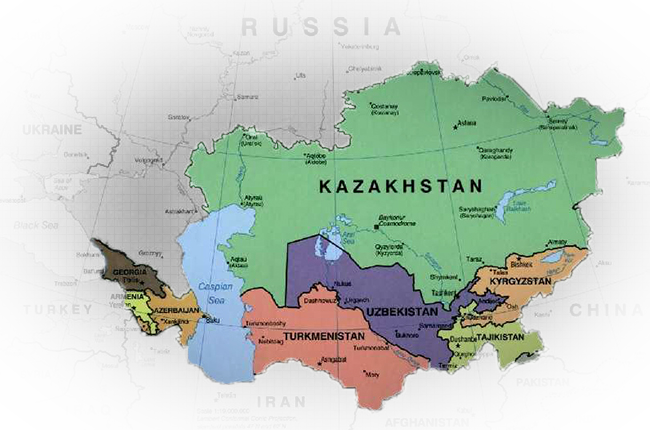 Beginning in the 1990s oil and later natural gas became major sources of revenue for Central Asian producers, particularly for Kazakhstan (55%), Turkmenistan (86.21%) and Uzbekistan (33%), according to the Emirates Policy Center. With over 30 billion tons of exploitable crude and more than one trillion cubic meters of natural gas, the Central Asian region is considered the second largest source of gas after the GCC countries. Access to - and the creation of infrastructure for - emerging energy markets explains the UAE’s bullish investment strategy in the region.

Uzbekistan has more than 90 enterprises established with the participation of UAE investments, 36 of which have one hundred percent UAE capital. Uzbekistan and the Abu Dhabi Fund for Development (ADFD) also created a joint fund for foreign direct investment worth $1 billion on October 3rd, 2018. According to Arabian Business, the UAE has been exploring gas exploration worth $200 million in the gas-rich western part of Uzbekistan.

Kazakhstan is said to have the eleventh largest oil reserves in the world, and the largest of any non-OPEC member. More than 200 Emirati companies are operating in the country, with the UAE’s Mubadala Development Company agreeing to construct a multi-billion-dollar chemical complex in the Atrayu region. The investment includes the acquisition of two special economic zones in Kazakhstan, along the Caspian sea. A direct flight from Shymkent to Dubai was launched in late 2018. According to Gulf State Analytics, Kazakh officials reportedly visit Abu Dhabi on a monthly basis, while Emirati elites travel to Kazakhstan to hunt in the country’s southern states.

In Turkmenistan, President Gurbanguly Berdymuhamedov visited Abu Dhabi in 2018 with a view to securing investments in infrastructure. Turkmenistan’s location gives it a strategic role to play in the future of Caspian energy markets, at the same time as its border with Iran provides an opportunity for both the UAE and Saudi Arabia to steer Turkmenistan away from the ‘positive neutrality’ it has followed towards Tehran in the past. 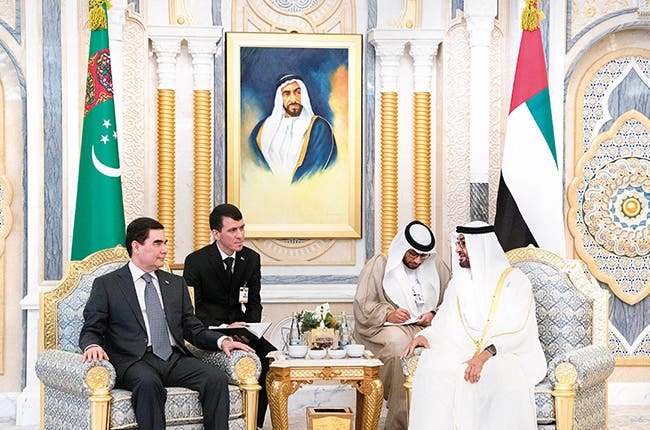 By diversifying its deals to include oil companies from Central Asia the UAE is working to ensure the future of its energy resources are not wholly dependent on the West.

Saudi Arabia is not reliant on western oil companies to the same extent. In Kazakhstan Riyadh has funded the construction of the building of the Senate, an upper chamber of the Parliament, as well as a major highway and Children’s Hospital. In addition, Saudi Arabia has provided financial assistance to train its partners across Central Asia in areas of oil and gas, human development and capacity building.

Abu Dhabi’s aims in Central Asia are at once more holistic, more long-term and more ambitious. In addition to moving to diversify and secure the future of its energy needs through investment and capacity building, the UAE perceives a far wider opportunity for its concept of “port and hub” - particularly as critical elements of China’s Belt and Road Initiative (BRI) transportation and infrastructure corridors run directly through Capsian Sea states. This sets up the UAE and Saudi Arabia as potential partners and possible competitors with China in Central Asia.


China and the UAE in Central Asia 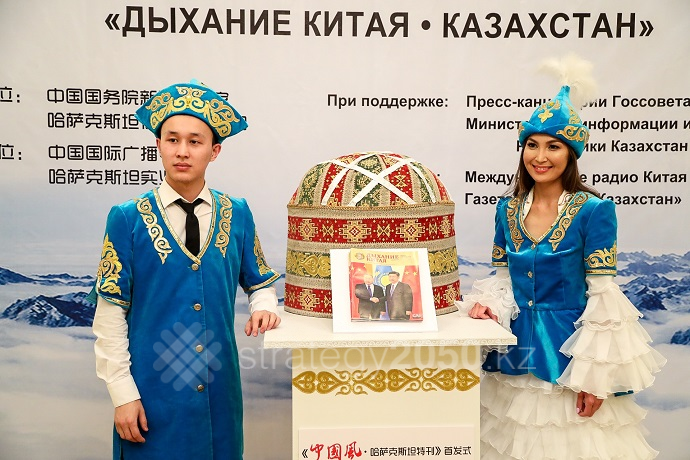 For China, its rivals in Central Asia are not the USA, India or Japan but Saudi Arabia and the UAE. Iran’s involvement in the region is welcomed by Beijing so long as Tehran avoids proselytising or ideological zeal. Yet much of the GCC’s involvement in the same region is predicated on keeping Iran out. China’s plans in Central Asia are ambitious, with Beijing hoping to assist in building high-speed rail, nuclear power, telecommunications infrastructure as well as cooperation in energy and maritime sectors.

Yet alongside the scramble for access, infrastructure, logistics and influence there are also signs that collaboration is now being explored. Foreign Minister Wang has observed that China is looking to combine the “One Belt, One Road” with the UAE’s “Look East” policy, which aims to increase the UAE’s share of trade and investment from Asia’s emerging economies. The Chinese Communist Party has made efforts to equate the “China Dream” with the “Arab Dream” through state exchanges and by promoting the BRI concept in Arabic media.

China-UAE ties also remain strong. In 2012 Abu Dhabi National Oil Company (ADNOC) and China National Petroleum Corp (CNPC) both obtained a concession equating to 40% share on a joint venture to work on upstream projects in the UAE. By 2018 UAE-China trade was at $53 billion. In 2014 over 60% of China’s trade was passing through Dubai’s Jebel Ali Free Zone according to the Dubai government, making the emirate the third largest re-export hub in the world after Singapore and Hong-Kong.

Tensions With Iran and the Caspian Sea 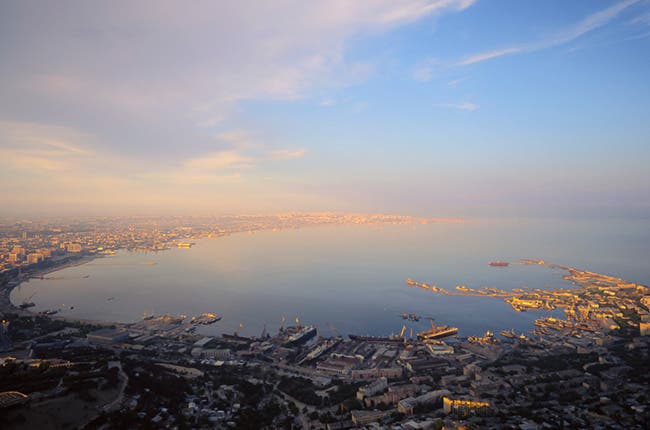 An agreement on the status of the Caspian Sea between Russia, Iran, Azerbaijan, Kazakhstan, and Turkmenistan in August of 2018 opened up the possibility for unprecedented sea-port and transport infrastructure construction, implying the development of an east-west corridor directly feeding into Beijing's ‘Belt and Road Initiative” (BRI). The status of the Caspian Sea is also a point of discussion during deliberations of the Shanghai Cooperation Organisation /Shutterstock


For both the UAE and Saudi Arabia tensions with Iran both militate and complicate a footprint in the former Soviet republics. The UAE perceives Central Asia as vital to its energy security, and a platform from which to expand its expertise in port-and-hub logistics into Asia. Saudi Arabia is primarily concerned with isolating Iran, with Riyadh providing generous patronage as well as offering membership of organisations such as the Organisation of Islamic Cooperation (OIC) or the Islamic Development Bank to partners in the region.

As in other parts of the Greater Middle East both Saudi Arabia and the UAE are engaged in a battle for influence in Central Asia. They will work together when their interests converge. The UAE, however, is not simply focused on Iranian containment; for Abu Dhabi and Dubai, Central Asia offers a path to newfound wealth, future economic and diplomatic opportunities, and a greater sense of autonomy. The biggest winner may well be China.