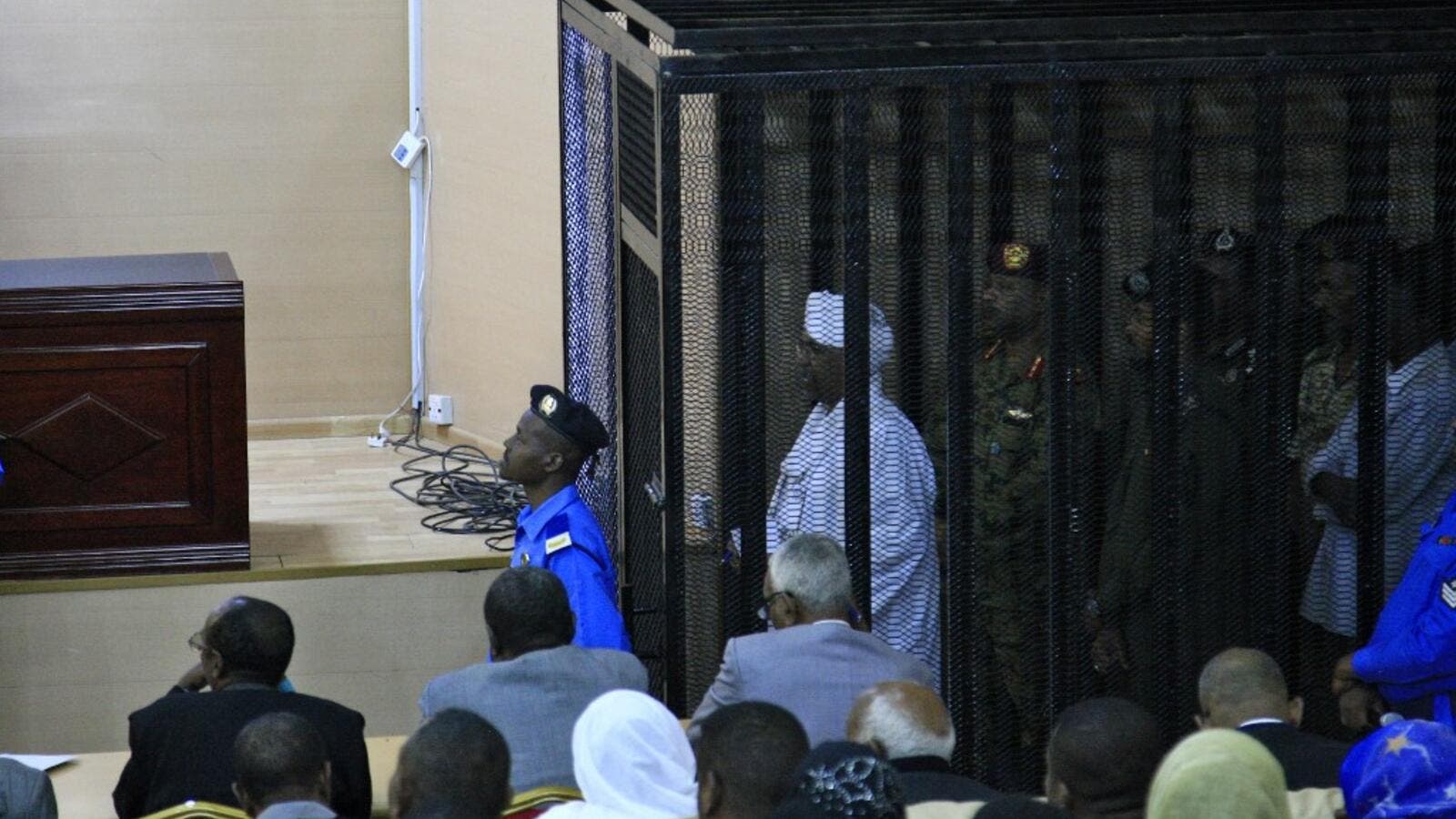 Sudan's deposed military ruler Omar al-Bashir stands in a defendant's cage during the opening of his corruption trial in Khartoum on August 19, 2019.  (AFP/ File Photo)
Highlights
Sudan President Omar al-Bashir received around $90 million from the Saudi royal family, an investigator said on his first day in court.

Sudan's deposed ruler Omar al-Bashir admitted to receiving almost $100 million in cash from the Saudi royal family when he appeared in court on corruption charges on Monday.

Police Brigadier Ahmed Ali told the court that the former president, who was ousted in April after months of mass protests across the country, had told him that the latest $25 million payment had been delivered by "some of Mohammad bin Salman's envoy", referring to the controversial Saudi crown prince.

Shortly after being deposed by the military, it was announced that Bashir would face trial on charges of receiving and possessing foreign funds illegally.

But the trial is controversial as many Sudanese protesters wish to see the former dictator face a fair trial for allegedly perpetrating war crimes, crimes against humanity and genocide - charges thrown against Bashir by the International Criminal Court (ICC) a decade ago.

Many also wish to see the former ruler face trial for the military coup which brought him to power, and the killing of protesters against his rule.

Sudanese protesters who oppose the military council that has presided over the country since April are wary that a trial in today's Sudan, where many powerful figures from Bashir's regime still hold sway, will not give a fair trial to the former president.

Inside the courtroom, Bashir was pictured in a metal cage, unshaven and wearing a traditional white gown.

When authorities raided the deposed leader's home back in April, nearly seven million euros ($7.8 million) was found, in addition to smaller amounts in US dollars and Sudanese pounds.

"The accused told us that the money was part of a sum of $25 million sent to him by Prince Mohammed bin Salman to be used outside of the state budget," Ali said, according to AFP.

Bashir also said he had received two previous payments of $35 million and $30 million from former Saudi King Abdullah, who died in 2015.

"This money was not part of the state budget and I was the one who authorised its spending," Ali quoted Bashir as saying.

The ousted former president said the Saudi money had been exchanged and spent, and that he could not remember how, the investigator added.

Bashir listened to the testimony but did not comment.

The head of Bashir's defence team, Ahmed Ibrahim al-Tahir, claimed in July that the ousted leader's trial had no "political background".

"It is an absolute criminal case with a baseless accusation."

Bashir was also charged in May by Sudan’s chief prosecutor with incitement and involvement in the killing of protesters. Prosecutors have also sought his questioning over suspected money laundering and terrorism financing.

Amnesty International has urged the new transitional government to ratify the ICC's Rome statute and extradite Bashir to face trial in the Hague.

"While this trial is a positive step towards accountability for some of his alleged crimes, he remains wanted for heinous crimes committed against the Sudanese people," Amnesty International said.

A landmark power-sharing agreement was finally signed by the military and the opposition Alliance for Freedom and Change (AFC) coalition on Saturday.

Sudan's opposition coalition on Sunday named five people who will be sworn in on Monday as civilian members of the country's new sovereign council, a source within the coalition said.