The Operation for Hodeidah Port Can End the Yemen War, or Prelude Catastrophe 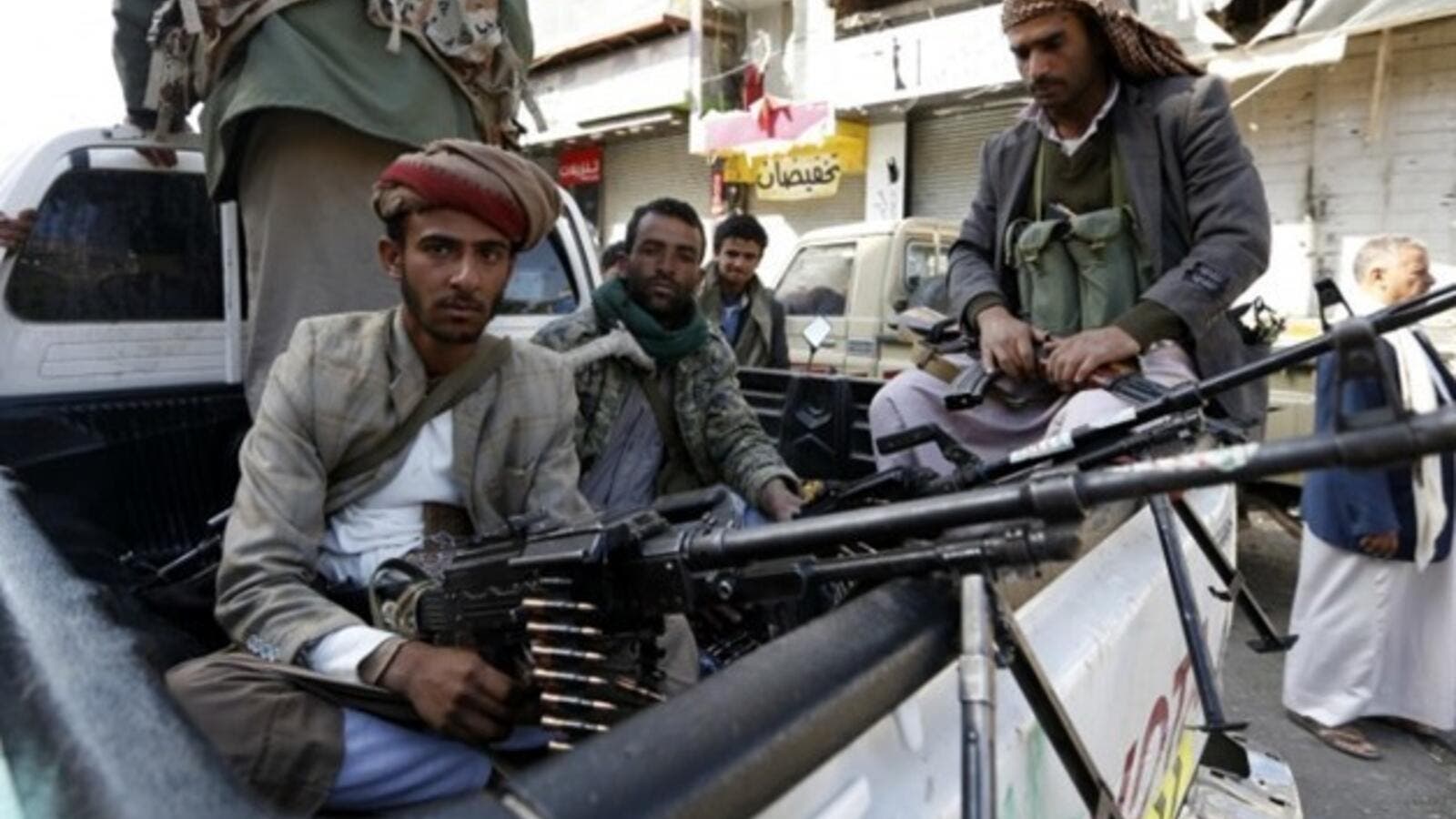 The citizens of the Yemeni port of Hodeidah are bracing themselves for a fresh battle between Saudi-led coalition forces and the Houthi rebels currently controlling the city. The fighting has already reached residential areas, and coalition forces bombed the roads leading toward the airport. They managed to retake the airport quickly, but the fight for the seaport will be a different matter altogether.

The significance of Hodeidah to Yemen is difficult to overstate, and dread is rising over the human cost of the battle to come. More pain for Yemeni civilians will follow, the characteristic of a war that has created indescribable human suffering. But if Hodeidah changes hands, analysts say, it could mark a turning point in the Yemen war, and possibly the beginning of the end.

Hodeidah is the second largest port in Yemen, and the only major port on the north-western coast. Yemen’s dependence on imported goods is extremely high. The country’s arid climate is unforgiving for crops – the total domestic production of cereal crops only meets 20% of the country’s needs. And given this need for imports, it is no exaggeration to say that whoever controls Hodeidah controls the country’s future. Moreover, any damage to the port during a fight would have devastating consequences.

“Even before the current conflict Yemen was highly food insecure, importing close to 90 percent of the food the population eats. Hodeidah is the gateway for the majority of these imports and currently receives more than 70 percent of all the commercial and humanitarian goods arriving to the country — including food, fuel and medicine. UN agencies, humanitarian groups, and many others have pointed out that there is no viable way to make up for Hodeidah’s import capacity if the port shuts down, given that it has the largest offloading and storage facilities in the country, and is the closest major port to Yemen’s largest population centres.”

And it is not just damage to the port’s infrastructure that could spark starvation. Sauer continued:

“Even if the port itself is not attacked, a siege of the city will likely force the port to close and thus sever this lifeline. Aid agencies have been clear that even a brief disruption in deliveries, or the inability to access their storage facilities in Hodeidah, will put the lives of hundreds of thousands of people at risk. Similarly, if commercial food deliveries to Hodeidah are interrupted, shortages and price spikes will ensue on the local market. In a country enduring economic collapse because of war, this would leave huge swathes of the population unable to buy food.”

Hodeidah has been, for the most part, under Houthi rebel control since November 2014. And as a result, imports going through it have become embedded in the conflict’s politics. In 2015, the intervention of the Saudi-led Arab coalition began. The coalition is made up of forces from several Arab countries, although the bulk come from Saudi Arabia and the United Arab Emirates.

The Saudi and Emirati governments, locked in an enduring proxy war with Iran, fear the Shia Houthis’ Iranian connections, and thus intervened on behalf of the displaced, but internationally recognized President Abdrabbuh Mansur Hadi. And when the Houthis fired a missile towards Riyadh in November 2017, the coalition closed all ports and airports to Yemen to prevent weapons entering the country.

This came at a terrible humanitarian cost. In response, the United Nations began inspecting all cargo going into Hodeidah in exchange for its eventual passage, although this has severely slowed aid distribution. The UN actually made several attempts to gain further control over the port, offering to take over as an independent administrating force.

Sadly, all efforts have failed, and the most recent attempt ended only a few days ago. In a last ditch effort to prevent the new battle for Hodeidah, UN envoy to Yemen Martin Griffiths travelled to Sanaa in mid-June, to try and persuade the Houthis to surrender the administration of the port to the UN. However, no agreement was reached.

But why was this seemingly neutral solution of UN administration repeatedly rejected? Jens Heibach, a Middle East Research Fellow and specialist on Yemen at the German Institute of Global and Area Studies, told Al Bawaba:

“Unfortunately, zero-sum thinking keeps on prevailing on the part of the coalition, and the UAE’s Minister of State for Foreign Affairs Anwar Gargash recently reiterated that the coalition will accept nothing less than an unconditional surrender of the Houthis. Another thing that needs to be considered is that the current campaign is masterminded by the UAE. It is hard to ignore Abu Dhabi’s recent interest in vital geostrategic ports along the coasts of the Red Sea, both on the African shore and in Yemen. So why would they be interested in the United Nations administrating Hodeida?”

Moreover, Hodeidah might represent a way out for the coalition. Heibach added:

“Apart from that, it would actually be a smart move for both the Saudis and the Emiratis to use the impending victory in Hodeida for a face-saving solution to escape the Yemen quagmire. From a position of strength, they could then argue, after Hodeida has been taken, that they entered negotiations for the sake of ending the humanitarian catastrophe.”

This is the grim gamble of a fresh offensive to retake Hodeidah. The coalition are determined to take the port at whatever cost, and when it comes to showing restraint in order to prevent civilian casualties, their record has been abysmal.

In 2017, the UN stated that 100 civilians were dying as a direct result of fighting in Yemen, with the majority of those being killed by coalition airstrikes. The Houthis, though lacking airpower, are little better at respecting the laws of war. One humanitarian coordinator described all parties to the war as having a “complete disregard for human life.”

Any indiscriminate fire that damages the port’s infrastructure, or causes a siege of Hodeidah city, will make things infinitely worse. Yet this operation might also be the best chance of ending a military stalemate, and bringing the war, however fruitless it may have been, to something of a close.

Dr Elisabeth Kendall, a Senior Research Fellow in Islamic Studies at the University of Oxford who has done extensive fieldwork in Yemen, told Al Bawaba:

“If this operation to retake Hodeidah from Houthi rebels can be done quickly, and without mass displacement and loss of life, then it would be a positive step. Why? Because it would break a long military stalemate, remove a major source of income (and allegedly weapons) from the Houthis, and ultimately increase the humanitarian assistance entering the port.

But there are several risks associated with the Hodeidah operation. It may not be as quick and easy as the coalition envisages. This could result in the already dire humanitarian situation for civilians deteriorating even further in the short term. Meanwhile, tens of thousands of civilians are being displaced, resulting not just in immediate suffering and loss of livelihood, but also in the creation of an uprooted and traumatized generation of children who are no longer in education and have limited future prospects.”

Even if the operation to retake Hodeidah succeeds, peace will still be distant. Long before this was an international war, the Yemeni conflict was a tangle of resource pressures, sectarian and ethnic divisions, and resistance movements fighting a corrupt dictator.

The coalition saw the hand of Iran in the conflict and explosively raised the stakes, although to what extent Iran was ever truly involved with the Houthis is a matter of debate. But even if the coalition leave, the problems that preceded them will be there long after.