The Fallout Over Jerusalem Will Accelerate Tensions in the Middle East

Yesterday, Donald Trump effectively ended the fifty year charade of a Peace Process by declaring “it is time to officially recognize Jerusalem as the capital of Israel.”

Although its embassies are in Tel Aviv, Israel already has de facto administrative control over Jerusalem. In a city where the land has a symbolic meaning, this physical control over the city never really felt like enough for Netanyahu and his followers. And so in 1995 the American Congress passed a law requiring America to move its embassy from Tel Aviv to Jerusalem. Understanding how such a move would affect the Peace Process and the status of the Holy Land, consecutive US Presidents used a presidential waiver to bypass the embassy move. Until now.

Some things will not change. Jerusalem will still be divided into East and West. The Palestinian East fell under Jordanian rule after the loss of the city in the 1948 Arab-Israeli War.

East Jerusalem envelops the Old City, an ancient network of beautiful stone corridors and markets that contain many of the holiest sites of Judaism, Christianity, and Islam. This includes the Temple Mount, the Western Wall, Al-Aqsa Mosque, Dome of the Rock and the Church of the Holy Sepulchre. These structures give the city a palpable presence that is not easily forgotten: a sense of layered civilizations that belong neither to Israel or Palestine, but to the three Abrahamic religions and the world at large.

Since 1924, the Hashemite Monarchy of Jordan has acted as custodian of the Holy City. This role has included the restoration of the Dome of the Rock in 1953, the restoration of Islamic shrines within Al Haram Al Sharif and the rebuilding of Al-Aqsa Mosque in 1969, after it was set on fire. Since the founding of transjordan, this custodianship also applied to Christian Holy Sites. In 1949 King Abdullah I personally helped put out a fire that nearly destroyed the Church of the Holy Sepulchre. In April 2016 the current King of Jordan, King Abdullah II, donated to the restoration of Christ’s Holy Tomb in the Church of the Holy Sepulchre.

Informal networks and delicate relationships such as this, have structured life in Jerusalem for centuries. By elevating one claim to the City of Jerusalem, the Zionist claim, above all others, a property developer from New York has trampled the delicate fabric of Jerusalem underfoot. As a secular power the United States has no more authority to elevate Zionism in Jerusalem, than it does to elevate Christianity.

In fact, Jerusalem is one of the very few places in the region where the status quo was desirable. This is why the Pope made a “a heartfelt appeal to ensure that everyone is committed to respecting the status quo of the city.” He added, “I pray to the Lord that such identity be preserved and strengthened for the benefit of the Holy Land, the Middle East and the entire world, and that wisdom and prudence prevail, to avoid adding new elements of tension in a world already shaken and scarred by many cruel conflicts.” 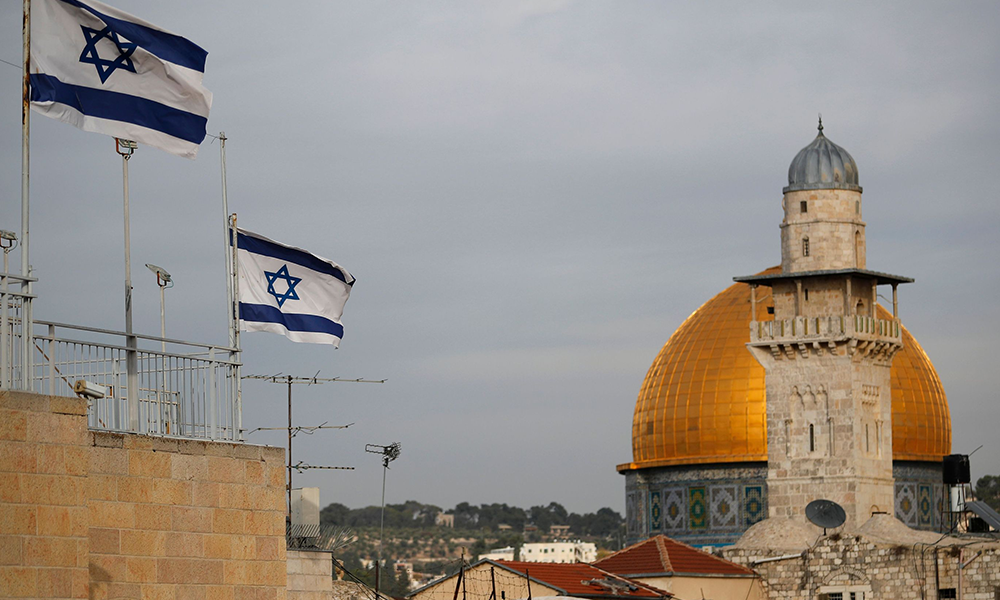 Israeli flags fly near the Dome of the Rock in the Al-Aqsa mosque compound on Dec. 5, 2017. (Photo: THOMAS COEX, AFP/Getty Images)

The leader of the Roman Catholic Church is alluding to fear that by declaring Jerusalem the capital of Israel the President of the United States has not only destroyed any hope for the Peace Process; he may have fanned the flames of a increasing global tensions between the religions. This does not simply apply to the much reported tensions that will arise between Muslims and Jews. Many Roman Catholic, Orthodox and Protestant denominations within Christianity will be uncomfortable with the declaration, as well as with the outsized influence of the American Evangelical Right on this specific issue.

Beyond America, fault-lines over Jerusalem will in turn color attitudes towards Israel itself, in ways that could be deeply negative, both within the West and the Middle East. The hubris of declaring Jerusalem the capital of Israel will incubate a strain of anti-semitism that is targeted not simply at the Jewish people generally, but at the State of Israel itself.

Over the coming days, the media will cover the protests. Commentators will focus in on the optics and tone of the “Days of Rage,” as well as any violence that arises. As the U.S. right and left battle for control of the narrative, many will shrug their shoulders and believe this is business as usual in the Middle East.

For others, a threshold has been crossed. As Donald Trump protects himself from diplomatic isolation through an ever closer relationship with Israel, Europe and even the United Kingdom will begin to draw themselves ever so subtly away. Diplomats from China to Europe may begin to say out in the open what everyone has known for a decade: that the United States has never been a fair or impartial partner in the peace negotiations between Israel and Palestine.

More broadly, there is a sense that not even a superpower as significant as America can sustain so many blows to its reputation in the region, and remain unchallenged. Afghanistan, Iraq and Libya are in crisis. Syria is beginning to recover from a civil war that has created tremors in Europe and beyond. It is during all of this, that Donald Trump decides to name Jerusalem as the capital of Israel. 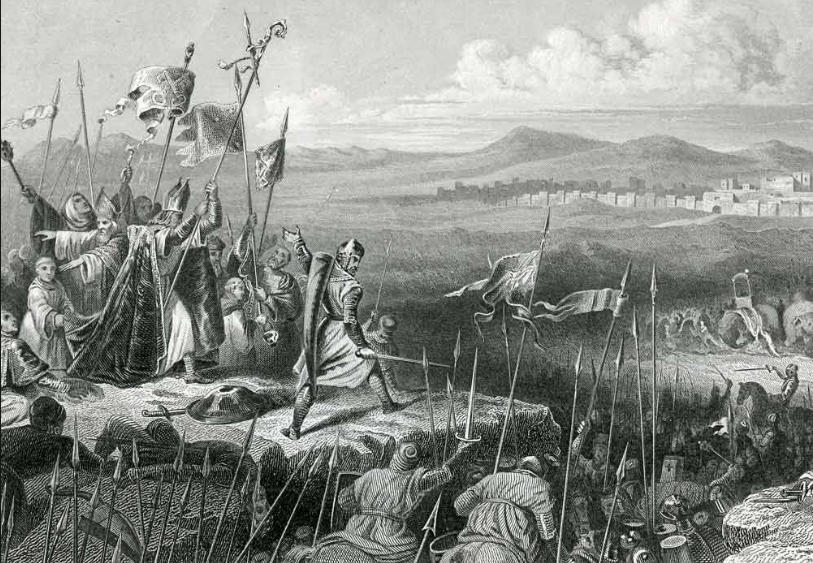 In 1099, Jerusalem fell to the Knights of the First Crusade. The Papacy would spend the next two centuries trying to retain it. From Pharaoh to Solomon, from Philistine to Assyrian, from Nebuchadnezzar to Alexander the Great, from the Roman Empire, to the Byzantine, to the Ottoman to the British, power has always sought to claim Jerusalem as its own. The city has outlasted everything.