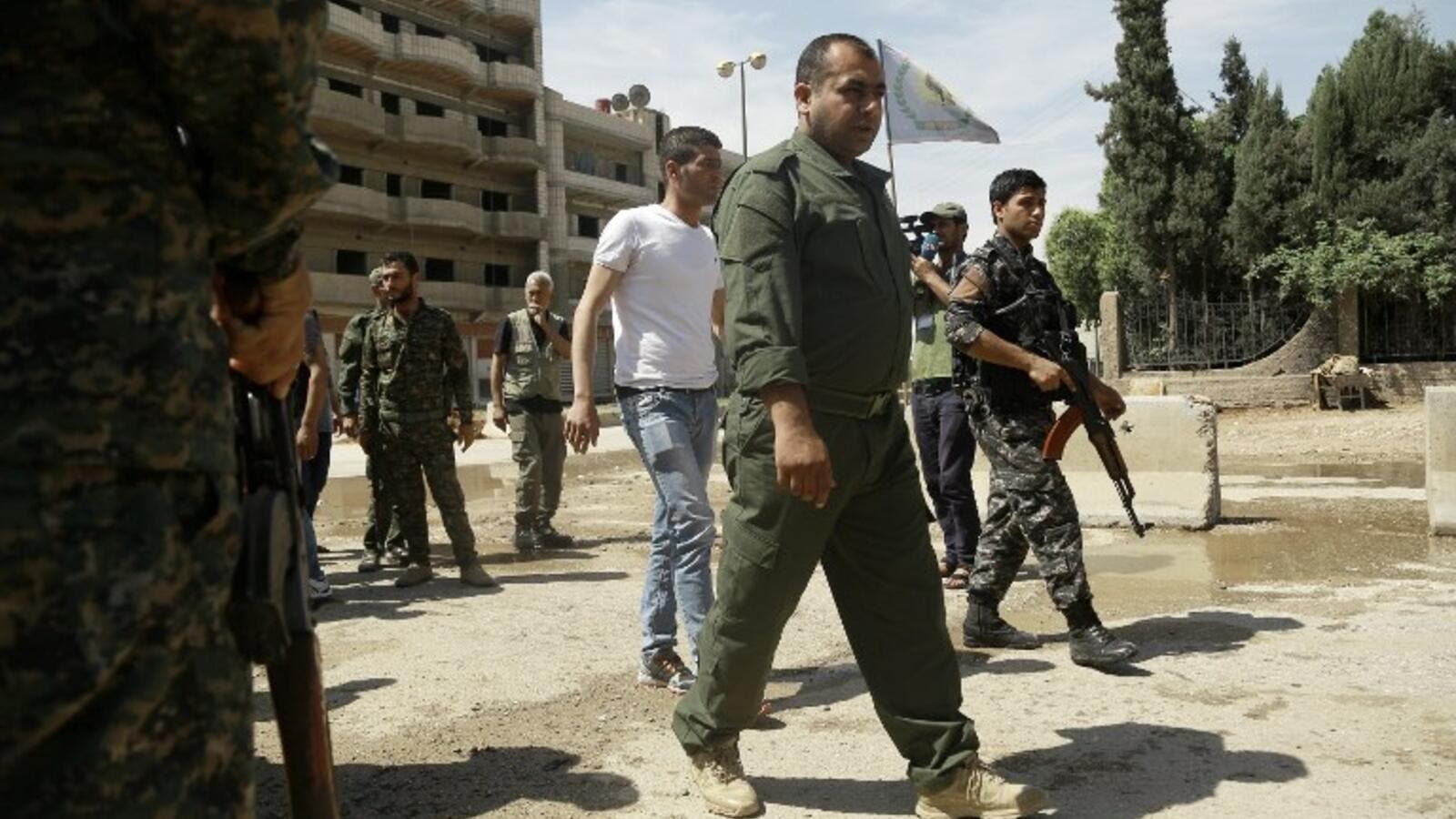 This file photo taken on April 30, 2016 shows Jowan Ibrahim (C), the commander of the Kurdish police (aka Asayish) arriving at a checkpoint where a suicide bomber killed five Kurdish policemen in Syria's divided northeastern city of Qamishli. (AFP/Delil Souleiman)

The town, located near the Turkish border, 60 kilometers (37 miles) from the city of Jarabulus, was taken during a joint operation by opposition forces including the Sultan Murat Brigade, the Damascus Front, the al-Mutassim Brigade and the Faylaq al-Sham, the sources said on condition of anonymity due to security concerns.

Two Daesh militants were taken prisoner, while many others were killed, they said, adding opposition forces had also destroyed three bomb-laden vehicles near the town.

Opposition groups had taken control of Cobanbey back in April. However, they had to pull out after Daesh carried out a series of car bomb attacks.