16 Years After the PATRIOT Act Americans Have Even Less Rights, Says CIA Whistleblower

On this day, 16 years ago, the PATRIOT Act became effective as law.

Written hastily in the days and weeks after 9/11, the law greatly expanded the ability of the National Security Administration (NSA) to conduct widespread surveillance domestically.

Sold as a method to bolster U.S. national security to prevent further terror attacks, the act was flagged as massively dangerous to U.S. citizens and inhabitants’ civil and political rights. 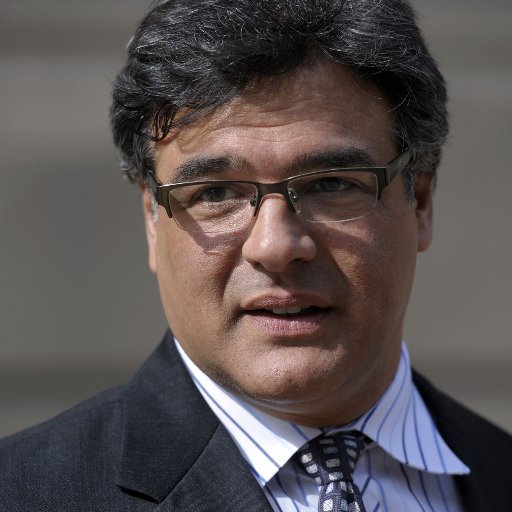 To evaluate where the U.S. stands with protecting the rights of its inhabitants, Al Bawaba spoke with CIA whistleblower John Kiriakou who was the first to reveal to the public the CIA’s use of torture to extract information from suspected terrorists. Kiriakou, upon revealing that the CIA used tactics such as waterboarding, was investigated and eventually convicted of leaking information to the press, and was sentenced to serve 30 months in jail from 2013 to 2015.

Shortly before his imprisonment, Kiriakou wrote a book about his revelations, entitled The Reluctant Spy. Just after his release, he was awarded the 2016 Sam Adams Award, which is given to intelligence professionals or journalists who present pressing or crucial information to the public no matter the consequences.

In remembering the treatment of whistleblowers by Former President Barack Obama, Kiriakou is critical. The Espionage Act of 1917 was designed to prevent support to enemies during wartime, and was only used three times to prosecute individuals before 2009. But during his tenure, Obama sought the prosecution of eight individuals under the law for disclosing information to the press. Kiriakou states bluntly that this “is something that history will frown on,” when observing Obama’s legacy.

And as for current President Donald Trump, Kiriakou thinks aloud that “if Donald Trump [was] an organized, serious person… he would be at least as dangerous as Barack Obama,” when it comes to prosecuting leakers and whistleblowers for shedding light on potentially abusive government programs or policies. “But I think Trump is not very bright.”

When asked where the trend of political rights protections are going towards 16 years into the PATRIOT Act’s expansion of surveillance power, Kiriakou is not optimistic:

And though a law designed to limit the NSA’s bulk collection of data was passed in 2015, entitled the Freedom Act, it only targets the collection of Americans’ phone data, and not the myriad means of information gathering the NSA has developed.

Trump has also talked openly of returning to the policy of torturing suspected terrorists through waterboarding--the exact thing Kiriakou revealed and was eventually found by both the CIA and the Senate Intelligence Committee to be essentially useless in learning valuable, actionable information. In an interview with ABC News, Trump said in that the U.S. must “fight fire with fire” and waterboard suspects and even do “a hell of a lot worse,” because he feels that it “absolutely” works.

On spying, Kiriakou wants more people to be aware of exactly their legal right not to be caught in the wide net of surveillance that the NSA and other agencies cast over the American people.

“It is illegal for NSA to spy on Americans. And not only is it illegal, but it’s a part of the NSA’s charter that it is not allowed to spy on Americans.” But since the PATRIOT Act became effective, the “NSA spies on all Americans.” Like many, Kiriakou suspects the Act and the NSA’s actions violate the The National Security Act of 1947, which puts a prohibition on collecting data on U.S. persons--citizens and residents.

Since 2015, the NSA has been storing massive amounts of data in a newly built, massive facility in the middle of the Utah desert. Though its exact activities are classified, it is reported that the facility is being used to store its surveillance data it collects. According to Kiriakou, the clandestine desert facility has “enough storage capacity to hold every text message, every email and every phone call of every American for the next 500 years.”