Saudi Arabia is Playing Political Hardball, But Jordan Stands in the Way 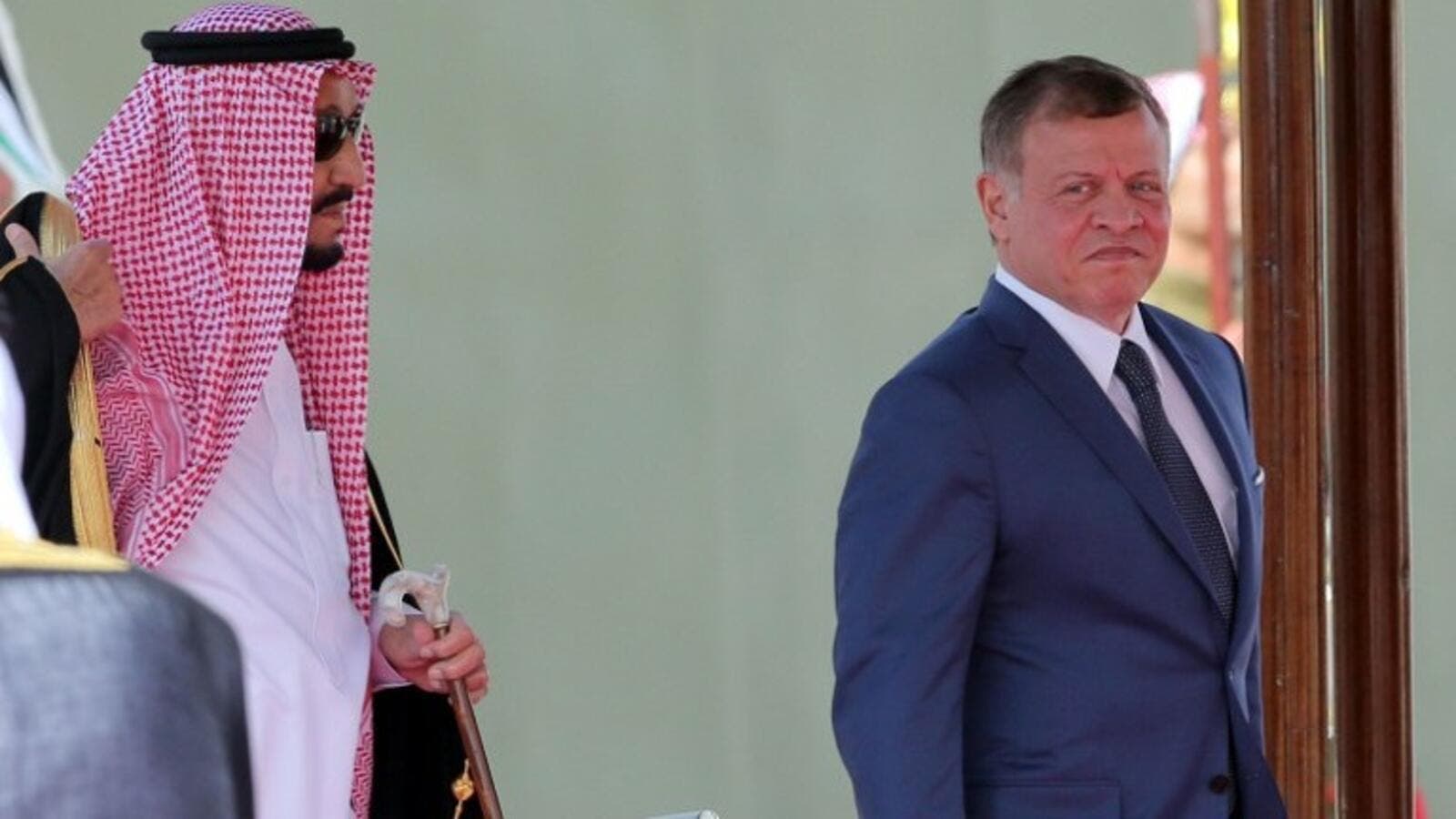 Saudi Arabia’s image as the seat of uncompromising Islamic values is about to change. Its bold new power broker, the 32-year-old crown prince Mohammed Bin Salman has a bold new vision for the kingdom, one involving extensive privatization, technological development, a moderation of the ultra-conservative Wahhabi Islam that dictates Saudi religious life, and a Sunni power balance dominating Shia influences.

In this vision, there is no room for alienating one of the kingdom’s most important backers; Donald Trump’s America. And as a result, one of the most important questions in Islam, the status of Palestine, appears to be taking second place to Saudi Arabia’s relationship with America.

Indeed, the kingdom is now trying to drum up support for an American-led peace process between Israel and Palestine. This is despite the horror expressed across the Arab world when Trump announced that he was recognizing Jerusalem as the exclusive capital of Israel. Saudi Arabia’s support for a Trump-administration-led peace process is, for now, two-faced.

Like other Muslim-majority nations Saudi Arabia publicly condemned the Jerusalem decision when it was announced. In private however, they are not only supporting Trump’s peace plan, but are pushing a very hard line to try and make other Arab leaders do the same.

A number of Egyptian members of parliament criticized Ziedan for his mockery and questioning of the existence of the Aqsa mosque. (AFP)

Details of the peace plan are currently unconfirmed, but Reuters reported that Jerusalem would remain the Israeli capital, while Palestine would be given a degree of self-governance inside disconnected patches of the West Bank, though with Jewish settlements remaining, and with no right of return for refugees displaced by earlier wars. In essence, it would not be overly different from the current situation in the Occupied Territories.

Supporting the inflammatory American administration and a plan that will so evidently be unacceptable to Palestine is not a risk-free move for Saudi Arabia. Their solidarity with the broader Islamic world will be scrutinized to say the least.

They have already tried to persuade Palestinian President Abbas to remain open to the American peace plan, but pushing Abbas to accept a poor deal for Palestine risks undermining Fatah’s authority and empowering Hamas. So what is it that Saudi Arabia sees as being worth these gambles? And does this mean that the kingdom is now a de-facto ally of Israel?

Grace Wermenbol, a researcher on the Israeli-Palestinian conflict at the University of Oxford, told Al Bawaba:

“There appears to be an increased willingness of officials in both Israel and the Gulf Cooperation Council (GCC) to explore their common interests rather than to formally establish diplomatic relations. Integral to this rapprochement is the belief that Iran’s ever-expanding arc of influence is a regional threat and, relatedly, an increasing wariness concerning the tripartite relationship between Iran, Hezbollah, and Hamas.”

This is not to say that an alliance between Israel and Saudi Arabia will be overtly expressed. However, there is reason to believe that the GCC has not ruled out a closer relationship.

“In this context, it is telling that three days after Trump announced his decision to move the U.S. embassy, a 24-member Bahraini interfaith delegation arrived in Israel to discuss the normalization of ties between Bahrain and Israel. Bahrain, in the past, has served as the first GCC state to take action on behalf of the council; in 1994, the late Yossi Sarid, as Minister for Environment in the government of Yitzhak Rabin, was the first Israeli official to visit Bahrain; and it was Bahrain that was first to sever economic and diplomatic ties with Qatar before other Arab states followed suit.”

Jordan's King Abdullah II (L) listens while US President Donald Trump makes a statement for the press before a meeting at the Palace Hotel during the 72nd United Nations General Assembly on September 20, 2017 in New York.  (AFP/File)

This leaves the U.S.’s former ally Jordan in a very strange position. Saudi Arabia is now working more closely with Israel than it is with its fellow Arab monarchy. The broader GCC community may follow. And the U.S., which once favored Jordan as its most reliable partner, has now been wooed by Mohammed Bin Salman to the extent that they seem prepared to treat him as that which he wishes to be, a unilateral leader of the Middle East.

This change of partners is down to Trump. He is far less concerned than his predecessor about Saudi Arabia’s authoritarian politics and human rights record, and far more concerned about a potential security threat from Iran. This is a concern the Saudis share. Thus the hawkishness towards Iran in Trump’s cabinet makes the American President the ideal man to do business with as far as Riyadh is concerned, since it will allow them to take a more aggressive stance.

Saudi Arabia’s pro-American stance and hostility towards Iran does not necessarily put them at odds with Jordan. It was King Abdullah who first coined the phrase “Shia crescent” as a warning to the West. Yet the two kingdoms have never had entirely smooth relations, and they have taken a significant turn for the worse in the past few years.

While Jordan has played a limited role supporting the Saudi-led coalition fighting Houthi rebels in Yemen, (mostly providing air support), it has so far refused to send ground troops. More significantly, Jordan reluctantly participated in the blockade of Qatar spearheaded by Saudi Arabia, but kept its hostility to Doha as light as it could, downgrading its relations, but not expelling Qatari citizens.

It seems that Jordan’s compromising support for Saudi and GCC positions wasn’t good enough. There may be further reasons for the downturn in their relations, but by early 2017 it was evident that something was severely amiss.

A five-year aid package from GCC states to Jordan, worth some $3.6 billion, ended in January 2017, but no further assistance was offered, despite the massive strains that the vast numbers of refugees in Jordan were placing on its economy.

Desperate for money, Jordan sought to persuade the GCC to boost their support by multiple means. These ranged from pitches for GCC investment at the Arab League Summit, to an embarrassing incident where a senior Jordanian Islamist cleric appeared on state television, both begging the Gulf States for help and chastising them for failing to share their wealth.

But the latest twist in Saudi-Jordanian relations is the most serious yet. It seems Saudi Arabia is pulling no punches trying to shore up support for the American peace plan. It has so far excluded Jordan from any discussions of the new peace proposals, despite the tremendous ramifications that any arrangement will present Palestine’s neighbor.

One Jordanian MP has accused Saudi Arabia of trying to “strangle” their economy to force Jordan’s backing of Saudi regional leadership and Trump’s peace accord. Jordan is now caught between a rock and a hard place. It cannot afford to jeopardize any sources of aid given its economic crisis, Saudi Arabia and America inclusive.

Protests have rocked Amman since taxes on basic foodstuffs were raised to try and plug their national debt. And Jordan’s push to allow Syrian refugees working rights has further angered Jordanians already struggling with poverty. This has pushed Jordan to make promises of job creation that it is highly unlikely to be able to fulfil.

Yet nor can King Abdullah risk acquiescing to Saudi and American demands when it comes to Palestine. Half of the Jordanian population has Palestinian ancestry, and there are huge numbers of more recently-arrived Palestinian refugees living in its borders. Abdullah’s Hashemite dynasty has a custodial duty over Christian and Muslim holy sites in Jerusalem.

The ideological sensitivity of Palestine’s status in Jordan cannot be overstated. Any push to force Amman to back a plan detrimental to Palestinian interests will have extremely dangerous consequences, not only for Jordan, but for the allies that it is trying to retain, including Saudi Arabia, Israel and the United States.