Minneapolis descended into chaos as protests erupted and looting broke out on Sunday night after police in a city suburb killed a black man after a routine traffic stop went wrong.

The incident occurred just 10 miles from where George Floyd lost his life last May and where the trial into his killing moves into its third week on Monday. 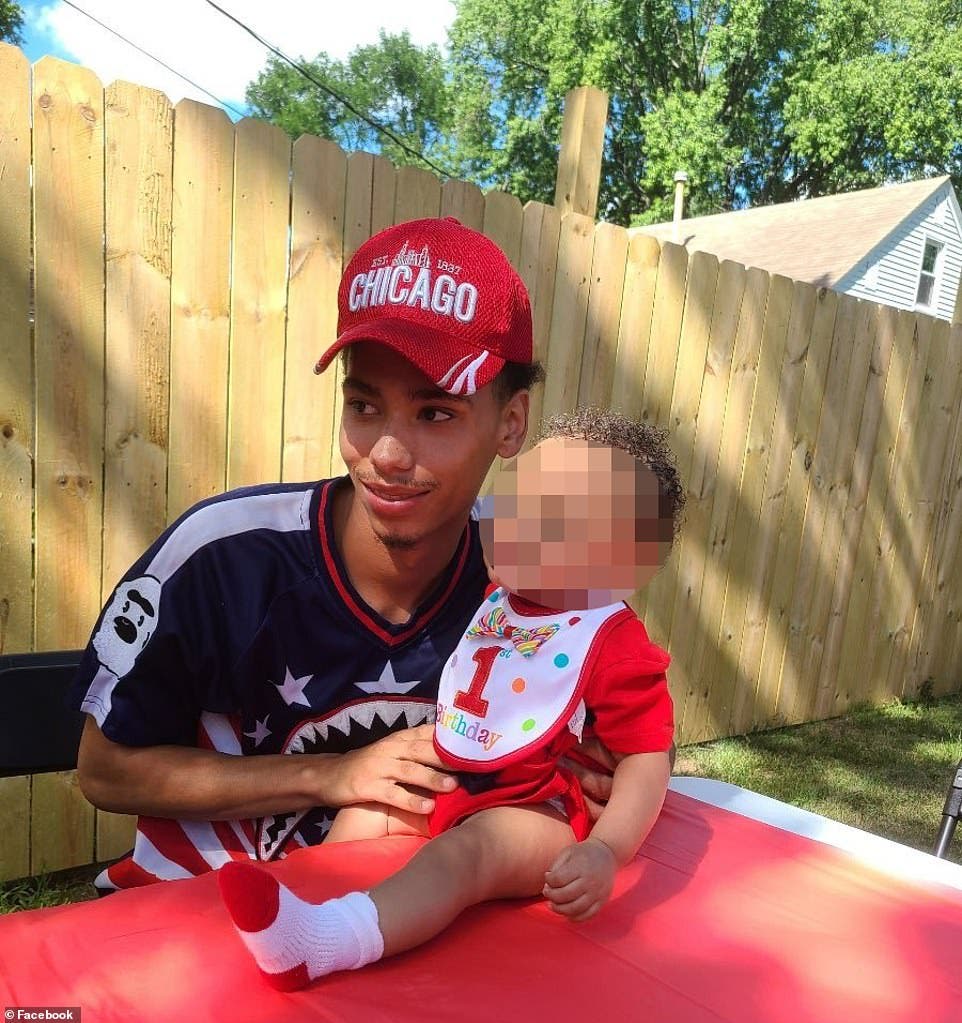 Earlier on Sunday, police say they tried to arrest Wright who had been driving, pulled and identified as wanted by law enforcement.

Wright got back into the car and drove off. An officer fired at the vehicle, striking Wright. Police said the vehicle traveled several blocks before striking another car.

About 100 people, some visibly upset and one carrying a sign demanding 'Justice for George Floyd,' confronted police in riot gear after the officer shot a man in his car in the suburb of Brooklyn Center.

Some vandalized two police vehicles, pelting them with stones and jumping on them.

As the evening wore on, protestors took to the streets while looting broke out in other parts of the city as tensions boiled over in scenes all-too-familiar from last summer's protest and subsequent riots.

Police fired rubber bullets, hitting at least two in the crowd, with at least one man left bleeding from the head.

After nightfall, a few hundred protesters had gathered outside the suburban police department, guarded by hundreds of officers in riot gear. Police set off flash bangs and sprayed chemical irritants at the crowd.

The dead man was identified by relatives at the scene as 20-year-old Daunte Wright.

In a statement, Brooklyn Center police said officers pulled over a man for a traffic violation just before 2pm and found he had an outstanding arrest warrant.

As police tried to arrest him, he re-entered the vehicle. One officer shot the driver, they said.  The driver drove several blocks before striking another vehicle to die at the scene.

A female passenger sustained non-life threatening injuries during the crash.

Katie Wright, Daunte's mother, tearfully pleaded for more information regarding the incident and for her son's body to be moved from the street.

A woman who lives near the crash scene, Carolyn Hanson, said she saw law enforcement officers pull a man out of a vehicle and perform CPR. A passenger who got out of the car was also covered in blood, Hanson said.

Police say both officers' body cameras were activated during the incident.

A police officer was also transported to the hospital after sustaining injuries, according to EMS audio.

By Sunday evening, about 100 people had gathered near the scene but they were later dispersed.

daunte wright was murdered by police officers tonight. yet another black man gone due to the corrupt and racist police system. please take the time to educate yourself on black issues, donate to black people check on your black friends and mutuals. #DaunteWright

'We are asking the protesters to continue to be peaceful and that peaceful protesters are not dealt with with force,' he said in a statement.

Late on Sunday night, Brooklyn Center police fired gas into a crowd of protesters who had gathered outside the police station.

The incident happened with Minneapolis already on edge and midway through the trial of the first of four police officers in George Floyd´s death.

Derek Chauvin, a white former Minneapolis police officer was captured on video kneeling for nine minutes on the neck of Floyd, a 46-year-old handcuffed black man last May. The trial enters its third week of testimony on Monday.

Brooklyn Center is a city with a population of about 30,000 people located on the northwest border of Minneapolis.