Over 6,000 Treated for Illnesses Caused by Lebanon's Trash Crisis 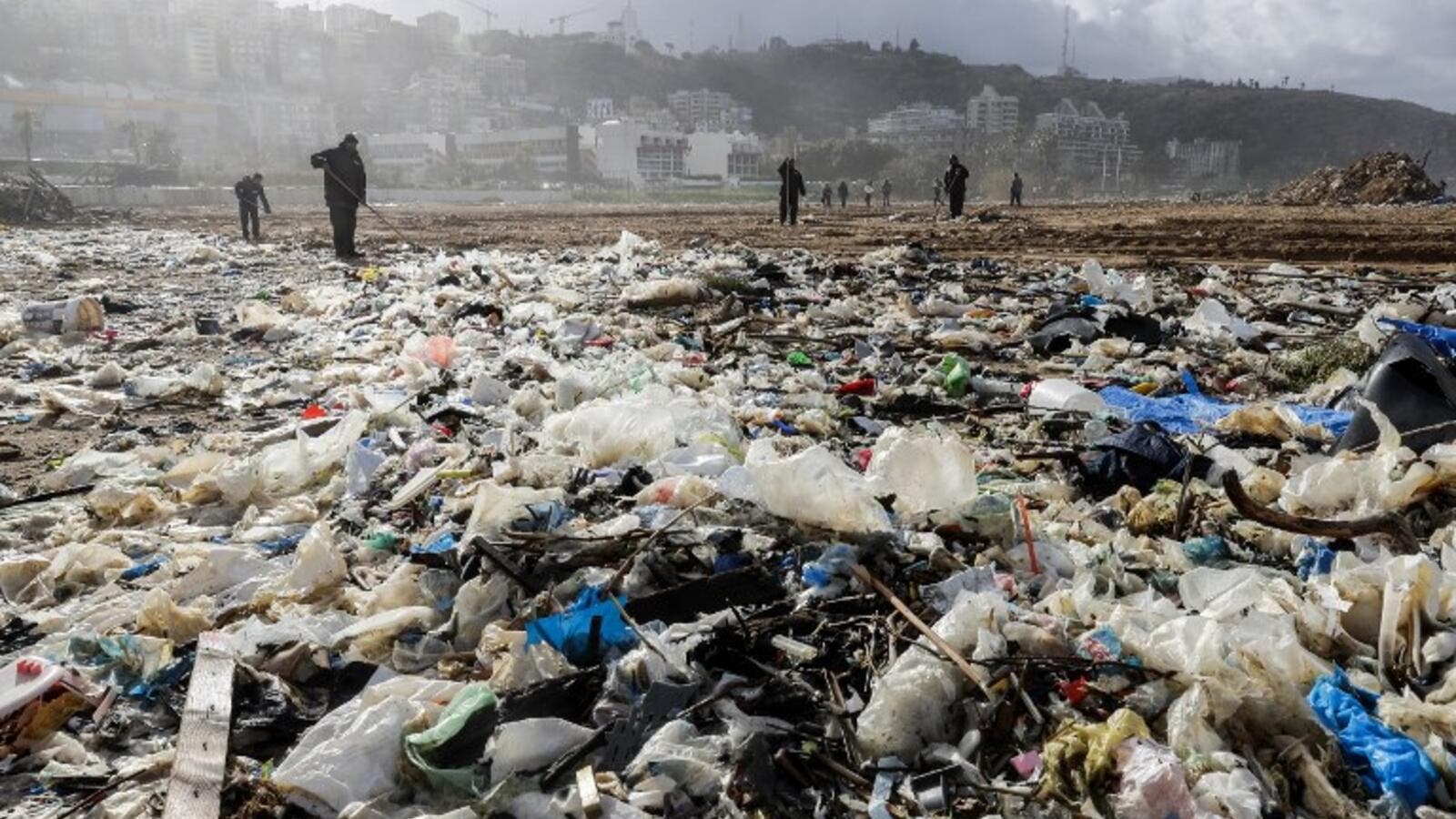 Workers clean the beach of the coastal town of Zouk Mosbeh, north of Beirut, on Jan. 23, 2018 as garbage washed and piled along the shore after stormy weather (JOSEPH EID / AFP)

Some “110 percent of [gastrointestinal] cancers are caused by drinking polluted water, inhaling CO2 emissions is one of the leading causes of cancers and heart problems in Lebanon,” Hasbani said. “According to statistics from the Health Ministry, over 6,000 patients are receiving such cancer treatments.”

The minister was speaking during a joint news conference with Human Rights Watch. Hasbani repeated that the most common cancers affecting the public – including lung and colon cancer – were likely caused by the government’s catastrophic mismanagement of waste.

“We are raising our voices and ringing the alarm to find solutions to this trash crisis. It is a national priority to ensure treatment for those affected by the several years of government failure to provide a safe environment,” he stated.

HRW released a damning study early December exposing health effects incurred by illegal dumping sites, but they could not independently verify the exact figure of individuals affected directly by the crisis.

According to HRW’s Lebanon and Kuwait Researcher Bassam Khawaja, assessing the extent of the damage is difficult due to the scarcity of data.

“There is no rigorous monitoring of the health and environmental consequences of the waste crisis, be it on people’s water, food, or the air we breathe. The government has a legal obligation to monitor the risks to residents’ health and publicize that information.”

Entitled “As If You Are Inhaling Your Death: The Health Risks of Burning Waste in Lebanon,” the widely publicized study was ignored by Environment Minister Tarek Khatib. Instead, Khatib denied that waste management was still an issue.

“We are not experiencing a trash crisis,” Khatib said in an interview with OTV in the days following the publication of HRW’s report.

“We should not alarm the people and confront them with a problem that does not exist,” he added.

However, the study reported that over 150 illegal dumps were burned weekly on average. It also highlighted the experiences of 50 residents living close to such sites who testified about their chronic health issues and contaminated air.

“It starts with the smell, and then this white smoke begins rising and it encircles our building,” Sin al-Fil resident Leila told HRW.

“We can’t turn on the air conditioning. We can’t sleep. We stay awake all night until the morning and we feel like we are suffocating.”

“Today the minister called for an end to the dangerous open burning of waste and for the adoption of a long-term plan that protects people’s health and environment,” Khawaja said.

“It’s fantastic to see the ministry taking this issue so seriously, but we urgently need a solution. Cabinet should adopt a strategy that complies with its international obligations, and put an end to the ongoing burning of waste at more than 150 dumps across the country.”

At the conclusion of Monday’s conference, Hasbani urged Cabinet to quickly come up with an “eco-friendly” waste management plan declaring the crisis had a solution.