Over Dozen Palestinians Arrested in The Occupied West Bank

Published April 7th, 2022 - 09:39 GMT
A Palestinian man watches as Israeli security forces close and control breaches in the barrier fence which have been used daily by thousands of Palestinian workers to illegaly enter Israeli areas for work, near the Mitar checkpoint and the village of al-Dahriya, south of Hebron in the occupied West Bank, early on April 3, 2022. (Photo by HAZEM BADER / AFP)
Highlights
Israeli forces arrest over dozen Palestinians in occupied West Bank

Israeli forces have arrested at least 13 Palestinians during overnight raids across the occupied West Bank. 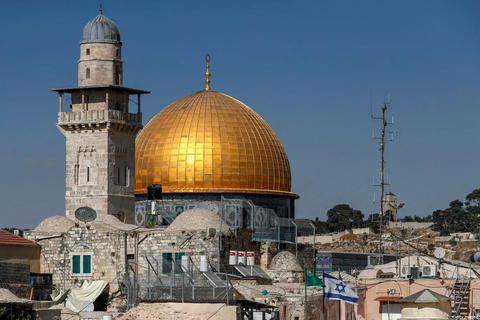 Palestine's official Wafa news agency, citing security and local sources, reported on Thursday that Israeli forces had rounded up the Palestinians mainly in Ramallah and nearby towns, including al-Bireh, overnight on Wednesday.

They also detained a Palestinian in Nablus City and some others in the Jalazone refugee camp north of Ramallah and in the al-Am'ari refugee camp, south of al-Bireh City, where another Palestinian was arrested.

Israeli occupation troops killed 355 Palestinians and wounded more than 16,500 others during 2021, according to the Palestinian Ministry of Health in the occupied West Bank pic.twitter.com/3bvookVKYu

Israeli forces also searched and vandalized the family house of several of the Palestinians before detaining them.

According to Wafa, the raids, which occur mostly in areas under the full control of the Palestinian Authority, are conducted arbitrarily and with no search warrant.

The raids came days after two Palestinian gunmen killed two Israeli forces and wounded four others in a shooting attack in the northern Israeli city of Hadera before being shot dead.

In a report on Monday, the Palestinian Prisoners Society (PPS) said 19,000 Palestinian minors, including children younger than 10 years of age, had been arrested since the outbreak of the Second Intifada in September 2000.