Pakistan Denies Availing Airspace for US to Attack Afghanistan

Pakistan refused a report on a formal deal for the use of its airspace by the United States to make military strikes in Afghanistan, saying there is "no such understanding" between the two countries. 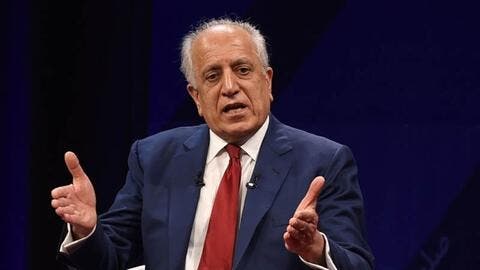 Why Did The US Afghan Envoy Khalilzad Suddenly Quit?

The denial by Pakistan's Foreign Office on Saturday came a day after CNN said the US was "nearing" a formalized agreement with Pakistan to use its airspace for conducting military and intelligence operations against Afghanistan.

“Pakistan has expressed a desire to sign a Memorandum of Understanding (MOU) in exchange for assistance with its own counterterrorism efforts and help in managing the relationship with India,” CNN reported.

Far from imposing sanctions on Pakistan for engineering the US defeat in Afghanistan, Team Biden is seeking to cut a deal with Pakistan, which in return wants US help "with its own counterterrorism efforts and help in managing the relationship with India." https://t.co/L9xChTyYSw

"But, the negotiations are ongoing, another source said, and the terms of the agreement, which has not been finalized, could still change,” the broadcaster cited sources familiar with the details of a classified briefing to the US Congress as saying.

"No such understanding was in place," the daily Dawn on Saturday quoted an unnamed Pakistani Foreign Office spokesperson as saying.

The spokesperson, however, stressed that Pakistan and the US had "longstanding cooperation" on issues of regional security and counter-terrorism and "the two sides remain engaged in regular consultations".

The alleged request came in the wake of the US withdrawal from Afghanistan and its request for deployment of troops in neighboring countries such as Uzbekistan rejected.

CNN claimed that the alleged deal was discussed between the two sides when US officials recently visited Pakistan, but it was not yet clear what Pakistan wanted or how much the US would be willing to give in return.

"The US military currently uses Pakistan's airspace to reach Afghanistan as part of ongoing intelligence-gathering efforts, but there is no formal agreement in place to ensure continued access to a critical piece of airspace necessary for the US to reach Afghanistan," CNN said.

“The air corridor through Pakistan to Afghanistan may become even more critical if and when the US resumes flights into Kabul to fly out American citizens and others who remain in the country,” it added.

The airspace agreement is construed as a US ploy to prolong its invasion of Afghanistan with a much lower cost despite opposition from neighboring countries to host American troops for fear of angering Russia.

The sources said Central Asian countries of Tajikistan and Uzbekistan were emerging as the "top options" for possible states where the US military could conduct over-the-horizon operations in Afghanistan.

However, complications could result in the form of strong opposition by Russian President Vladimir Putin and local politicians, with one source referring to the options as "likely pipe dreams due to needing Putin's blessing."

The US currently holds over-the-horizon operations from its bases in Middle East countries such as the UAE and Qatar. American drones fly from far-off bases into Afghanistan, travelling around Iran and through the Pakistani airspace.

"The lengthy flight limits the time drones can loiter over Afghanistan gathering intelligence, and the Biden administration has been looking for closer, more effective options," the CNN report said.

Weeks before the withdrawal of US troops from Afghanistan, Biden had said that Washington would have the ability to conduct over-the-horizon operations in the country despite lack of military presence there.

US is close to finalising a deal with Pakistan for using its airspace to surveil & hunt down terror targets in Afghanistan. US will not limit the hunting to al-Qaeda and ISIS alone. It will go after certain Taliban factions, as well. Interesting. https://t.co/mMGzytXa1o

"We are developing a counterterrorism over-the-horizon capability that will allow us to keep our eyes firmly fixed on any direct threats to the United States in the region, and act quickly and decisively if needed," he said on July 8.

However, the regional states' rejection of US bases on their soil apparently forced Washington to turn to Pakistan even though the Biden administration had said it had downgraded the bilateral relationship with Islamabad.

Deputy secretary of state, Wendy Sherman, said earlier this month that her Islamabad trip was for “a very specific and narrow purpose” to talk about Afghanistan and the Taliban.

Meanwhile, Pakistani Prime Minister Imran Khan said back in June that his country would "absolutely not" give any bases to US military, stressing, "There’s no way we're going to allow any bases or any sort of action from Pakistani territory into Afghanistan."

The United States and its NATO allies invaded Afghanistan in 2001 under the pretext that the Taliban militants were harboring al-Qaeda. The invasion removed the Taliban from power but it worsened the security situation in the country.

Will The Last Afghan Jew Make Istanbul His Permanent Home?

The government of Afghanistan rapidly collapsed on August 15 and President Ashraf Ghani fled the country in the face of the lightning advances of the Taliban that followed Biden’s decision to withdraw American troops in a disastrous pullout.

The Taliban announced the formation of a caretaker government on September 7.