Palestinians voted Saturday in the first municipal elections to be held in the Israeli-occupied West Bank since 2017 despite a boycott by the militant group Hamas. 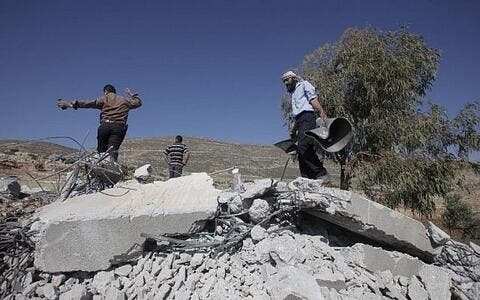 Israel Demolishes a Mosque in The Occupied West Bank

Voters in more than 150 mostly rural towns and villages in the West Bank went to the polls in the first of the election's two phases with turnout measured at 46.7%, election officials told the Palestinian news agency WAFA.

The Palestinian Central Election Commission said 189,581 out of 405,687 eligible voters had turned out as 4 p.m. Saturday, 3 hours before polls were scheduled to close.

The second phase, which will include most of the West Bank's major towns and cities, will be held in March following a controversial decision by the ruling Fatah Party to split the vote due to ongoing negotiations with rival Hamas over allowing elections in the Gaza Strip.

Hamas boycotted the vote to show its displeasure over the decision in April by Palestinian Authority President Mahmoud Abbas to postpone long-sought national parliamentary and presidential elections.

Abbas said he made the move after Israel refused to allow the Palestinians to hold elections in Jerusalem, but Hamas called the explanation a pretext by the Fatah leader to avoid a likely defeat at the polls.

Hamas, which has ruled the Gaza Strip since 2007, is designated as a terrorist group by Israel, the United States and other Western nations but it remains popular with Palestinians.

The EU 🇪🇺Heads of Mission in Jerusalem and Ramallah welcome the partial local elections held 11 December 2021 as a step towards national elections🇵🇸 https://t.co/PQAuD7NfXJ 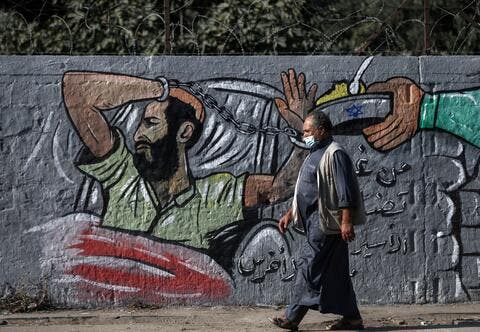 A survey conducted by the Palestinian Center for Policy and Survey Research in October found that while Fatah has retained support in rural parts of the West Bank and would likely prevail in the first phase of local elections, it may not fare as well in the broader second phase.

"The levels of dissatisfaction with the performance of President Abbas and the demand for his resignation remain very high as about three-quarters continue to make that demand," the group reported.