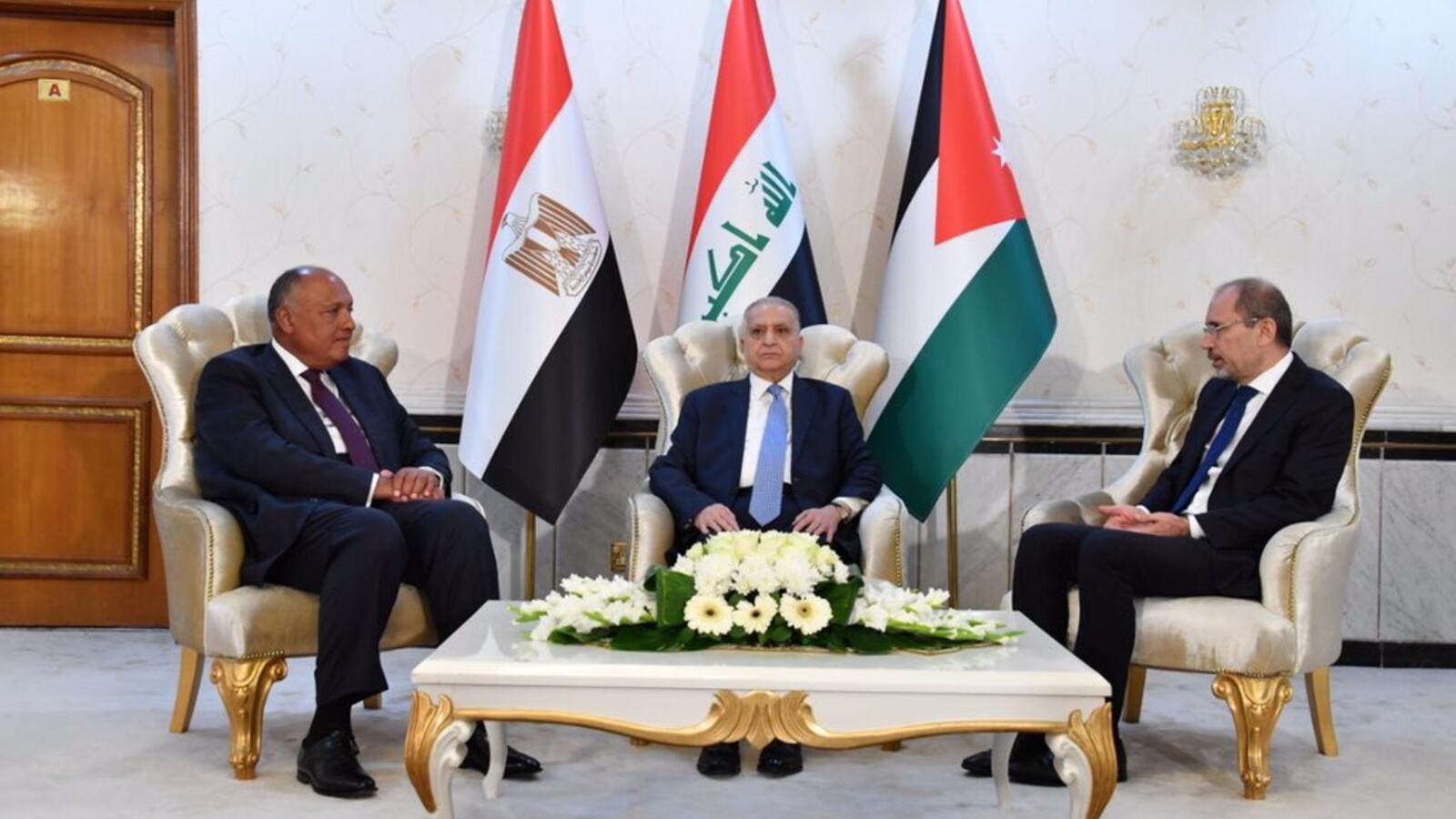 Safadi carried a message from  King Abdullah stressing the Kingdom’s keenness to move forward with expanding economic, investment and trade cooperation between the three countries, a Foreign Ministry statement said.

Also on Sunday, Iraqi Prime Minister Adel Abdul Mahdi hosted Safadi and his Egyptian and Iraqi counterparts, in a meeting during which the three foreign ministers briefed Abdul Mahdi on the outcomes of their meeting, which tackled ways of further trilateral relations and cooperation in various economic fields.

For his part, Abdul Mahdi stressed the importance of the meeting in setting a strategy to achieve the three countries’ mutual goals and fulfil the best interests of their peoples and the region.

During a joint press conference, Safadi and his Egyptian and Iraqi counterparts noted the importance of building ties on the outcomes of the trilateral summit held recently in Cairo by King Abdullah, Egyptian President Abdel Fattah Al Sisi and Iraqi Prime Minister Adel Abdul Mahdi.

At the conference, Safadi underlined Baghdad’s development and prosperity, and the “great sacrifices” that Iraqis have made in the war against terror, reiterating continued support to the country.

“We are here to translate and implement the directives of our leaders,” Safadi said, noting the importance of building relations that help the three sides benefit from the “various opportunities” that will result from their cooperation.

“We have discussed regional crises… We must work together to solve them in ways that guarantee the stability, security and peace that our peoples deserve,” Safadi underlined.

Safadi affirmed the centrality of the Palestinian cause, which cannot be resolved unless the Palestinians receive all their legitimate rights, especially to freedom and to an independent state with East Jerusalem as its capital along the June 4 1967 lines, in accordance with the international legislation and the Arab Peace Initiative.

The top diplomat and his counterparts’ agreed over the urgency to work towards de-escalating tension in the Arab Gulf through political dialogue that creates relations based on mutual respect.

“We had a positive and fruitful meeting, and we want to work closely together towards taking practical steps to serve the interests of not only our three countries, but also ones that can serve in regional security and stability,” Safadi told the press.

In a joint statement released after the meeting, Jordan, Egypt and Iraq affirmed that furthering cooperation in various fields is a top priority, which comes in implementation of the decisions taken during the trilateral summit held in Cairo on March 24.

According to the statement, meetings will be held between the three countries’ energy, industry, trade and housing ministers in Baghdad “as soon as possible”, to work on the development of joint industrial zones and to enhance cooperation in the fields of energy, infrastructure and reconstruction, as well as to increase the volume of trade exchange and investment.

Meetings will also be held for the taskforce designated to follow up on the implementation of in achieving Cairo summit’s outcomes in order to coordinate economic, political and development cooperation.

In the statement, the ministers affirmed the need for continued cooperation in countering terrorism in its various forms, highlighting support to Iraq’s efforts to eliminate Daesh remnants and create a safe and stable environment that would allow the safe return of displaced people.

The ministers also agreed to organise workshops to bring together businesspeople and investors from the three countries.

During their meeting, the ministers stressed the importance of activating joint Arab action to end the Syrian crisis and achieve a political solution that is accepted by Syrians, and ensure the country’s unity and regional safety.

Safadi, his counterparts agreed to regularly hold meetings, the statement said, noting that the next one would take place in Amman.