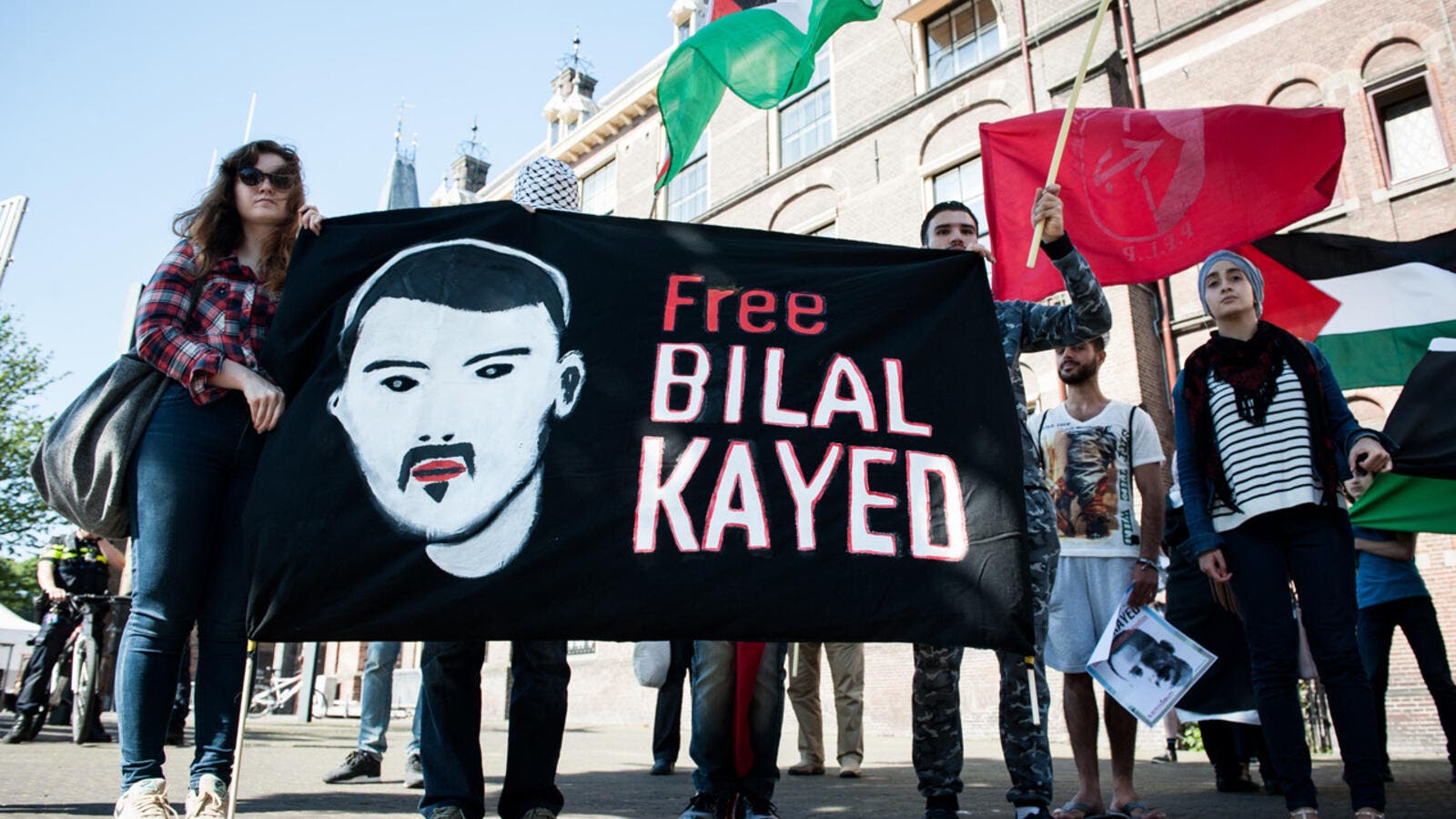 Protesters in The Hague, The Netherlands. 24th June, 2016. (Courtesy photo)

Palestinian prisoner Bilal Kayid on Wednesday entered the 50th day of a hunger strike he is waging to protest his ongoing detention by Israel without charge.

Kayid this week vowed to escalate his protest, which he began in mid-June following his referral by the Israeli authorities to "administrative detention" immediately after the expiry of a 14-year prison sentence.

Kayid was originally in prison for being part of Popular Front for the Liberation of Palestine (PFLP) and involved in Palestinian resistance in the second Intifada.

Israel’s policy of administrative detention allows it to imprison suspects without trial or charge for renewable periods of up to three months.

Kayid is also refusing to undergo any medical examinations at the Israeli health facility at which he is now being held.

A team from the Palestinian Health Ministry who saw Kayid on Tuesday warned that his health was rapidly deteriorating.

In a statement, the ministry said that the prisoner had lost 33 kilograms since beginning his hunger-strike and was suffering problems related to his heart, lungs and sight.

Kayid, the ministry added, had been handcuffed to his bed and was being drip-fed a salt-water solution and vitamins.

Since mid-July, at least 100 Palestinians in prisons throughout Israel have likewise declared hunger-strikes to express solidarity with Kayed, according to Palestinian prisoner rights group Addameer.

Last Wednesday, a military appeals court ruled to keep Kayid in custody despite an acknowledgment that the circumstances of his detention had caused him psychological distress, according to the Palestinian Human Rights Organizations Council.