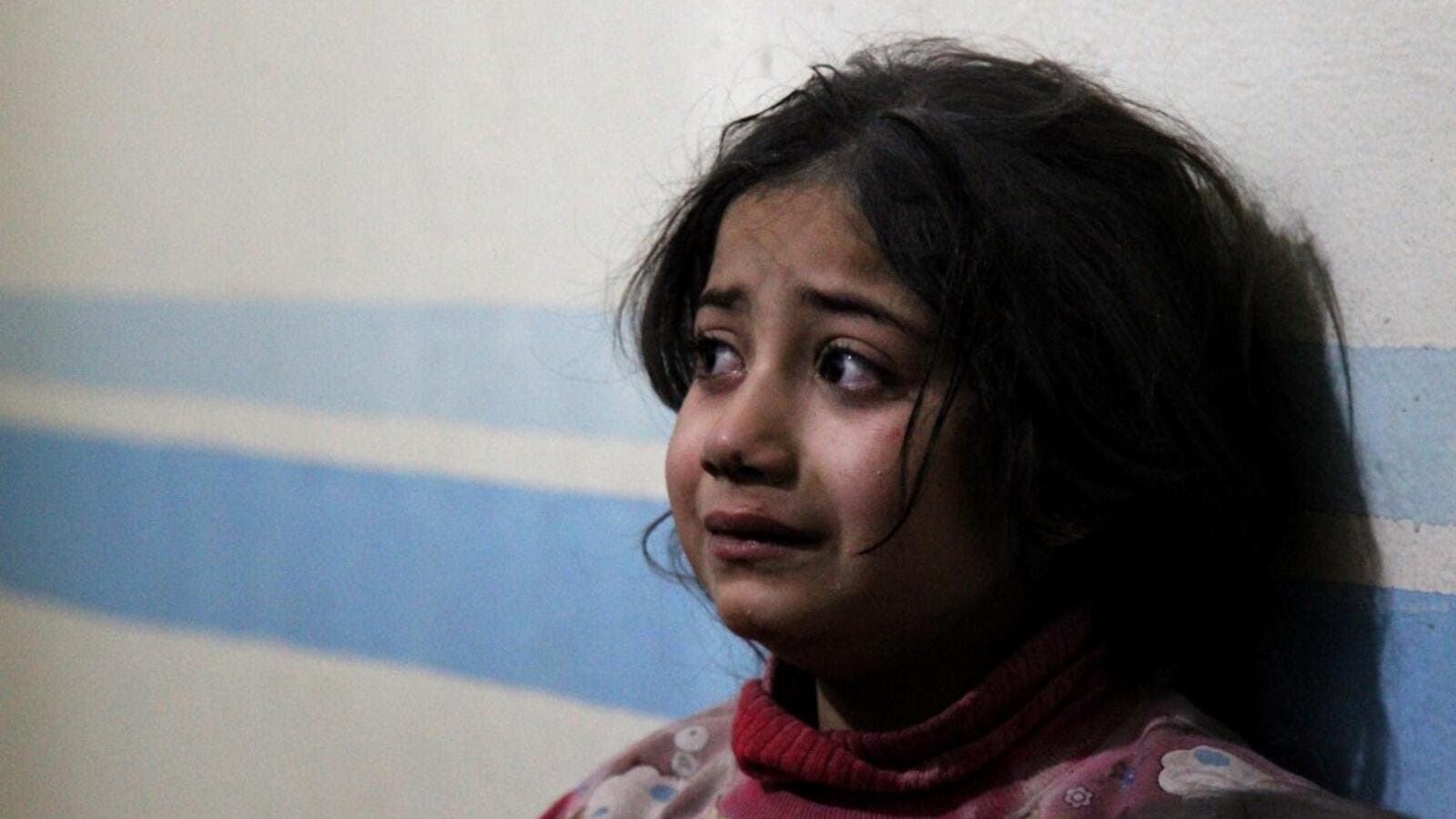 Syria (AFP)
Highlights
People fleeing at night have no shelter and are moving through cold fields, not refugee camps with water, food and shelter, highlighting the hopeless situation for many Syrians in the area.

Dozens of people fled their homes in the Aleppo countryside in the dead of night Monday, facing sub-zero temperatures without shelter as the Syrian regime continues its violent shelling of Idlib.

"At a temperature of -11, dozens of families were forced to flee at night from their homes on foot, as a result of the constant shelling on #Aleppo countryside.

"Our teams have not been able to enter and evacuate them due to Russian and regime direct targeting of any movement," says the White Helmets, a humanitarian aid organisation based in Syria.

As of the writing of this article, Idlib temperature is at -1 degrees Celsius, however, that number plummets at night.

People fleeing at night have no shelter and are moving through cold fields, not refugee camps with water, food and shelter, highlighting the hopeless situation for many Syrians in the area.

Most of those displaced are living in the open or in temporary shelters as rain and snow lashes the Turkish border region. Many of the 700,000 recently displaced are believed to be children.

The Syrian regime's Idlib offensive has sparked the largest civilian displacement in the history of the war, according to a report by the United Nations.

A surge of displaced people sees around 700,000 Syrians flee Idlib province, the biggest exodus of people since the nine-year-conflict began in 2011, as regime forces bomb more towns and cities in northwest Syria.

"In just 10 weeks, since 1 December, some 690,000 people have been displaced from their homes in Idlib and surrounding areas," David Swanson, a spokesperson for the Office for the Coordination of Humanitarian Affairs said.

"This is, from our initial analysis, the largest number of people displaced in a single period since the Syrian crisis began," he added.

The UN has expressed grave concern about the conditions the refugees face in Idlib amid shortages of tents, food and clean water.

Snowfall in some regions and sub-zero temperatures are raising fears of a major humanitarian catastrophe and prompted the United Nations to make an urgent appeal for solutions to the shortages of tents and shelters.

"Existing camps and settlements of internally displaced persons are overcrowded, and shelter in existing houses is getting scarce," the UN refugee agency said Tuesday.

"Many schools and mosques are filled with displaced families, and even finding a place in an unfinished building has become close to impossible," it said.

A prominent ally of Turkish President Recep Tayyip Erdogan has called on Turkey to ready itself to capture Damascus after Syrian regime fire killed a dozen Turkish soldiers over the past week.

"The Turkish nation should plan to enter Damascus and destroy the oppressors if necessary," said Devlet Bahceli, leader of the ultra-nationalist Nationalist Movement Party (MHP).

"Burn Syria, destroy Idlib and damn Assad," he told parliament on Tuesday during a party meeting.

Bahceli's fiery remarks followed the deaths of five Turkish soldiers in the northwestern Syrian province of Idlib on Monday.

Fighting has intensified in the region as Assad forces, bolstered by Russia push to take Idlib, with Turkey pushing back.

Tensions between Ankara and Damascus have reached the brink over the past week, with Turkey threatening to launch what would be its fourth military offensive on Syrian soil over attacks on military posts established under a 2018 ceasefire deal brokered by Russia and Turkey.

Turkey has urged the regime to retreat to the ceasefire lines that were agreed in 2018, warning that if it does not, Ankara will deploy its prepared "Plan B".