Pope Calls on Assad to Stop to Humanitarian Crisis in Syria 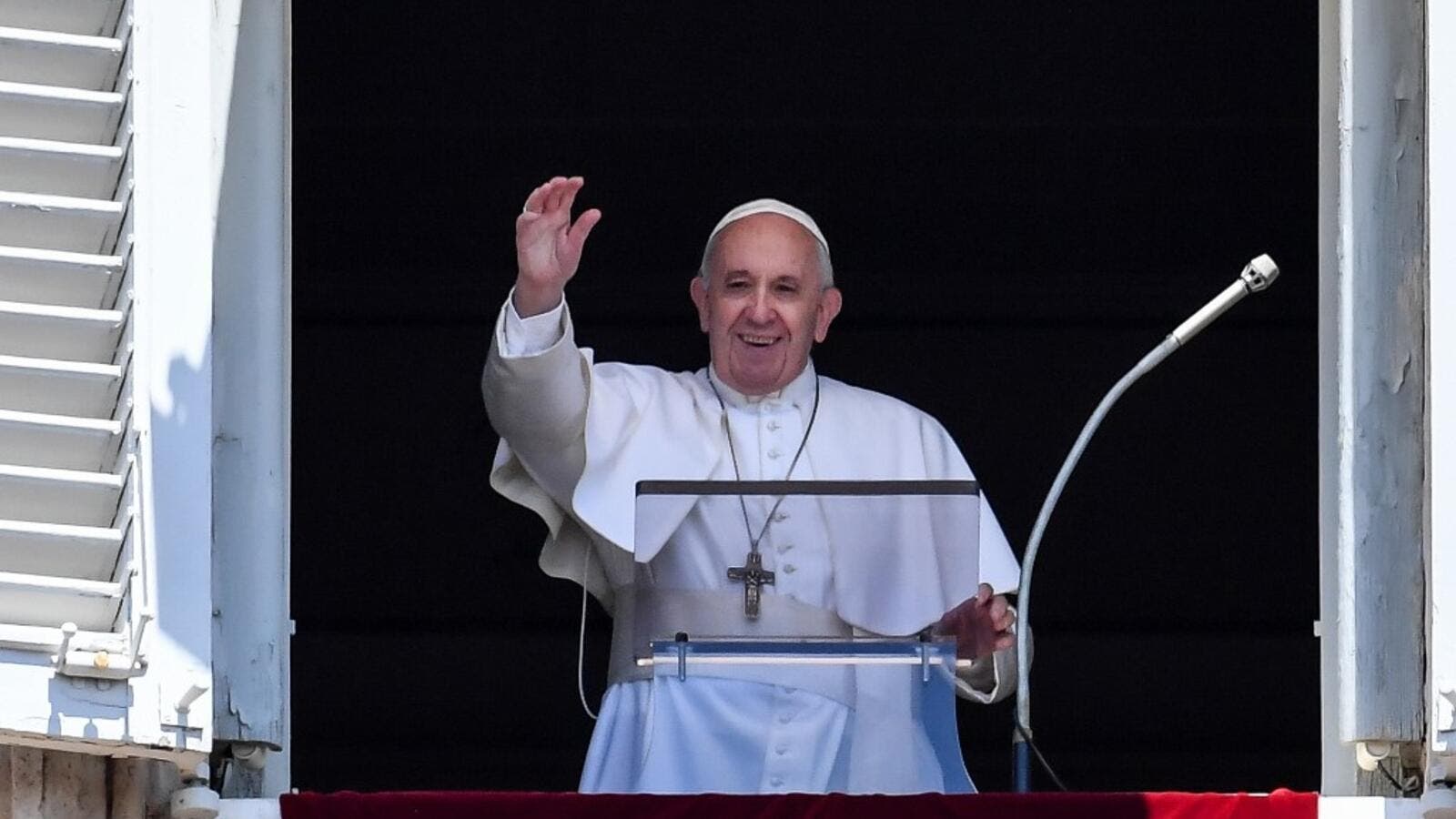 Pope Francis waves to the crowd from the window of the apostolic palace overlooking St Peter's square during the Sunday Angelus prayer, on July 14, 2019 in Vatican. (Andreas SOLARO / AFP)

The office of Syrian President Bashar al-Assad said on Monday that it had received a supportive message from the Vatican, while the Vatican has said that it urged Assad to “protect civilian life” in Idlib and allow refugees to return.

In a post on its Arabic-language Facebook page, the Syrian Presidency said that Assad had received a letter from “the Pope of the Vatican expressing support for the return of stability and the end of the suffering of the Syrian people due to war.”

The letter was given to Assad during a visit by Cardinal Peter Turkson today.

The Syrian Presidency’s Facebook post said that Assad discussed the “crimes and violations committed by terrorists against civilians” with the papal representative, adding that Assad said that the best way to help the Syrian people “was to put pressure on the countries which support the terrorists and want to lengthen the war”.

However, the Vatican’s official Vatican News had a very different take on the visit.

It reported that the Pope Francis’s letter requested “protection of civilian life, an end to the humanitarian catastrophe in Idlib Province, concrete initiatives for a safe return of displaced persons, the release of detainees and access for families to information regarding their loved ones, and humane conditions for political prisoners”.

The Vatican’s Secretary of State, Cardinal Pietro Parolin told Vatican News: “At the heart of this new initiative lies Pope Francis’ and the Holy See’s concern for the emergency humanitarian situation in Syria, in particular in Idlib Province”, adding that a recent military offensive by the regime and Russia “has added to the already extreme living conditions [refugees in Idlib] had to endure in the camps, forcing many of them to flee.”

Read more:Rehabilitating Syria’s Assad, the greatest criminal of our time

More than 650 people – including 150 children - have been killed in a relentless regime assault against Idlib province which began in April 2019. At least 43 people were killed in a Russian airstrike on the city of Maaret al-Numan today.

Parolin said that what was happening in Idlib was “intolerable and inhuman”, noting “the Holy Father asks the President to do everything possible to put an end to this humanitarian catastrophe”.

Parlin assured the Cardinal’s visit was not political but humanitarian, and aimed at getting Assad to carry out “significant gestures in the urgent process of reconciliation” such as “creating the conditions needed for the safe return of exiles and internally displaced people” and “the release of prisoners and the access of families to information about their loved ones.”

More than 6 million Syrians have fled Syria as a result of the Syrian conflict and five million more have been internally displaced. Hundreds of thousands of people have also been detained by the regime, with the fate of thousands unknown. Many prisoners have died due to torture, overcrowding, or disease.

The Syrian conflict began in 2011 following the brutal suppression of peaceful protests by the Assad regime. More than 500,000 people have died as a result, mostly due to regime bombing of civilian areas.