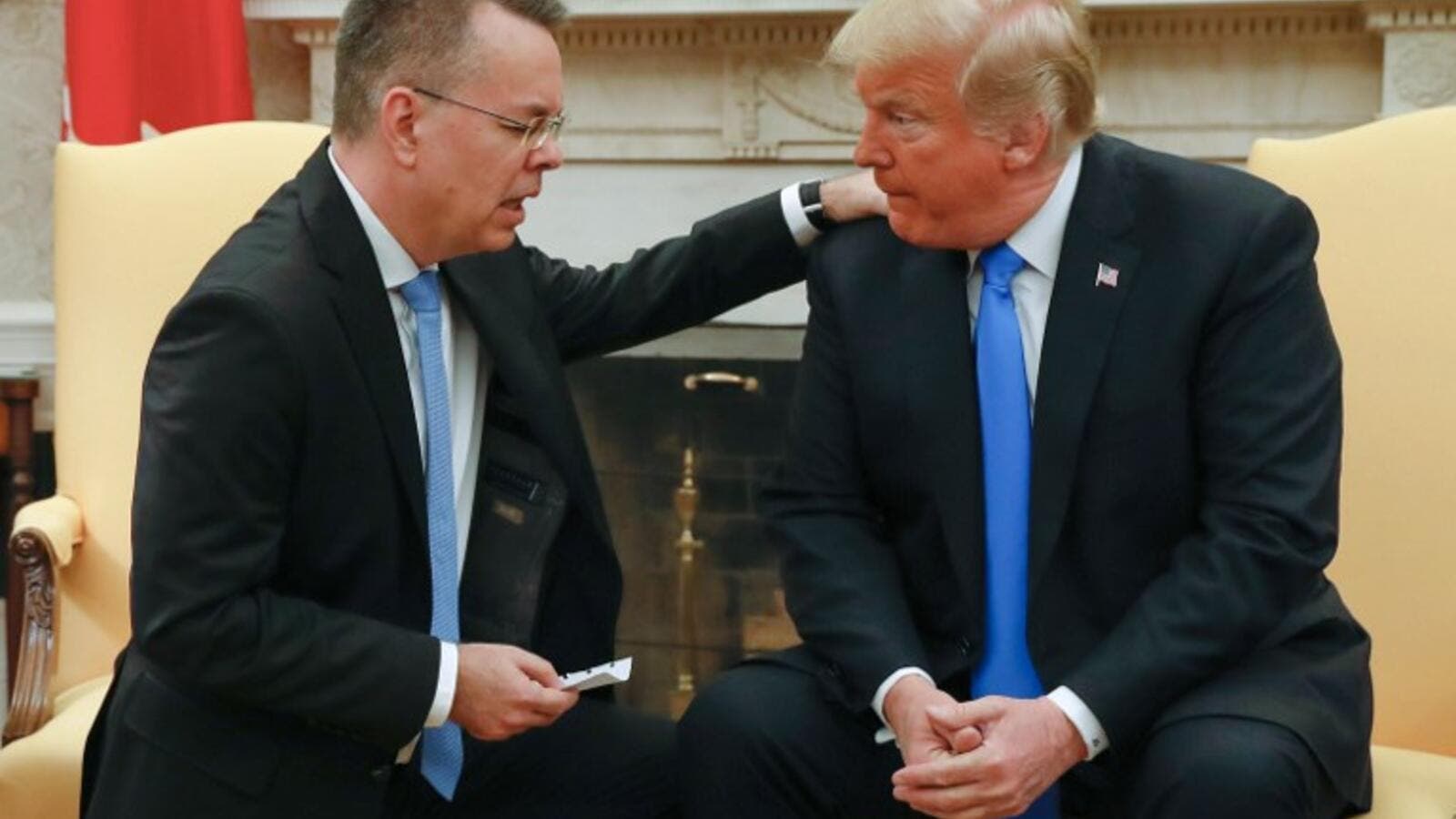 U.S. Pastor Andrew Brunson arrived at the White House to meet with President Donald Trump Saturday, a day after he was released from captivity in Turkey.

"From a Turkish prion, to the White House in 24 hours that's not bad," Trump said before shaking his hand in the Oval Office Saturday afternoon. "You are very, very special to all of us . . . We've been negotiating very hard. We do not pay ransom in this country."

Trump praised Norine Brunson's efforts on her husband's behalf in the meeting, which Brunson attended with his family.

"She was calling and she wanted you out," Trump said.

"I just want to congratulate you because you have galvanized this country," he added. "There's so much interest, and it's your faith, it's your strength . . . The whole world is your fan."

Trump said Brunson is one of 19 people his administration has gotten out of different countries that were being held.

Brunson thanked Trump, top officials in his administration and senators including for their support, and said that going forward he would be focusing on his family and praying for the country.

"You really fought for us, unusually so, from the time you took office I know that you've been engaged" Brunson said. "We're so grateful to so many people in Congress who stood with us and who prayed for us and who fought for us, so we want to thank you."

Trump added that it was a bipartisan effort.

"Honestly, I do think if there ever was a bipartisan event this was it," Trump said.

"We would like to pray for you," Brunson said kneeling before the president and placing his arm on his shoulder to pray for him.

"I think this will be a big step in our relationship," Trump said. "We have had a very harsh relationship over the past number of months because of what was happening."

Brunson arrived shortly after noon at Joint Base Andrews in Maryland.

Brunson was released from house arrest Friday, allowing him to return to the United States after two years being held captive in Turkey. He had been on house arrest since July due to health problems, and in Turkish custody since October 2016 when he was arrested on charges that he spied on the government and aided in a military coup attempt.

White House sources said at the time that Trump had struck a deal with Turkey for his release, including easing sanctions with the country, but in a Twitter post Saturday Trump denied that was the case.

"There was NO DEAL made with Turkey for the release and return of Pastor Andrew Brunson," Trump tweeted. "I don't make deals for hostages. There was, however, great appreciation on behalf of the United States, which will lead to good, perhaps great, relations between the United States & Turkey!"

Trump had been advocating for Brunson's release for months with Evangelical Christians, a significant part of his base, calling for his release.

"The United States will impose large sanctions on Turkey for their long time detainment of Pastor Andrew Brunson, a great Christian, family man and wonderful human being," Trump tweeted in July. "He is suffering greatly. This innocent man of faith should be released immediately!"

The matter had escalated tensions between the countries in recent months with Turkish President Recep Tayyip Erdogan saying in August that Ankara would boycott U.S. electronic products in retaliation for new sanctions levied over Brunson.

U.S. officials said they believe the move releasing Brunson will help strengthen the strained U.S.-Turkey relationship, as Turkey is calling on the United States to help them confront Saudi Arabia. The call for U.S. help stems from Turkish officials belief that Saudi operatives killed Saudi journalist and contributor for The Washington Post Jamal Khashoggi inside the Saudi consulate in Istanbul on Oct. 2.

Khashoggi had been living in the United States fearing arrest for criticizing Saudi leadership prior to his disappearance.

Hatice Cengiz, Khashoggi's fiancee, said he had entered the consulate to obtain paperwork for their upcoming wedding. She said she waited for him outside the consulate on Oct. 2, but he never came back out.

Saudi Arabia officials said that he had left the building, but have not provided evidence.

Trump said the timing is "a total coincidence," unrelated to Khashoggi's disappearance.