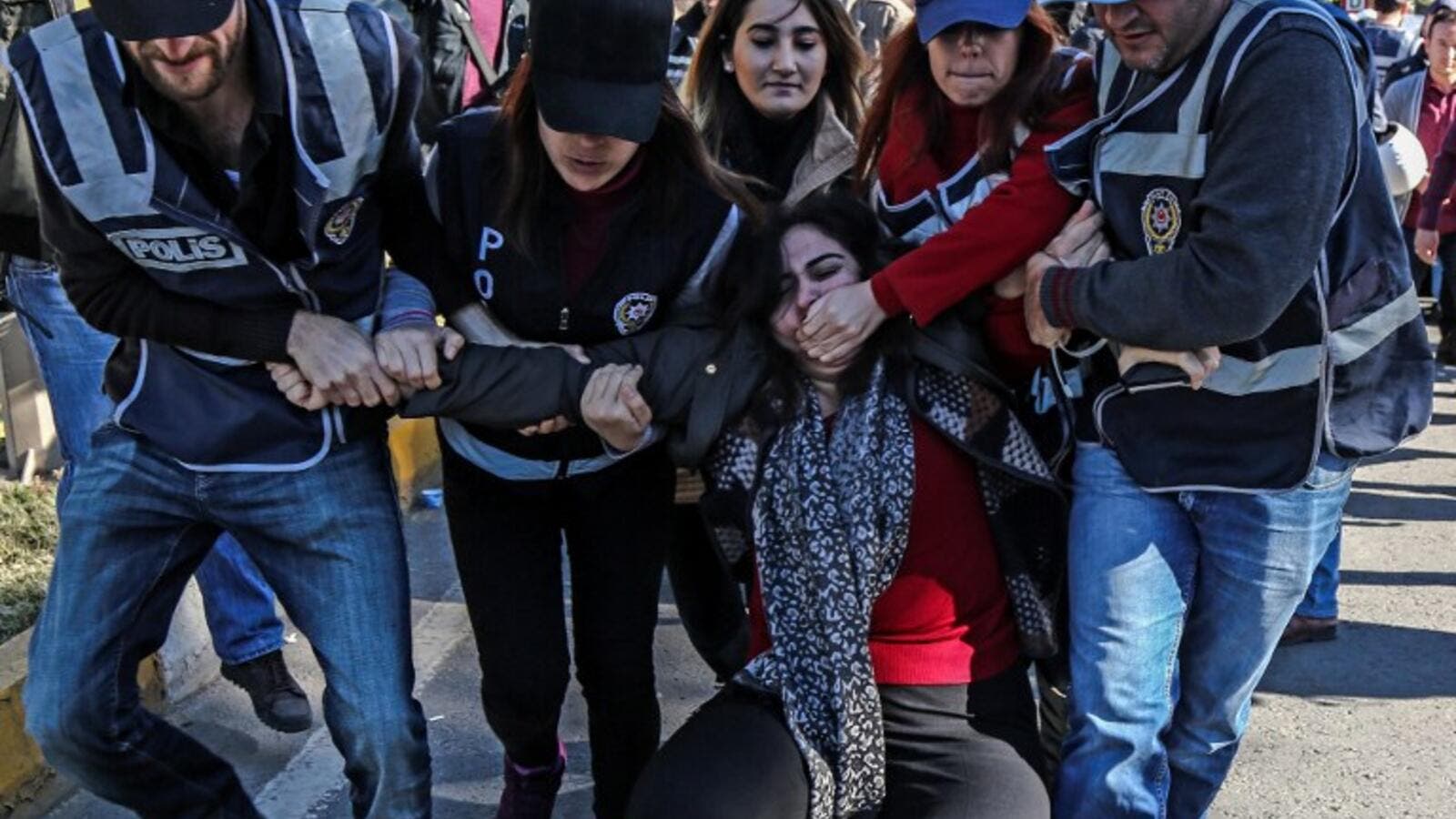 Police have fired tear gas to disperse crowds of demonstrators in Istanbul after arrests overnight of several pro-Kurdish politicians.

Fighting broke out between police and protesters in a number of cities.

Officials say 10 protesters were detained in Ankara, five in Antalya and seven in Istanbul.

Turkish authorities have arrested the leaders of the country’s main pro-Kurdish opposition party.

The arrests have drawn criticism from the UN and EU, as part of a widening crackdown on dissent under President Recep Tayyip Erdogan.

Officials say Selahattin Demirtas and Figen Yuksekdag, co-leaders of the People’s Democratic Party (HDP) are in prison, having been held in overnight raids.

Ten other HDP lawmakers were also detained, although some were later released.

“I will not hesitate to be held accountable in front of a fair and impartial judiciary. There is nothing I cannot answer for,” Demirtas said in a statement to the prosecutor.

But I refuse to be an actor in this judicial theatre just because it was ordered by Erdogan, whose own political past is suspicious,” he continued.

Police cars and armed vehicles had closed off the entrance to the street.

The arrest of elected members of parliament’s third-largest party, along with the detention or suspension of more than 110,000 officials since a failed coup in July, may “go beyond what is permissible”, according to senior human rights official Ravina Shamdasani.

Germany and Denmark have summoned Turkish diplomats over the Kurdish detentions.

The European Parliament President Martin Schulz says the actions “call into question the basis for the sustainable relationship between the EU and Turkey”.

EU foreign policy chief Federica Mogherini says she is “extremely worried” by the arrests and has called a meeting of EU national envoys in Ankara.

There is heightened concern among Western allies about the political direction of Turkey, a NATO member and a buffer between Europe and the conflicts in Syria and Iraq.

“Turkey is a nation of laws, nobody has preferential treatment before the law. What has been done is within the rule of law,” Prime Minister Binali Yildirim told reporters.

“Politics cannot be a shield for committing crimes.”

He has dismissed the bloc’s criticism as “unacceptable."

Editor's note: This article has been edited from the source material.