A statement from Buckingham Palace was released earlier on Thursday saying the Queen was under medical supervision at Balmoral Castle in Scotland.

A statement from Buckingham Palace:https://t.co/2x2oD289nL

Her doctors are concerned for her health, but say the 96-year-old monarch "remains comfortable", the BBC reported.

The family members of Queen Elizabeth II, including Prince William, Prince Andrew, Prince Edward and Sophie Wessex, gathered at Balmoral to be beside her.

At Balmoral, Prince William, Prince Andrew, Prince Edward and Sophie Wessex have arrived in cars at the gates of Balmoral Castle.
All the Queen’s children are now there plus her grandson and two daughter-in-laws. #QueenElizabeth #Queen pic.twitter.com/aiP6bEfodi

Prince Charles, the current Prince of Wales, will now become the King of the United Kingdom following the death of his mother Queen Elizabeth.

Queen Elizabeth II celebrated her historic Platinum Jubilee in 2022 marking the 70th anniversary of her accession to the throne on 6 February 1952. 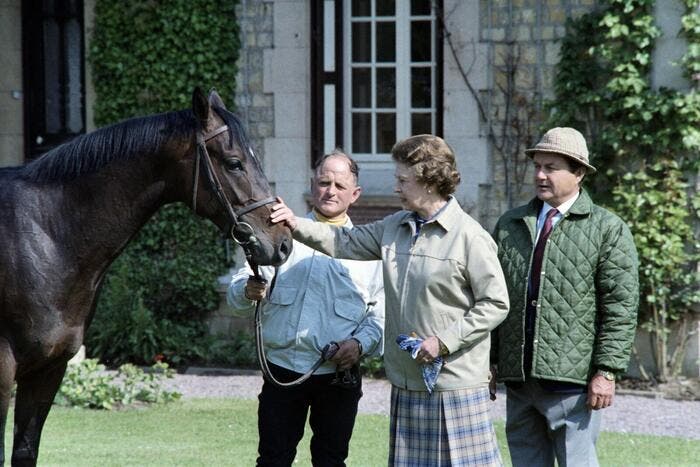 Queen Elizabeth II was born in Mayfair, London to the Duke and Duchess of York, later King George VI and Queen Elizabeth, on 21st, April, 1926. She was educated privately at home and began to undertake public duties during the World War II, serving in the Auxiliary Territorial Service.

Queen Elizabeth II married Philip Mountbatten, a former prince of Greece and Denmark, and their marriage lasted 73 years until his death in April 2021. She has four children Prince Charles, the Prince of Wales; Princess Anne, the Princess Royal; Prince Andrew, Duke of York; and Prince Edward, Earl of Wessex.

The Prince of Wales automatically becomes King Charles III. He had touching last words for his late mother. "The death of my beloved mother, Her Majesty The Queen, is a moment of great sadness for me and all members of my family," Charles said in a statement. "We mourn profoundly the passing of a cherished sovereign and a much-loved mother. I know her loss will be deeply felt through the country, the reals, and the commonwealth, and by countless people around the world.

Emotions poured in to the sad news of Queen Elizabeth who had reigned for over 70 years being described by the new British Prime Minister Liz Truss as the rock that built modern Britain.

Tributes have come over from all over the world such as US president Joe, Biden who said “Her Majesty Queen Elizabeth II was more than a monarch. She defined an era.” He was among a long list of leaders who spoke warmly of Queen Elizabeth that  included Canadian Prime Minister Justin Trudeau, the New Zealand Prime Minister Jacinda  Ardern and many more.

The White House: Statement of President Joe Biden and First Lady Jill Biden on the Death of Queen Elizabeth II.https://t.co/vQC48oOkyg

In Europe French President Emmanuel Macron wrote on twitter  “Her Majesty Queen Elizabeth II embodied the British nation’s continuity and unity for over 70 years....I remember her as a friend of France, a kind-hearted queen who has left a lasting impression on her country and her century” as reported in Anadolu.

Her Majesty Queen Elizabeth II embodied the British nation's continuity and unity for over 70 years. I remember her as a friend of France, a kind-hearted #queen who has left a lasting impression on her country & her century-@EmmanuelMacron French Presidenthttps://t.co/CV9G2vFO5v

He was uttering much praise expressed by leaders around the world such as UN Secretary-General Antonio Guterres who said he was “deeply saddened” and NATO Secretary-General Jens Stoltenberg. He stated Queen Elizabeth II exemplified “selfless leadership and public service” over more than 70 years.

I am deeply saddened at the passing of Her Majesty Queen Elizabeth II, the Queen of the United Kingdom of Great Britain and Northern Ireland. pic.twitter.com/63FEOyRdhT

Finally UPI wrote: A stickler for detail, the queen was permanently aware that she was the figurehead of Britain and the Commonwealth countries over which she presided and could never afford to have an "off" day.

"I declare before you all that my whole life, whether it be long or short, shall be devoted to your service and the service of our great imperial family to which we all belong," she pledged in a speech made on her 21st birthday according to the American news agency.