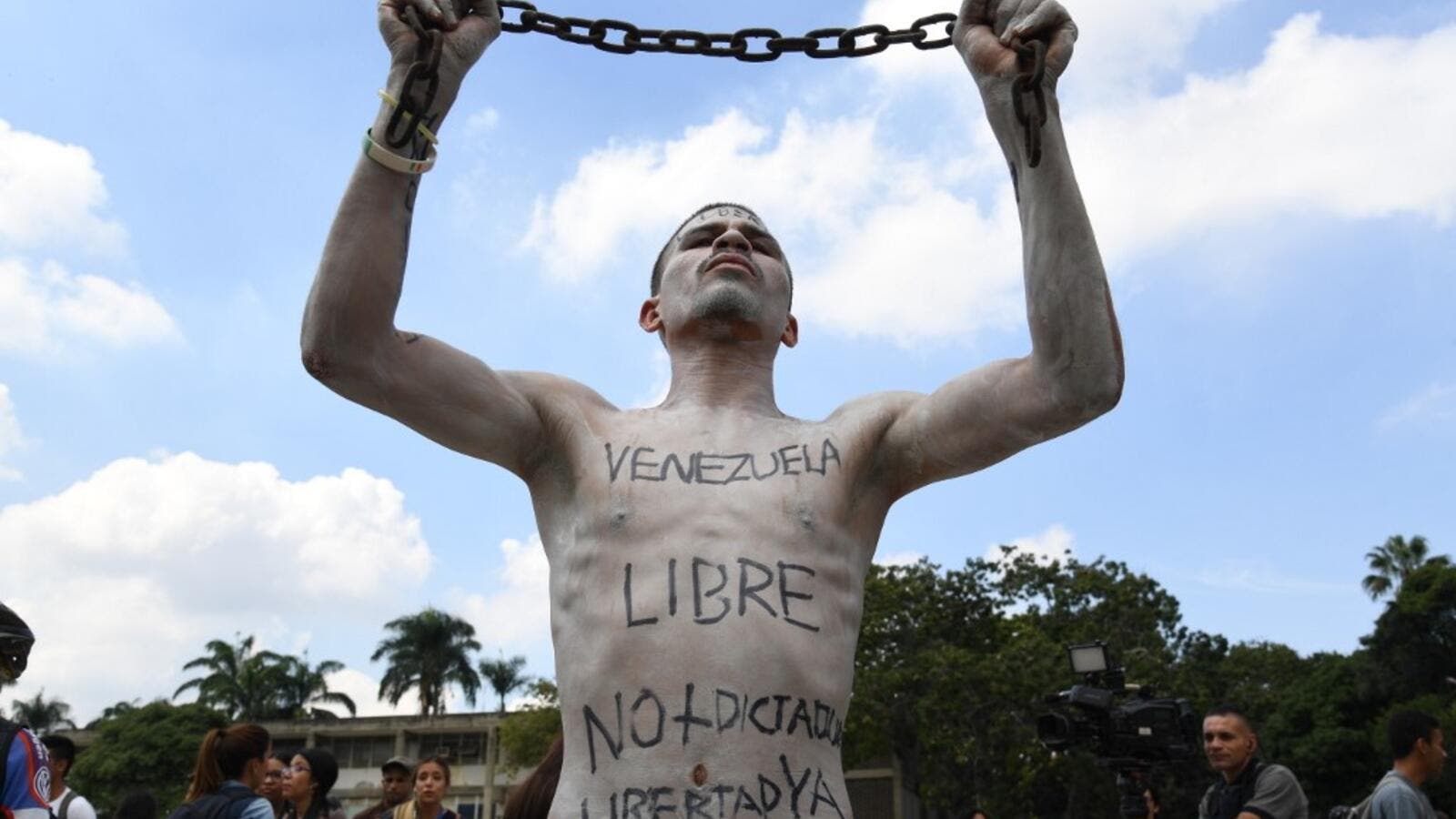 A university student holds a chain with his body painted during a protest against Venezuela's President Nicolas Maduro in Caracas on November 21, 2019. (Yuri CORTEZ / AFP)

The Red Cross has censured the “unacceptable” lack of international funding for humanitarian aid to Venezuela.

Francesco Rocca, the president of the International Federation of Red Cross and Red Crescent Societies, made the warning in a statement on Monday, complaining that the organization’s emergency appeal in September for 50 million dollars of relief aid for Venezuela had led to the provision of less than 10 percent of the requested fund.

“This is not about resources, this is about political will,” Rocca said, stressing that the severe underfunding could affect vital medical treatments and food supplies.

The Red Cross official warned that United Nations (UN) agencies and other humanitarian actors were facing the same lack of funds for Venezuela operations and many people in the Latin American country were “starving and dying” as a result.

Rocca said there were some who wanted “to use the civilian population, their desperation, as a tool to destabilize the country,” without clarification.

Venezuela has been shaken by political unrest since January, when opposition politician Juan Guaido declared himself “interim president” of Venezuela, challenging the outcome of last year’s presidential election, in which President Nicolas Maduro had emerged victorious.

Washington immediately recognized that self-proclamation. Ever since, the US has been escalating tensions against oil-rich Venezuela, and has not ruled out the military option to take out Maduro’s government.

Venezuelans are suffering from a lack of basic necessities under the US sanctions. According to UN statistics, a quarter of Venezuela’s 30-million-strong population is in need of humanitarian aid. At least 3.3 million people have left the country since the end of 2015, the data shows.

Rocca said in the statement that many of those remaining in the Latin American country were “in desperate need,” and denounced international donors’ unwillingness to offer help.

Last Month, the European Union (EU) also extended its own sanctions against Venezuela for one year.