Thousands of children of suspected Daesh/ISIS families trapped in camps northeast of Syria have been abandoned by their governments and are living in dire conditions, according to Save the Children on Thursday. 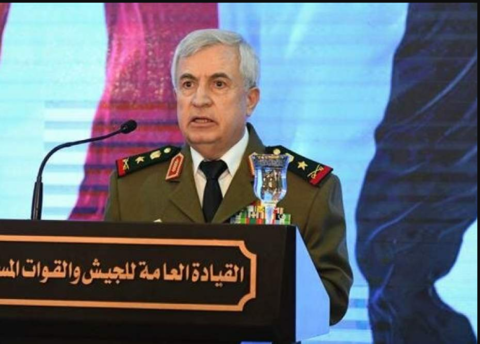 “Conditions in the camps, particularly in Al-Hol, are dire. Al-Hol is severely overcrowded and an unsuitable place for children to grow up in,” the group said in a report.

Two children die every week in al-Hol, one of the overcrowded Syrian camps where families with suspected links to ISIS are stranded, Save the Children says.https://t.co/qt6gHxjvon

“Services are limited and critically overstretched and shelter is inadequate. The scale of the violence, hardship, deprivation and trauma that children living in these camps experience every day cannot be overstated,” it added.

The charity organization estimated that 50% of Al-Hol’s camp population and 55% of Roj’s population are under the age of 12 with the majority hailing from Syria and Iraq. But the report focused on other citizens from around 60 countries across the world, including some of the world’s richest countries.

According to the report, 62 children have died of different reasons in Al-Hol alone so far this year, around two every week.

Children in the camps also lack freedom of movement, inadequate education, lack of water and unsanitary conditions, and lack of healthcare access among others.

The camps currently managed by the YPG/PKK terrorist group have been meant to mainly house families that have lived under the Daesh/ISIS rule.

Thousands of children of suspected Daesh/ISIS families trapped in camps northeast of Syria have been abandoned by their governments and are living in dire conditions, according to Save the Children report https://t.co/7T1xqKSe8X pic.twitter.com/7xw6zzvISZ

The organization slammed EU member states -- the UK, Australia, Norway, the US, and Canada, which are among the world’s wealthiest countries, for their slow repatriation process compared to poorer countries.

Western countries have expressed concern that mass repatriations of Daesh/ISIS-linked families pose a threat to their national security.

But Save the Children demanded that “all governments with nationals in the camps take responsibility and bring children and their families home” in accordance with international law.

“Every day that foreign children and their families stay in the camps are another day they are failed by their governments,” it said.