Published April 21st, 2021 - 09:53 GMT
President of Iran Hassan Rouhani. (Shutterstock/ File Photo)
Highlights
“If Americans act within the framework of honesty, we will achieve results in a short time.”

The US and Iran could reach an agreement to return to the 2015 Iran nuclear deal soon, Iranian President Hassan Rouhani said on Tuesday, following another round of indirect talks between the countries. 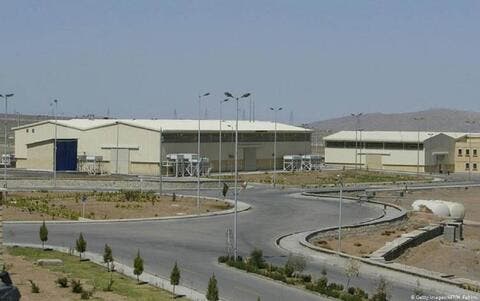 “The talks in Vienna have progressed by about 60 to 70%,” Rouhani said. “If Americans act within the framework of honesty, we will achieve results in a short time.”

Rouhani’s comments came a day after Russia’s Ambassador to International Organizations in Vienna Mikhail Ulyanov tweeted that the negotiations “entered the drafting stage.”

However, Western parties to the Iran deal see mid-May, shortly before the end of Iran’s threatened May 21 deadline to end cooperation with the International Atomic Energy Agency, as its target date to reach an agreement.

Iranian diplomat Abbas Araghchi said on Tuesday that his delegation will pull out of negotiations if there are “excessive demands and time wasting.”

The talks between the US and Iran, facilitated by the European parties to the deal – the UK, France and Germany – are meant to bring both countries back to compliance with the 2015 Joint Comprehensive Plan of Action, which limits Iran’s ability to enrich uranium, while gradually lifting sanctions.

The JCPOA’s restrictions on uranium enrichment expire in 2030, which critics in Israel and beyond say means the agreement provides Iran a path to a nuclear weapon with an international imprimatur.

The negotiations in Vienna are for Iran to scale back its enrichment from 60% – an unprecedented level that it reached in the last week – to the permissible 5%, as well as its other violations of the JCPOA, and for the US to lift sanctions it placed on Iran after leaving the deal in 2018.

In Tuesday’s talks, representatives of the countries involved agreed to return to their capitals to discuss practical steps and sequencing for the US to lift sanctions and for Iran to return to compliance. Negotiations are expected to continue in Vienna next week.

🇺🇸⚛️🇮🇷 The #UnitedStates and #Iran could reach an agreement to return to the 2015 Iran #nuclear deal soon, Iranian President Hassan Rouhani said on Tuesday, following another round of indirect talks between the countries.https://t.co/s4gfGCYoyF

Ulyanov tweeted after the talks that the Joint Commission of the JCPOA “took note with satisfaction of the progress made in negotiations to restore the nuclear deal.”

“I continue to think that diplomacy is [the] only way forward for the JCPOA to address ongoing challenges,” Mora tweeted.

Earlier Tuesday, Foreign Minister Gabi Ashkenazi called on world powers to ensure Iran cannot develop a nuclear weapon in the future, which would be a major shift from the 2015 deal.

“Iran is undermining the stability of the entire Middle East and the international community must act to not allow Iran to reach nuclear capabilities – not today and not in the future,” Ashkenazi said in a meeting with UK Cabinet Office Minister Michael Gove, who was visiting Israel to learn about post-COVID-19 policies.

On Sunday, Israel’s Diplomatic-Security Cabinet held a meeting on the Iranian threat.

Sources in the meeting expressed concern that the US is charging into a deal “at all costs” without addressing security concerns. 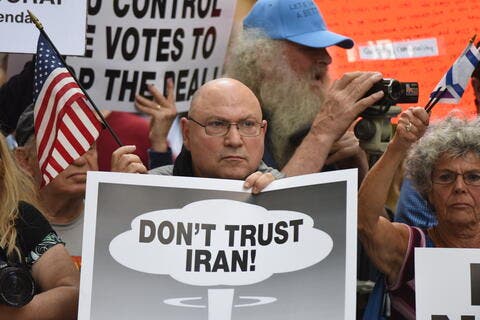 US Secretary of State Antony Blinken has said that the US would seek a “longer and stronger” Iran deal, with administration officials and US President Joe Biden himself mentioning possible additional elements such as limiting Iran’s ballistic missile program and its aggression across the Middle East.

Israeli officials have questioned whether the US will have the leverage to bring Iran back to the negotiating table to lengthen and strengthen the nuclear deal if Washington lifts sanctions on Tehran only to rejoin it.