Published February 27th, 2022 - 06:30 GMT
Ukrainians living in South Korea march during a protest against Russia's invasion of Ukraine, near the Russian embassy in Seoul on February 27, 2022. (Photo by Jung Yeon-je / AFP) 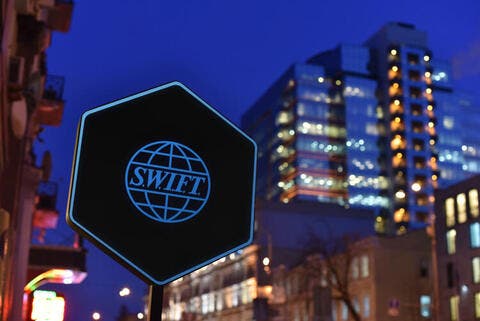 "We're aware that Twitter is being restricted for some people in Russia and are working to keep our service safe and accessible," Twitter Support stated on Saturday.

A Twitter representative declined to answer an inquiry from The Washington Post as to whether Russian authorities gave the company a reason for the shutdowns.

Protestors took to the streets in Moscow, St. Petersburg and other Russian cities to demonstrate their opposition to aggression in Ukraine after President Vladmir Putin declared war on Thursday. Russian police arrested more than 1,800 protestors on Thursday and another 500 on Friday.

The restriction of the social media platform in Russia adds to the mounting pressure on technology companies to wield their tremendous power to sway the Ukrainian conflict against Russia.

On Friday, Ukrainian digital minister Mykhailo Fedorov sent an exclamation point-filled letter to Apple CEO Tim Cook asking him to block the Apple Store for citizens of the Russian Federation, claiming it could help sway Russian opinion against the war.

"In 2022, modern technology is perhaps the best answer to the tanks, multiple rocket launchers and missiles," Federov wrote.

"I appeal to you and I am sure that you will not only hear, but also do everything possible to protect Ukraine, Europe, and finally the entire democratic world from bloody authoritarian aggression -- to stop supplying Apple service and products to the Russian Federation, including blocking access to App store!"